Caprice has criticised the government for ‘not doing enough’ to track and trace travellers amid the ongoing COVID-19 pandemic.

The model, 48, recently returned to her London home from a trip to Ibiza and is now entering her second week of quarantine − during which she has been seen taking on the viral wine challenge as she passes time at home.

But the star, who has been outspoken about the way in which British officials should be handling the novel coronavirus crisis, is now urging from more stringent action, sources have exclusively revealed to MailOnline. 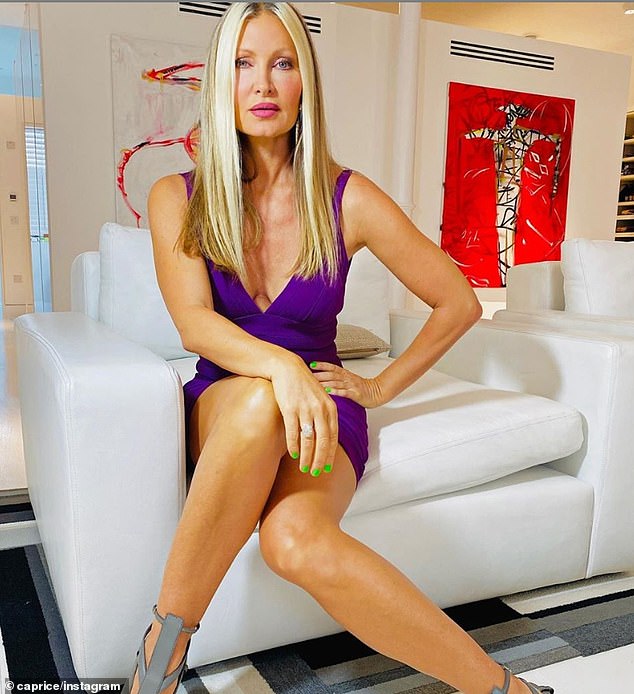 Speaking out: Caprice has criticised the government for ‘not doing enough’ to track and trace travellers amid the ongoing COVID-19 pandemic

A source said: ‘Caprice and family are in their second week of quarantine after returning from Ibiza. She was surprised she received a call from someone to check she was actually at home and quarantining.

‘She was impressed by this but doesn’t think the government is doing enough. She feels there could be much smarter airport testing like in other countries.’

According to the source, Caprice cites ‘official research’ in insisting that while airport testing detects 7 per cent of potential cases, conducting a second test five days later would pick up 85 per cent, while a space of eight days would yield 96 per cent. 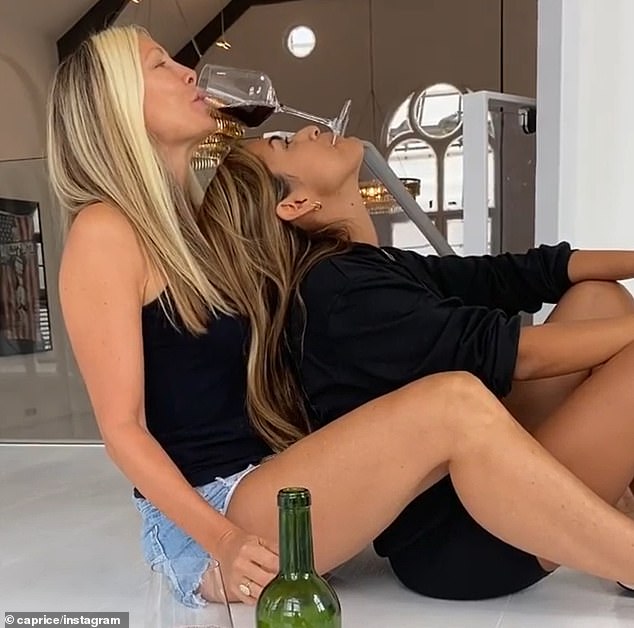 Viral challenge: The star has been isolating at home, after returning to London from Ibiza. On Tuesday, she shared a clip of herself taking part in the viral wine challenge

‘This has been successful in other countries,’ explained the source. ‘It is just another thing that is crippling the economy and what we all need now is to stabilise and help it grow, not weaken the economy even more.’

As she spends her time at home, the California native took to Instagram on Tuesday to share a clip of herself taking on TikTok’s popular #WineChallenge.

During the challenge, one person holds the stem of a wine glass in their mouth, as they lean back to feed the contents of the glass to the person sitting behind them.

In Caprice’s case, she was seen taking on the role of the wine drinker, though she was left in fits of laughter as the challenge didn’t prove to be too successful. 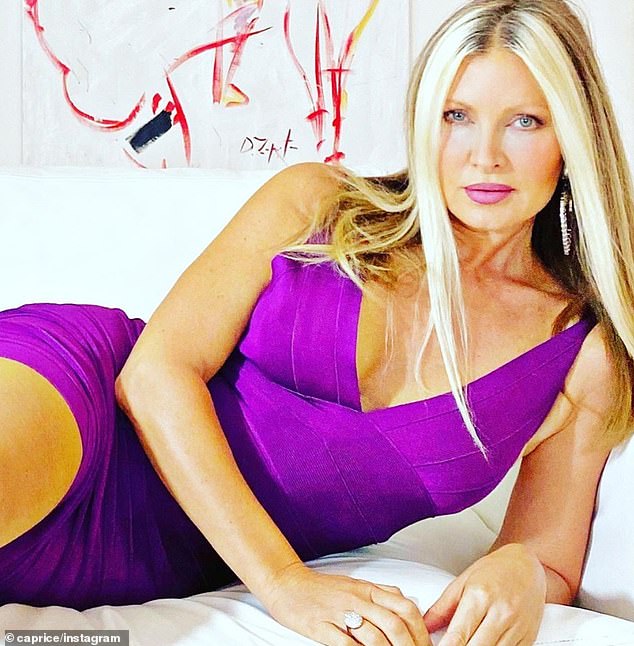 Glamorous: The star also shared snaps of herself getting glammed up for a ‘date night’ at home 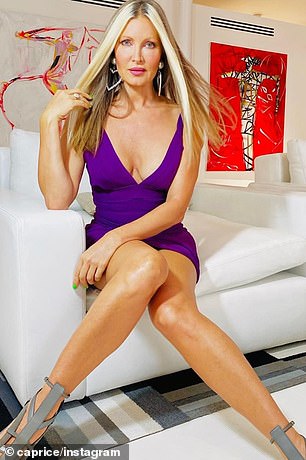 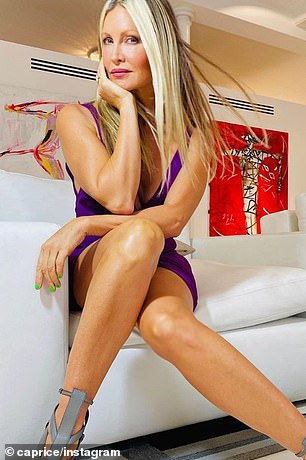 Criticism: Caprice has made headlines in recent months for speaking out against the way the British government has been handling the ongoing novel coronavirus pandemic

However, after a little red wine spillage, she got glammed up for a ‘date night’ at home with her financier husband Ty Comfort, 54.

Said the source: ‘She is trying to pass the time by having fun with her family, concentrating on her By Caprice Home brand and she even got dressed up for a date night with her hubby Ty.

‘She loves making the effort and looking sexy for her man, even if they are just at home.

‘Caprice usually doesn’t drink much alcohol and even though she can cook a meal, after the “wine challenge” inspired by Cameron Diaz and Molly Simms she ended up burning the entire dinner and had to order in pizza.’ 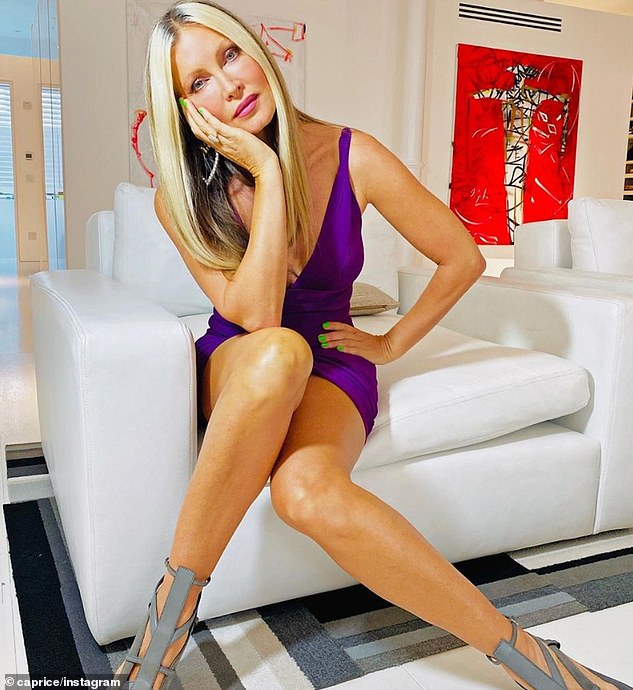 Testing: A source said of Caprice, ‘[She] doesn’t think the government is doing enough. She feels there could be much smarter airport testing like in other countries’ 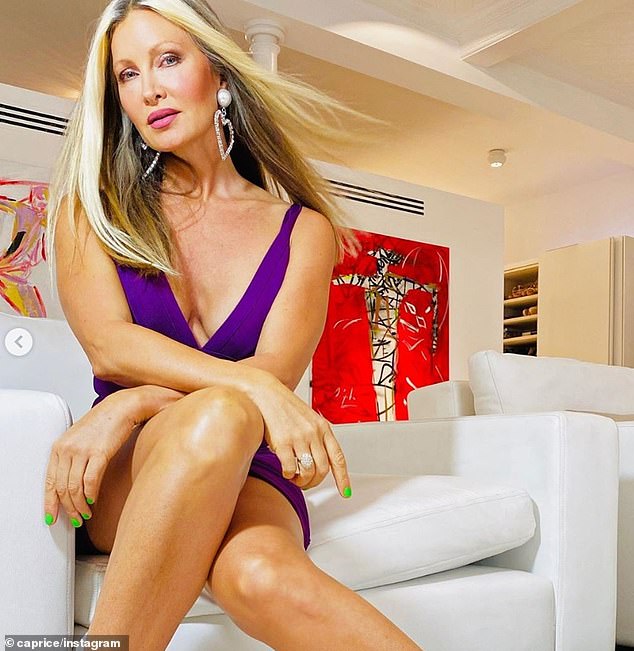 Economy concerns: The source added of the star’s view on the pandemic, ‘It is just another thing that is crippling the economy and what we all need now is to stabilise and help it grow’

The star’s social media post comes one week after she shared an impassioned video on Instagram in which she slammed celebrities for letting charities down, leaving her to donate thousands.

She said: ‘This week I’ve been upset. A lot of my charities have been calling me and asking to pick up the pieces. They’ve had a lot of people let them down.’

Model Caprice said both she and her millionaire husband Ty have been helping out where they can.

A source close to Caprice told MailOnline: ‘Caprice received a call on her mobile phone from a charity who urgently needed a private donation because they had been let down by a celebrity who’d promised some funds but didn’t see it through. 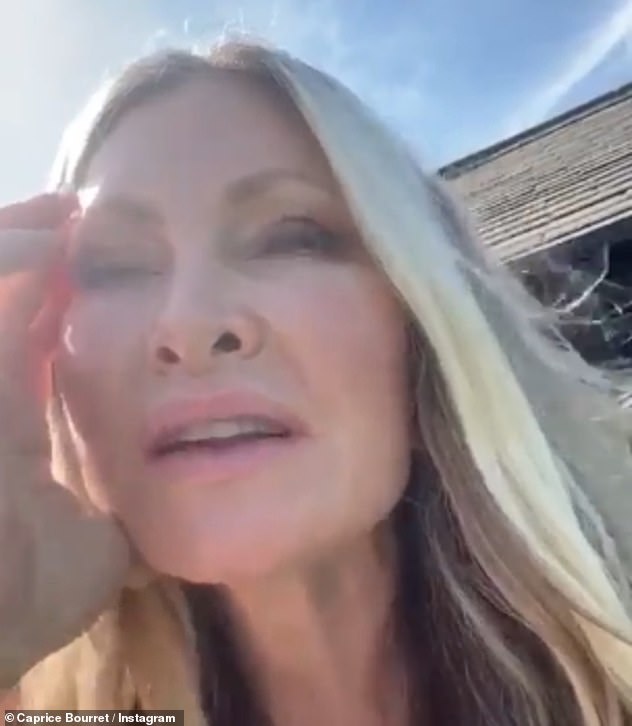 Let down: Last week, Caprice claimed on Instagram that she and her husband Ty Comfort are bailing out charities after they’ve been let down by celebrities

‘Caprice is sick and tired of rich people not digging deep into their pockets, not just money but time too. ‘

The source added: ‘She understands it is a really tough time, but now is the time to really reach out and to help the communities to survive.

‘Caprice and her husband financier Ty, have literally given tens of thousands of pounds to charities in recent years.

‘Yet some people are keen to promote the hell out of charities on social media but never actually pull money out of their own pockets.’

Caprice has been inundated with charity requests but she sadly can’t get to everyone, she wishes she could. 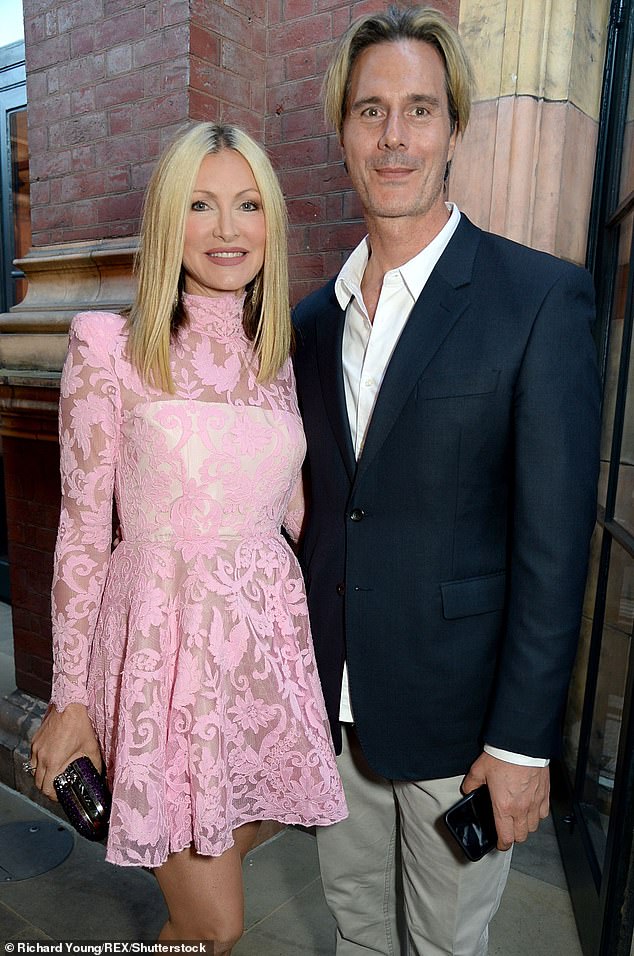 Donations: A source told MailOnline, ‘Caprice and her husband financier Ty, have literally given tens of thousands of pounds to charities in recent years’ (pictured in 2018)

Talking to her followers, Caprice said: ‘It’s a really tough time. Some days we have great days that inspire us, instigate creativity, that bring us closer to our family.

And then we have really bad days, loneliness, really looking deep within and wanting to make changes, scared of the future.

‘A lot of people in fortunate positions – I understand. It’s a really tough time right now and it’s a scary time but these charities rely on us and so I am going in and doing the best that I can.’

She added: ‘Of course I can’t do as much as I could in the past but I am still making it a priority to try and help people with whatever I can do.

‘It’s upsetting to hear that so many people are letting these charities down. Even the smallest bit helps.’ 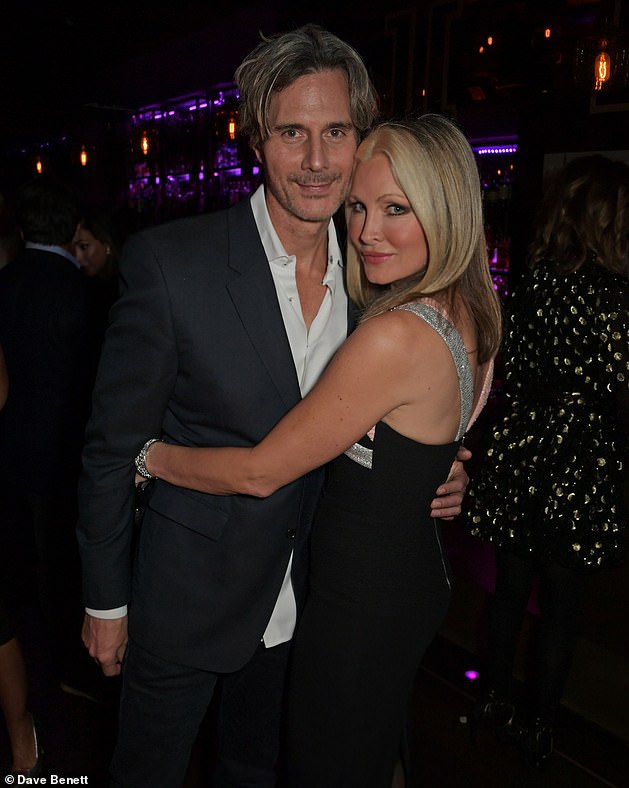 Love at first sight: Caprice and Ty began dating in 2011 after being introduced by a friend (pictured in January)