Celebrity chef and conspiracy theorist Pete Evans has encouraged his followers to attend a ‘freedom day’ protest to call for the end of coronavirus lockdown.

The dumped My Kitchen Rules host appeared in a promotional video for the nationwide rally, which is happening on Saturday.

‘I invite everybody to stand tall and share their love,’ Evans said.

Evans, who wore a Bunnings Warehouse cap, grinned to the camera while delivering his short message. 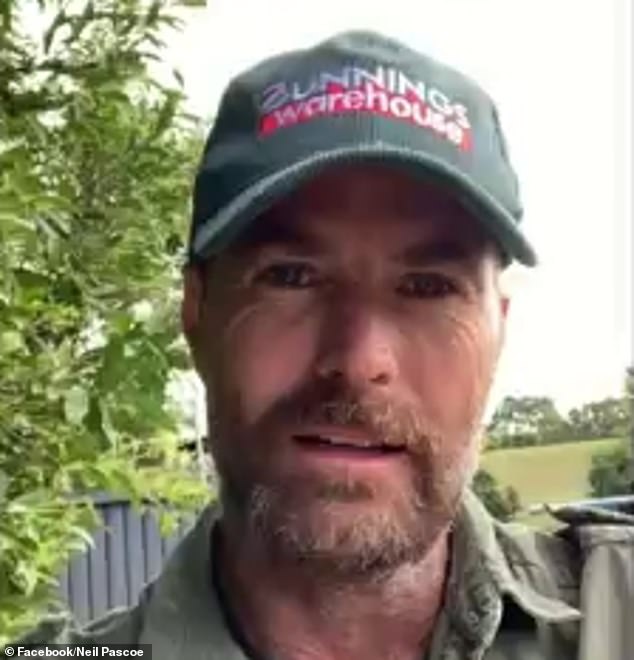 It comes after pregnant woman Zoe Lee Buhler was charged with incitement for creating a Facebook post about a rally in Ballarat.

The video, which features Evans, urges Australians to unite and stand up for ‘freedom’, against restrictions introduced to stop the spread of the virus.

‘This is a scam and we all know it,’ one woman says in the video.

‘This is a political agenda. We will make these bastards accountable.’

A man says: ‘The evil has placed their cards on the table for everybody to see. The world has awoken.’

‘One day. One nation. The people unite and stand for our freedoms,’ the post read.

‘Let’s make this a public holiday and day none of us will ever forget. The first annual freedom day.’

March 2015: His book is pulled from shelves due to its bone broth recipe for infants

April 2017: Pete campaigns against the ‘mass fluoridation of public water’

December 2018: Pete reveals he looks directly into the sun

April 2020: Pete’s ketogenic recipe book is slammed by health professionals and he is fined for promoting his ‘healing lamp’

May 2020: Reveals he is an anti-vaxxer during Kyle And Jackie O radio interview

June 2020: Shares his conspiracy theories about COVID-19 on 60 Minutes 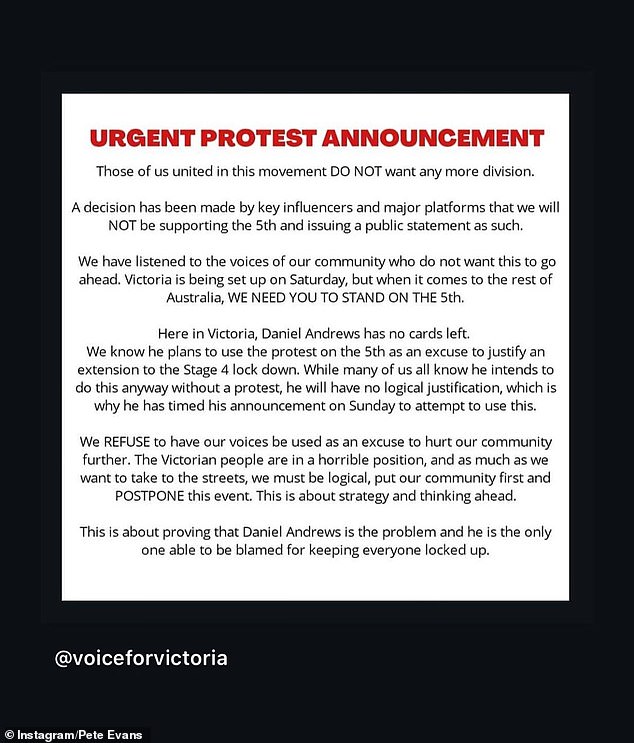 On Friday, Evans shared an Instagram story of a protest announcement (pictured)

On Friday, Evans shared an Instagram story of a protest announcement.

The Voice for Victoria post said Victorians should not attend the protest on Saturday as they were being ‘set up’ by the government.

‘We have listened to the voices of our community who do not want this to go ahead,’ the post said.

‘Victoria is being set up on Saturday, but when it comes to the rest of Australia, we need you to stand on the 5th.’

The post claims Premier Daniel Andrews would use the protest to justify an extension of Melbourne’s Stage Four lockdown. 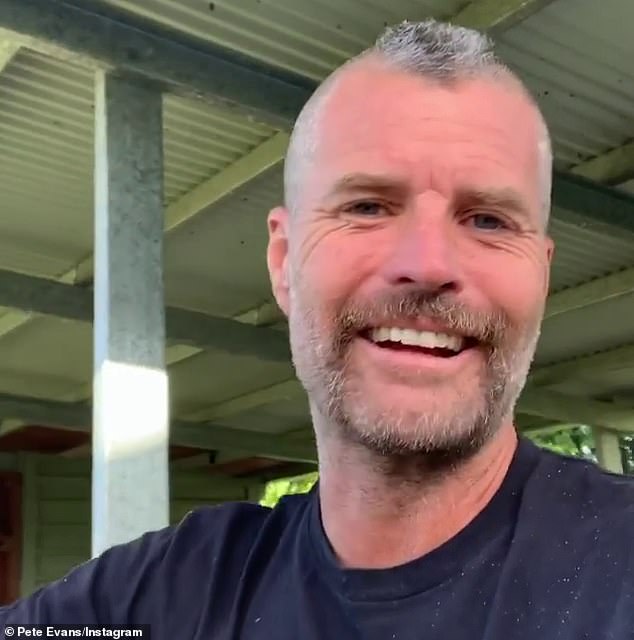 Evans shares dozens of posts, memes, and videos a week on social media denying the severity of coronavirus while hawking phony ‘health’ products

Victorian Police have vowed to stop protests from going ahead.

‘You can’t ignore the reality you’re in and give yourself a leave pass and go and do something that, in all likelihood, will contribute to the spread of this (virus),’ Mr Andrews said.

‘That’s not safe, not smart, not lawful and Victoria Police will do whatever they have to do, within a framework of course, of being proportionate and fair.’

Another alleged anti-lockdown protester has filmed his own arrest as Mr Andrews again urges people not to attend a planned Melbourne rally.

The Taylors Hill man posted a Facebook video of Victoria Police breaking down his front door on Friday morning while they executed a search warrant.

He is the fourth man to be arrested for incitement over the planned Freedom Day rally on Saturday at inner-city Melbourne locations, including the Shrine Of Remembrance.

Evans shares dozens of posts, memes, and videos a week on social media denying the severity of coronavirus while hawking phony ‘health’ products.

He has been widely criticised for falsely referring to the health crisis as a ‘plandemic’ orchestrated by government officials.