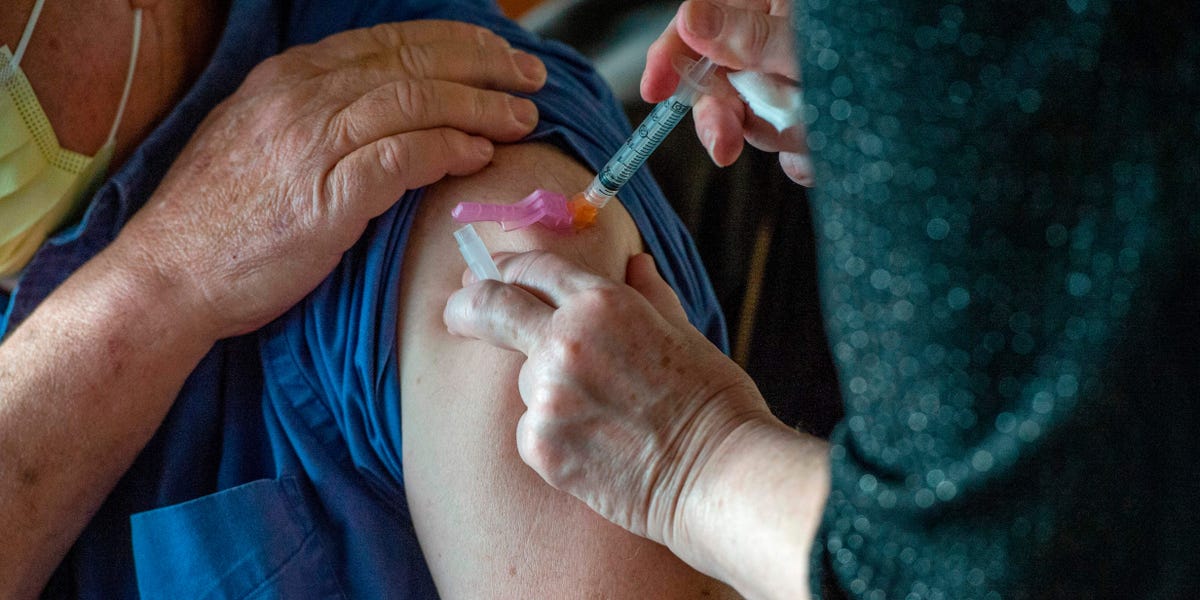 A COVID-19 booster vaccine that could protect against multiple virus variants at once is being tested in humans for the first time.

The vaccine, called GRT-R910, uses a new technology called self-amplifying messenger-ribonucleic acid (mRNA), which replicates itself once injected into muscle. COVID-19 vaccines from Pfizer and Moderna use mRNA, which teaches our body how to make a protein that triggers an immune response, but it cannot self-replicate.

The trial, which is sponsored by the US National Institute of Health, will eventually recruit 20 volunteers, all over the age of 60, the company said.

Gritstone, the US pharmaceutical company that developed GRT-R910, said in a press release on Monday that the vaccine could boost the immune response of “first generation COVID-19 vaccines” to a “wide array” of coronavirus variants.

Results of the trial are expected in early 2022, Gritstone said.

Andrew Ustianowski, honorary clinical chair at University of Manchester and study local lead investigator, said in a statement that “we think GRT-R910 as a booster vaccination will elicit strong, durable, and broad immune responses, which are likely to be critical in maintaining protection of this vulnerable elderly population who are particularly at risk of hospitalisation and death.”

Andrew Clarke, 63, and his wife Helen Clarke, 64, were the first to receive GRT-R910 as part of an early stage trial at Manchester University NHS Foundation Trust, UK, on Monday.

Self-amplifying mRNA could potentially be developed on hospital sites tailored for specific outbreaks, rather than in large centralized factories.

On Friday, the Food and Drug Administration recommended an extra dose of Pfizer’s COVID-19 vaccine for fully vaccinated Americans aged 65 and older, and for younger people at risk of severe illness.