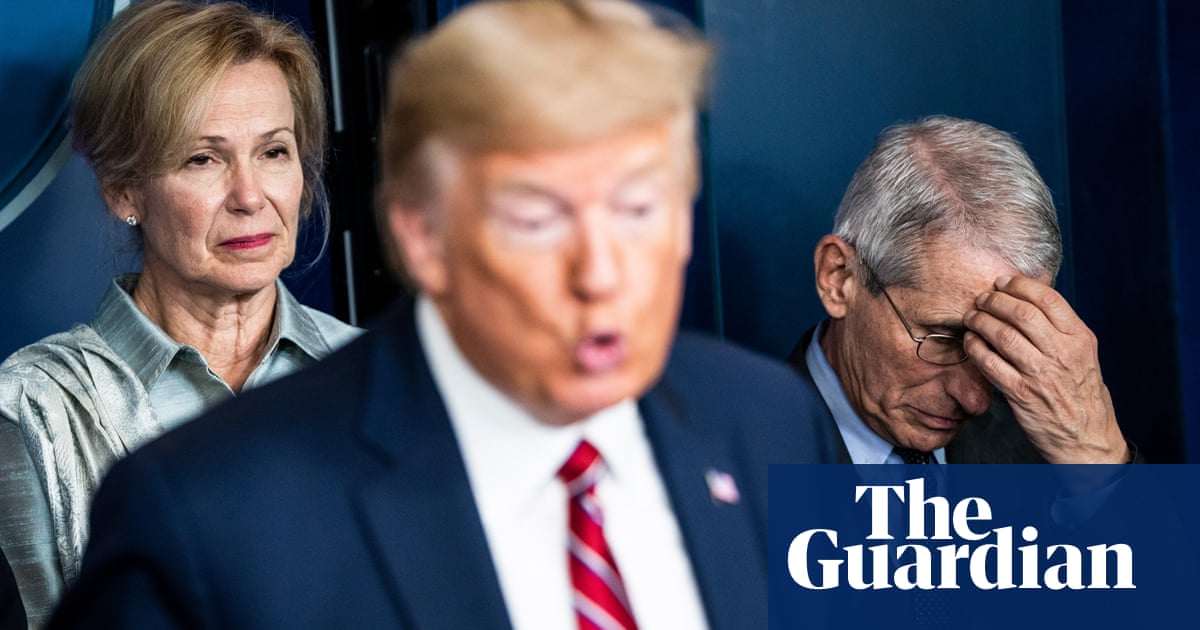 The White House coronavirus taskforce’s most senior public health expert, Anthony Fauci, said on Friday that it would probably take another year before life returns to a sense of “normality” in the US, even if a successful Covid-19 vaccine is approved in the next few months.

“If you’re talking about getting back to a degree of normality, which resembles where we were prior to Covid, it’s gonna be well into 2021. Maybe even towards the end of 2021,” he warned in an interview with MSNBC.

And in an apparent rebuke to Donald Trump’s claim this week that the US is “rounding the corner” on Covid-19, Fauci said that current data on the pandemic is, in fact, “disturbing”.

Fauci was asked in the interview on Friday about the president’s most recent comments on the virus, in which he also said: “We’re rounding the final turn, and a lot of good things are happening.”

Fauci said: “I’m sorry, but I have to disagree with that, because if you look at the thing that you just mentioned, the statistics, Andrea, they’re disturbing. We’re plateauing at around 40,000 [new] cases a day and the deaths are around 1,000.”

Fauci was speaking with MSNBC’s Andrea Mitchell a day after the president told a White House press briefing: “I really do believe we’re rounding the corner.”

Trump’s comment came two days after recordings of the president showed he had knowingly played down the threat of the virus in early February to prevent what he called “panic”, while admitting to journalist Bob Woodward at the time in interviews for a forthcoming book that he knew Covid-19 was “deadly stuff” and worse than bad influenza.

Asked to evaluate Trump’s minimization, Fauci said: “When you downplay something, that’s really a threat and not a good thing.”

The US has a world record 6.3m cases of Covid-19 and almost 200,000 people have died, according to Johns Hopkins data.

While daily new cases in the US have halved since late July, when rates peaked at around 70,000 new casesa day, Fauci reiterated his concern that the approach of fall and winter – when people will spend more time indoors – could push the US into a “precarious situation”.

“When you have a baseline of infections that are 40,000 per day and you have threats of increased test positivity in certain regions of the country, such as the Dakotas and Montana and places like that … You don’t want to start off already with a baseline that’s so high,” he said.

Fauci’s comments come a day after reports indicated that a Trump administration appointee at the Department of Health and Human Services had tried to encourage officials at the National Institutes of Health, where Fauci works, to steer the expert on his public comments.

On Thursday Fauci said: “We need to hunker down and get through this fall and winter because it’s not going to be easy.”

On the infection rate, he said: “I keep looking at that curve and I get more depressed and more depressed about the fact that we never really get down to the baseline that I’d like,” he said.

Fauci told MSNBC he was confident that the vaccine approval process is going to be done correctly.

Meanwhile, Holden Thorpe, the editor-in-chief of Science, the top US scientific journal, wrote on Friday that Trump “deliberately lied about science in a way that … directly led to widespread deaths of Americans”, adding that “this may be the most shameful moment in the history of US science policy.”