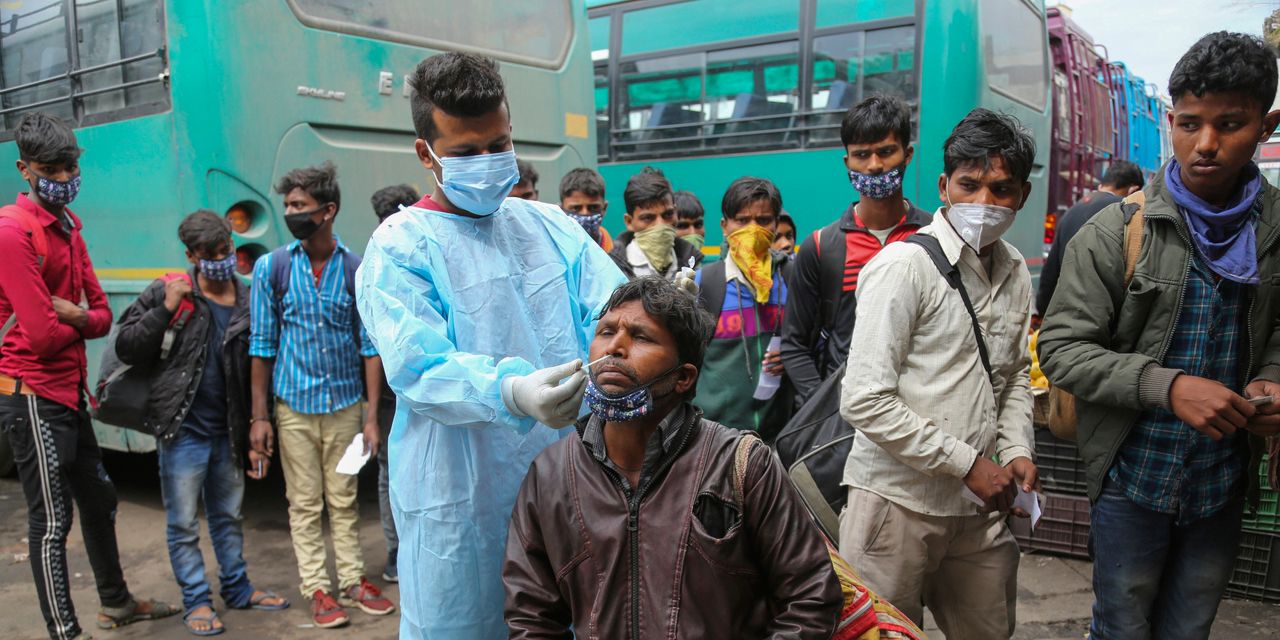 NEW DELHI—As it battles a huge surge in coronavirus cases, India trails many other countries in the genomic sequencing necessary to track emerging variants, creating a blind spot for local and global health officials.

The country has become ground zero for the pandemic, topping 200,000 daily infection cases this week, higher than an earlier peak in September. With its population of more than 1.3 billion people and skyrocketing infections, India has a higher chance of developing variants, which may take root and spread beyond its borders, public health experts said.

“Where you have that many people affected, there’s a higher chance” of new strains because there are more opportunities for the virus to mutate, said Alina Chan, a postdoctoral researcher focused on gene therapy and cell engineering at the Broad Institute of MIT and Harvard. “The size of the infected population is what drives the emergence of new variants.”

Even with robust sequencing, countries can struggle to rein in highly infectious variants with public health interventions, experts said. Nations that don’t do much genomic sequencing are blind spots where a strain can develop and spread to multiple countries before discovery. Scientists still haven’t been able to determine definitively where the U.K., South African and Brazilian variants originated.

Last month, India’s health ministry said its labs had detected all three variants in collected samples, along with a new “double-mutant variant,” which public health experts say may have originated in India. The strain has two mutations, seen separately before in other variants, but never together in one variant.