The number of new confirmed cases of COVID-19 in France rose by 6,544 over the last 24 hours to give a total of 335,524 cases, the health ministry said on Tuesday, as the country battles to avert a second wave of the virus.

France has the world’s seventh-highest COVID-19 death toll, and authorities are scrutinising the data to see what measures might be needed to help it cope with an expected second wave of the virus this winter.

The government has said that while it will do all it can to avoid another nationwide lockdown, such as that imposed across the country from March to May, it will nevertheless keep all its options open.

Health Minister Olivier Veran said earlier on Tuesday that the COVID-19 situation was worrying, although he felt a big second wave of infections could be avoided. 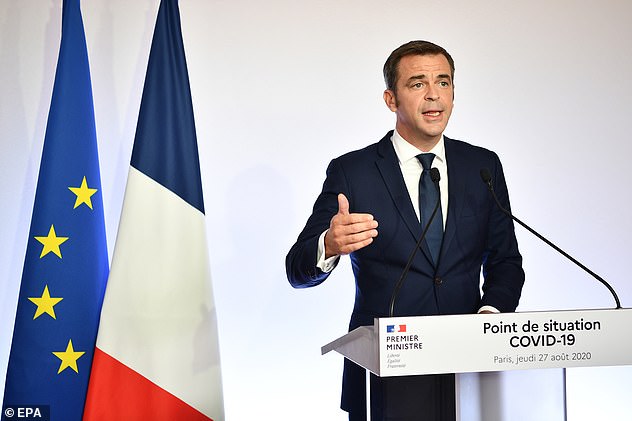 French Health Minister Olivier Veran speaks during a press conference on the situation of the ongoing coronavirus COVID-19 pandemic in France at the Hotel de Matignon in Paris, France, 27 August 2020 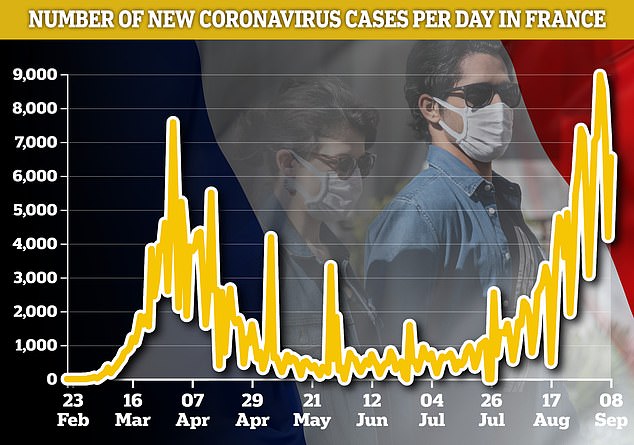 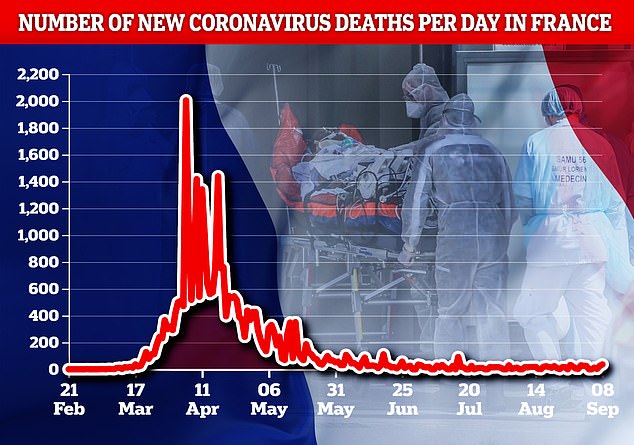 ‘The reproduction rate of the virus stands at 1.2 which is less than the 3.2-3.4 level seen during the spring. So the virus is spreading at lesser speed but it is circulating, which is worrying’, Veran told France Inter radio.

France recorded its highly daily peak of 8,975 confirmed cases on Saturday, around 1,000 higher than its previous daily record of 7,578 on 31 March.

Veran said Saturday that France must stay vigilant as more people will be hospitalised in intensive care units in the next two weeks, reflecting a flare-up in COVID-19 infections.

However, the health minister said he could not see why the country would need to lock down again. 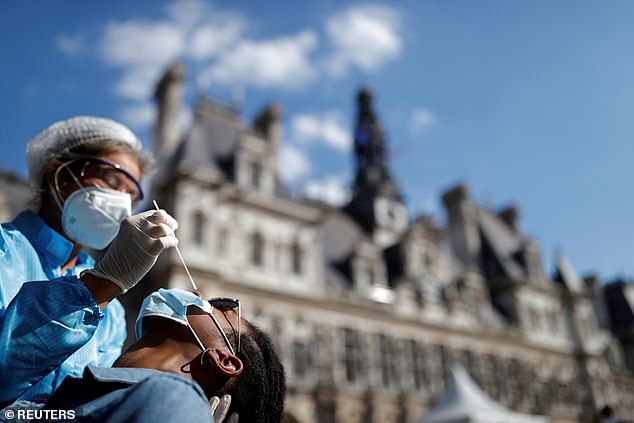 A health worker, wearing a protective suit and a face mask, prepares to administer a nasal swab to a patient at a testing site for the coronavirus disease (COVID-19) installed in front of the city-hall in Paris, France, September 2, 2020

‘I cannot envision a general lockdown. The lockdown was a lid on an overflowing cooking pot,’ he said.

The rise in infections has mainly affected young people who are less likely to develop complications from the virus. There has so far been less strain on French hospitals, which were almost overwhelmed at the end of March.

After falling steadily for months following an April 14 peak of 32,292, the number of people hospitalised was up by 28 on Friday to 4,671, rising for a sixth day in a row.

‘We are not all on the same epidemic wave as last spring. We are on a slower trend but one that must alert us,’ Veran said.