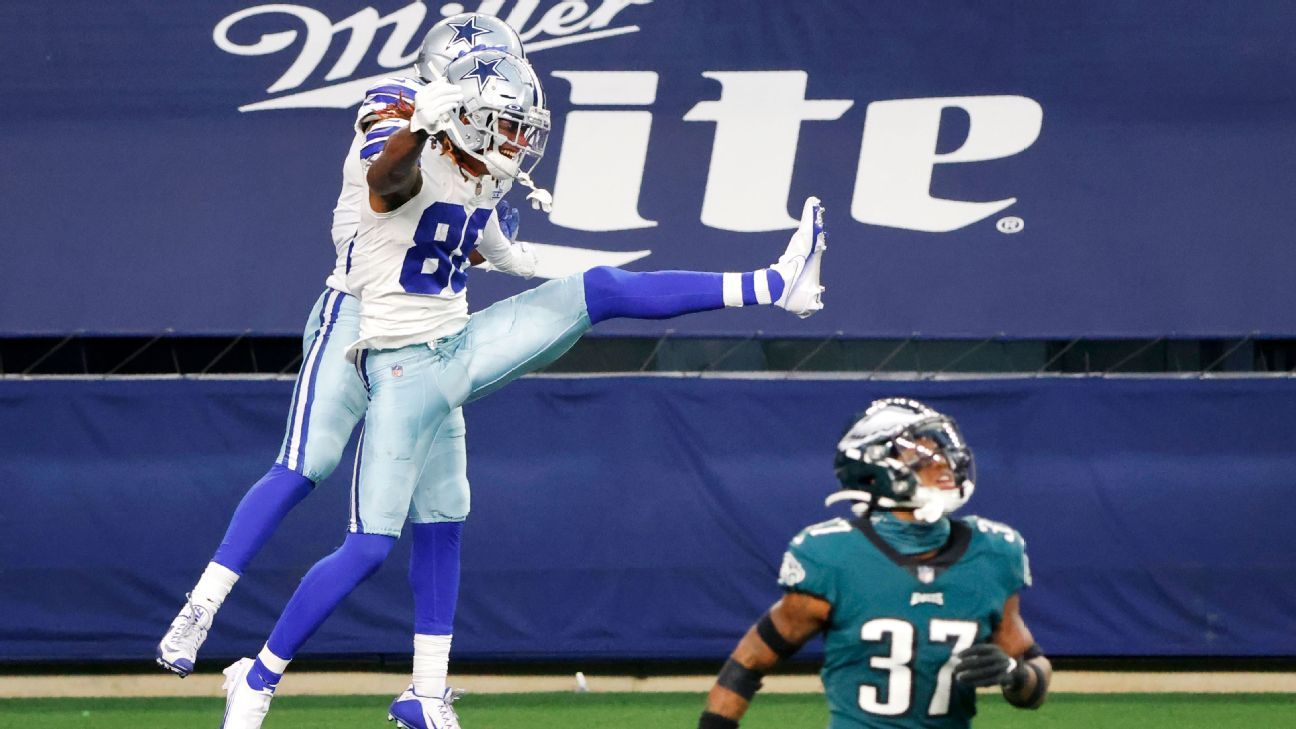 ARLINGTON, Texas — Dallas Cowboys coach Mike McCarthy dreams of the double-double. No, not the In-n-Out restaurant special. Rather it’s when his team ends the first half with a touchdown and opens the third quarter with a touchdown on the first possession.

Quarterback Andy Dalton and wide receiver CeeDee Lamb took care of that on the Cowboys’ fifth play of the third quarter Sunday to push Dallas’ lead to 27-17 against the Philadelphia Eagles.

Facing third-and-3, Lamb motioned across the formation and then ran up the seam untouched against the Philadelphia defense, allowing for the easiest pitches and catches of Dalton’s Cowboys career and the longest catch of the rookie wide receiver’s career, a 52-yarder after running by cornerback Nickell Robey-Coleman.

The Cowboys closed the first half with Dalton’s second touchdown pass of the game to Michael Gallup with a 7-yard fade with 12 seconds left to cap an 11-play, 75-yard drive.

Dalton’s touchdown pass to Lamb marked the 26th three-touchdown game of his pro career and the second he has had with the Cowboys. It also gave him 287 yards passing, which is the most he has had in his eight starts this season.