A small AFL club in a country town with zero COVID-19 cases could be forced to cancel their grand final because of a ‘frustrating’ COVID-19 restriction.

The Gunnedah and District Bulldogs Football Club may have to move their September 26 event to another town – hours away – if they cannot erect a six-foot-high, 500-metre long fence and enforce a 500-attendee limit for the day.

The not-for-profit organisation would be thousands of dollars out-of-pocket if they were forced to put the barrier up, despite the game being held at ‘a park in the middle of town’.

The requirements are part of the XXXXX

This year’s AFL Grand Final will be played at Brisbane‘s Gabba on October 24 in front of a packed 30,000 stadium. 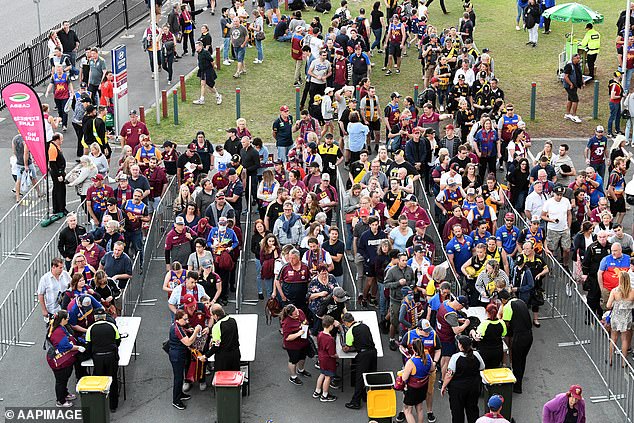 The Gunnedah and District Bulldogs Football Club in Gunnedah could be out-of-pocket up to $5,000 to put a fence in place for its September 26 game, despite an expected 30,000 people packing into Brisbane’s Gabba (pictured) on October 24 for the AFL grand final 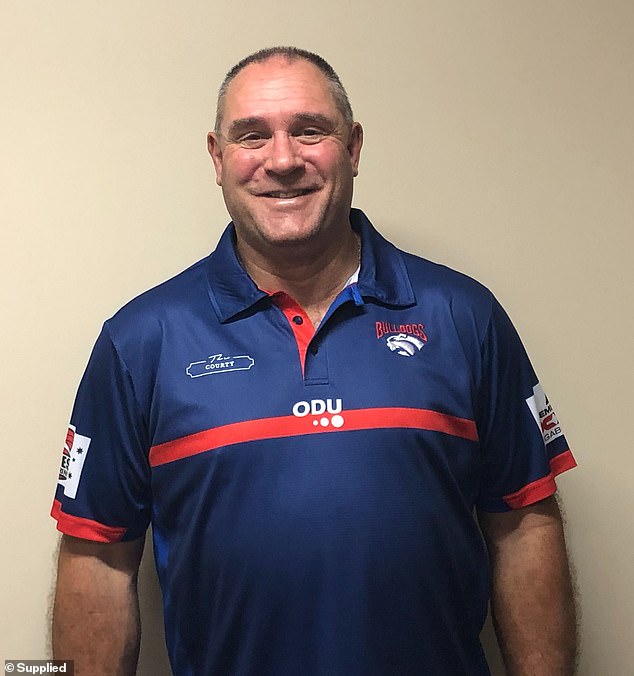 Bulldogs senior coach Doug Meagher said the rules enforced for larger clubs in cities and COVID-19 hotspots should not apply to smaller organisations in country areas with zero coronavirus cases.

The harsh rules could see the club affected financially – taking away from its unpaid players and coaches – or the game being moved up to two-and-a-half hours away.

‘If we can’t meet the current COVID regulation, we’d have to forfeit the right to host the grand final and it may need to be moved to Tamworth or Inverell,’ he said.

‘It’s wrong because if either team hasn’t finished top, we shouldn’t have to play there.

‘We should be playing on home soil.’

The event this year will be the fourth grand final the Bulldogs are playing in, and their sights are set on a third premiership.

‘We’ll be having three teams playing in the grand final – under 14s, senior womens and senior mens. It is a first for our club,’ Mr  Meagher said.

‘We did not have juniors or womens last year, and its actually the first year of existence for the womens team at our club so its a big deal.

‘They’ve done really well and it would be great to see how they do here.’

Gunnedah AFL Club President Hamish Russell said there was ‘no chance of 500 people turning up’ on the day. 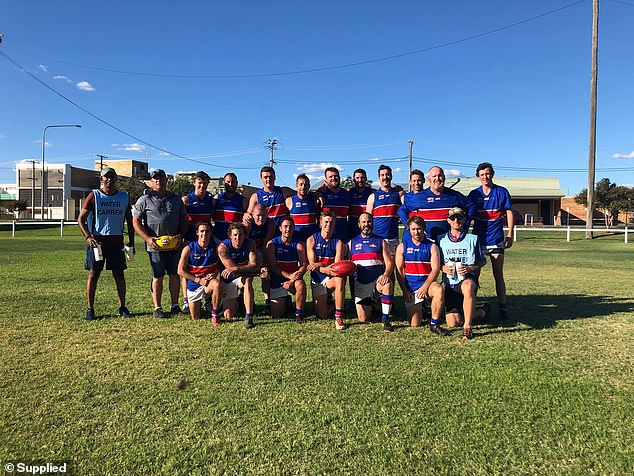 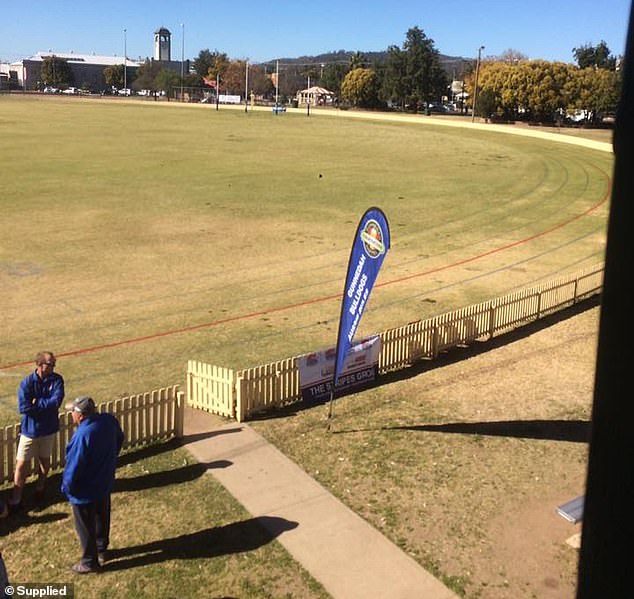 The not-for-profit organisation could be out-of-pocket up to $5,000 to put it in place, despite the grand final being held at Wolseley Oval (pictured)  – ‘a park in the middle of town’

The club is expected to host eight teams from towns including Moree, Armidale and Glen Innes.

‘We’re just a simple bush footy club in a small town. Not-for-profit, run by volunteers. We turn up, play footy and keep it simple,’ he told 3AW on Friday.

‘I’m so frustrated by this and by the COVID-19 restrictions.’

Mr Meagher, however, said there was a possibility the game could attract a crowd of 500, with the players, coaches and volunteers taking out half the amount.

But Gunnedah not being Sydney and ‘totally COVID-19 free … from Moree to Inverell’ was the reason Mr Meagher believed the rules should be relaxed.

‘We’re playing in a park in the middle of town,’ he said. ‘We are not Sydney and we haven’t had a coronavirus case for months.’

Mr Meagher added the club was looking for sponsors to help pay for the fencing if the club was not eligible for an exemption or the game could not be moved.

The Gunnedah and District Bulldogs Football Club grand final will be held at at the Wolseley Oval, Gunnedah, from 9.15am on September 26.