‘Why should I believe you?’

I blinked in surprise.

The teenage boy looked back at me, polite interest on his face.

In the course of delivering a school session about gender equality, sexual violence and consent, I’d just discussed my own experience of being sexually assaulted on a bus.

His immediate response was to ask if I was lying.

It hasn’t always been like this. I started working in schools eight years ago, after creating the Everyday Sexism Project, a website which catalogued thousands of experiences of harassment, assault and abuse. 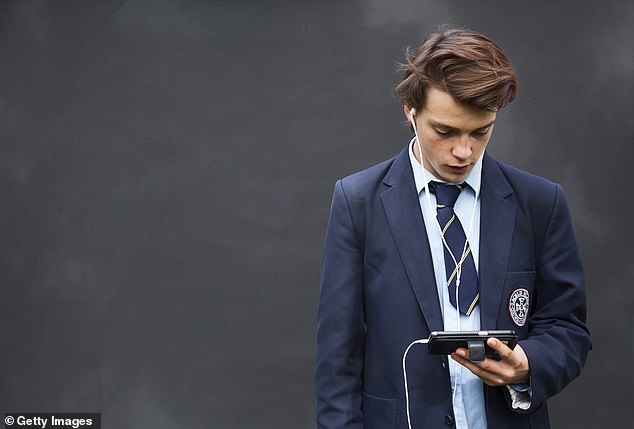 After I realised just how many of the stories came from young people, it became clear that we needed to have conversations about these things in schools, something that largely wasn’t happening at the time.

So I visited hundreds of schools, giving young people an opportunity to discuss their own experiences, gender roles, sexism and more.

Naturally, the responses to me and the debates I was initiating were very mixed.

There was awkwardness and confusion, resistance and embarrassment. There were nervous giggles and a few outrageous comments.

At a West Midlands school the boys plotted in advance and wolf-whistled in unison as I walked out on to the assembly hall stage.

But underneath the usual prickly teenage surface, young people were usually willing to talk and to share experiences.

Yet in the past two years, that has all changed. I have started to experience fierce and angry resistance.

They didn’t want to talk. They weren’t prepared to listen. They already knew that ‘feminazis are out to destroy men’.

Men, especially white ones, they said, were the real victims in society.

The boy who told me he didn’t believe my story of assault was not an isolated case.

From inner city London to rural Scotland, teenage boys — usually aged around 15 — came out with the same arguments, word for word.

Or they’d repeat the same false statistics which claimed, for example, that men are raped far more frequently than women.

(In reality, according to the Office for National Statistics, around 560,000 women experience sexual assault each year, compared with 140,000 men).

So I started to ask how they knew women lie about rape. Or that the gender pay gap is a feminist conspiracy.

Where did they hear this? The answer was always the same: online.

When I asked some teenage boys to show me the online forums they frequented, things became clearer.

They were interacting with an extremist, mainly online movement encompassing a number of groups and communities, from ‘incels’ (‘involuntary celibates’, who believe attractive women should be punished for denying them sex), to men’s rights activists, who argue that the world is stacked against men. 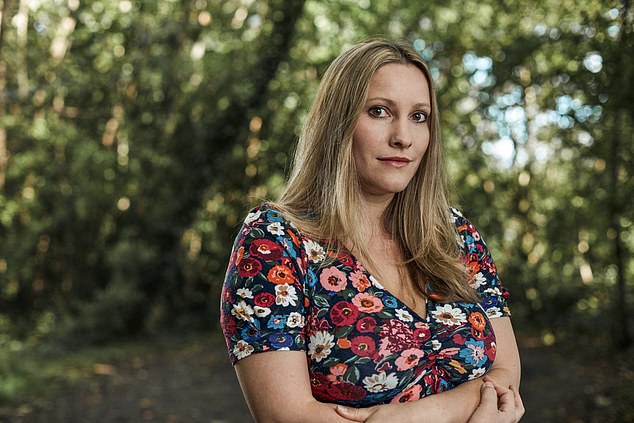 After she described her own experience of being sexually assaulted, she said one school boy’s immediate response was to ask if she was lying

There are men obsessed with the risk of false rape accusations, who believe women should be avoided at all costs.

And ‘pickup artists’, who promise to teach men how to trick, harass or control women for sexual gain.

It is a network of websites, forums and platforms, with hundreds of thousands of members.

These communities overlap with white supremacist and neo-Nazi groups, using the same secret language, or repeating the same ideas about sexually enslaving women.

When I talked to some schoolboys, their reference points and the figures they quoted made it clear that they were already immersed in these communities.

But they hadn’t necessarily gone looking for them.

Many were introduced via Instagram meme accounts and YouTube videos. A picture of a woman with a black eye and the caption: ‘Women deserve equal rights . . . and lefts.’

A joke about ‘feminazis’ not being able to change a light bulb because they were too busy being ‘triggered’.

One mother has written for an online paper about how her 13-year-old son found himself sucked into extremist online groups, which provided him with a sense of community and treated him like an adult when he felt dismissed and lonely.

That longing for community and respect is understandable in teens. The problem was, his new online friends were also ‘happy to explain that all girls lie — especially about rape’.

The cloak of humour and ‘irony’ is powerfully used to convince teens that what they’re looking at is all just a bit of fun . . . until it isn’t.

The same mother wrote: ‘When we did confront Sam — say, if we caught a glimpse of a vile meme on his phone — he assured us that it was meant to be funny and that we didn’t get it.’

One interviewee told me he was just 11 when he started browsing generic online chat boards.

For him, the attraction was ‘a culture of people being open about their loneliness and their lack of success with women and talking about how they don’t really have social lives.’

As a misfit teen without many friends, suddenly feeling part of the group instead of an outsider is understandably appealing.

But his journey was one of gradual radicalisation, with chats about loneliness subtly morphing into blaming girls for that loneliness, until he found himself in the woman-hating ‘incel’ community.

And by then, the gradual drip-drip of online misogyny had become so normal that even content inciting rape and violence didn’t seem shocking any more.

Chillingly, older members of these communities are deliberately targeting teenage boys for recruitment. In a ‘style guide’, a leading figure in this deeply misogynistic and racist online world says his followers should specifically look for boys aged ten and up. 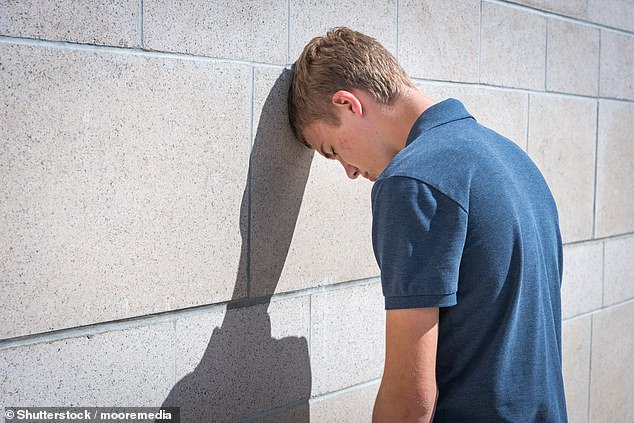 From inner city London to rural Scotland, teenage boys — usually aged around 15 — came out with the same arguments, word for word

‘We want to look like superheroes. We want to be something that boys fantasise about being a part of,’ he wrote, adding that anti-feminism is an ideal ‘gateway’ to white supremacy.

Encouraging teenage boys to dehumanise their female peers is the thin end of the wedge. From there, for some, things can quickly spiral out of control.

The boys were neo-Nazis, but they also ran blogs advocating the rape, torture and murder of women.

The spaces boys frequent online, from bodybuilding forums to gaming channels, are used as a kind of hunting ground.

They might have liked an ‘ironic’ Instagram meme, for example, before following a link down a rabbit hole of increasingly extreme content about women stealing men’s jobs.

On one bodybuilding forum, there seems to be more misogynistic content than actual chat about bodybuilding.

Tragically, those who might have real fears and anxieties are likely to be met with vitriol and extreme opinions.

The responses include: ‘Rape is the most common female fantasy. You’re just playing into her fantasy.’

‘They enjoy it even if they say they don’t.’ And: ‘If she’s not conscious IT AINT RAPE [sic].’

Hardly the guidance you’d want your teen to receive in answer to such questions.

Gaming is a particularly rich recruiting ground given that 97 per cent of teenage boys play video games, often with parents having no idea who they are communicating with.

Online extremists take advantage of multiplayer games, where players can team up with strangers online and communicate via headsets.

It starts with casual sexist jokes and slurs (which might be appealing to a teenager who feels rejected by girls), then escalates to private chat rooms, where misogynistic propaganda and links to more extreme content are shared.

One mother contacted me in horror after she heard a man shouting ‘feminism is cancer’ over the speakers as her teenage son played a popular game online.

But a lot of parents have little idea of the content their children might be accessing. I spoke to a teacher of 14 to 18-year-old pupils at an inner-London comprehensive, who told me: ‘There’s a significant, dangerous lack of awareness from parents and teachers.

‘If young people are watching videos on their phones in their bedrooms, their parents have no idea what they are engaging with.’

We are familiar with the challenges posed by pornography, but there are other dangers facing our boys (and, by extension, our girls), that we don’t even realise exist.

I spoke to Ben Hurst, project co-ordinator at the Good Lad Initiative, an organisation that delivers workshops on gender inequality, particularly focusing on talking to boys in Year 8 and above. 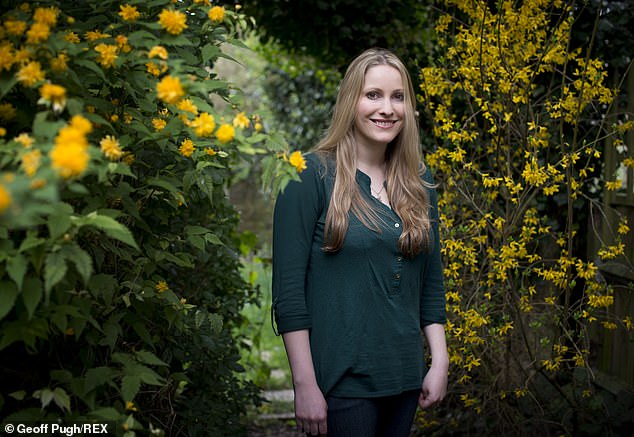 He says: ‘About 70 per cent of the boys we have contact with have come into contact with that kind of material.

‘It is almost completely under the radar. Staff in schools aren’t aware of the kind of materials boys are accessing, or aware they’re doing it.’

So we end up with cases like that of Ben Moynihan, a video game player with a ‘normal upbringing’ who was 17 when he stabbed three women in Portsmouth in 2014.

He wrote: ‘All women needs to die and hopefully next time I can gauge [sic] their eyeballs out.’

One note continued: ‘When women won’t talk to you it’s heart-breaking, why are they fussy with men nowadays.’ With it was a symbol from the Tomb Raider game.

It should go without saying that no teenage boy is automatically sexist or woman-hating. Nor will all of them respond in the same way to these online influences.

But the risks are very real. This deliberate targeting of children ought to be described as radicalisation. Indeed, if it were any other group, it would be.

But this particular kind of grooming seems to escape our attention entirely.

When I spoke to counter extremism organisations about the issue, they didn’t even seem to have heard of incels or other extremist misogynistic groups at all.

Ultimately, this is tragic: both for the boys and young men who are exploited and offered hate instead of support, and for the young women and girls who find themselves on the receiving end of the vitriol some of their male peers learn online.

We might not use the word terrorism to describe the acts of these men when they slaughter women in the name of their ideology, but that is what it is.

And their deliberate grooming of young boys deserves to be seen for what it is: radicalisation.

What YOU can do to protect your teens

1. Familiarise yourself with the reality of young people’s online world. Follow a few Instagram meme accounts, check out some viral ‘MGTOW’ (Men Going Their Own Way) videos on YouTube, or take a look at some of the mainstream ‘red pill’ content on Reddit.

2. Listen out for your teenager using words such as ‘bluepilled’, ‘triggered’ or ‘SJW’ (‘social justice warrior’) as insults. These are red flags, suggesting they’ve already encountered ‘manosphere’ content.

3. Encourage them to talk and provide a non-judgmental space in which to listen.

4. Play the ‘manosphere’ at its own game. YouTube channel ‘ContraPoints’ uses the same viral videos and slick humour as the manosphere, but questions and dismantles its arguments.

5. Motivate your boys to develop offline, platonic friendships with girls.

Misogynistic ideology relies on the total dehumanisation of women. Learning that girls are real, individual humans is an effective way to undermine it.

6. Ask schools if they are aware of the problem and encourage them to invite outside organisations such as the Good Lad Initiative to talk to pupils.

7. You might be tempted to ban your son from certain websites, but this plays into the hands of sexist ‘gurus’, who present themselves as censored victims. Talking about and challenging extreme content is likely to be far more effective.

A lot of manosphere ideology thrives on fear and stigma. Letting boys ask questions and you both exploring the answers together using reliable statistics can help.