A cyclist has been accused of shattering a pensioner’s jaw after he asked a pair of riders to travel in single file.

Graeme Gibb, who lives at Burleigh Waters on the Gold Coast, claims he was punched by a lycra-wearing cyclist while en route to his weekly Sunday walk.

The 76-year-old was behind the wheel as he drove from his gym session to the Miami Hotel car park, where he begins his beach stroll.

The retiree then came across two cyclists, who he claims he struggled to safely drive around, The Courier-Mail reported. 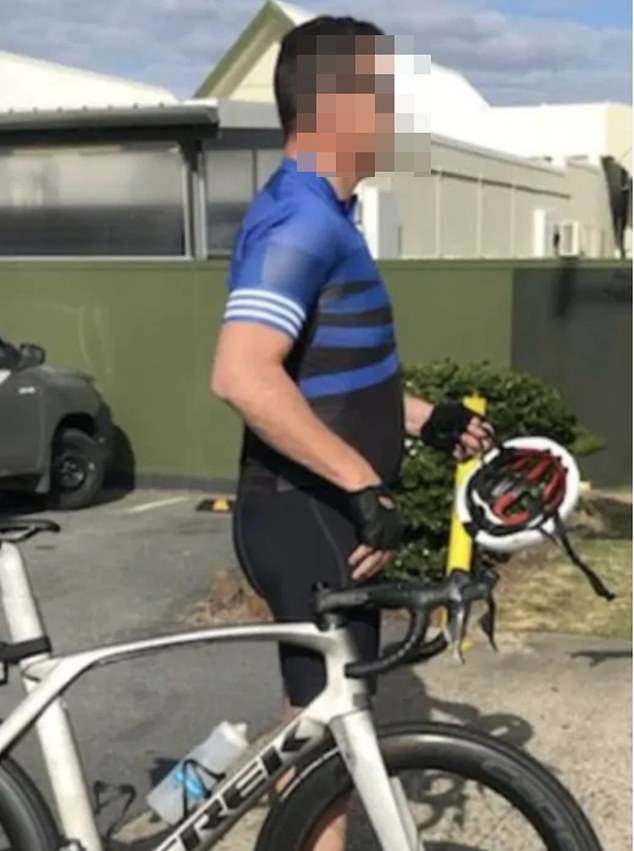 Graeme Gibb claims he was punched by a cyclist on Sunday. Pictured: Police would like to speak to this man about the alleged incident

‘They were riding side-by-side taking up all the lane,’ Mr Gibb told police.

Mr Gibb passed the cyclists but when he parked his vehicle in the carpark, he was approached by one of the riders.

‘He started coming towards me and punched me very hard with closed fist to the right side of my face,’ Mr Gibb said.

Mr Gibb said the punch was so forceful he fell to his knees and ‘saw stars’.

The 76-year-old said he questioned the cyclist: ‘What did you that for?’ 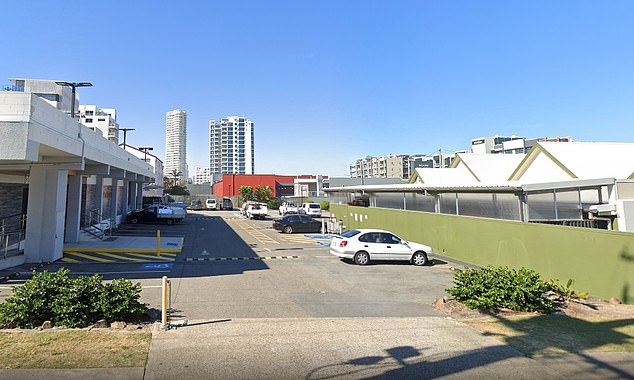 Mr Gibb, who lives at Burleigh Waters on the Gold Coast, claims he was punched by a lycra-wearing cyclist at the Miami Hotel car park (pictured)

Mr Gibb said the altercation has left him with extreme headaches, anxiety and pain.

He was treated for his broken jaw in hospital on Tuesday and claims the injury will take months to heal.

The retiree, who has submitted a detailed police report, hopes his attacker will be charged.

The cyclist is tall, white and has dark hair. He was riding a grey Trek bicycle on Sunday.

Anyone with information is urged to contact Policelink on 13144.