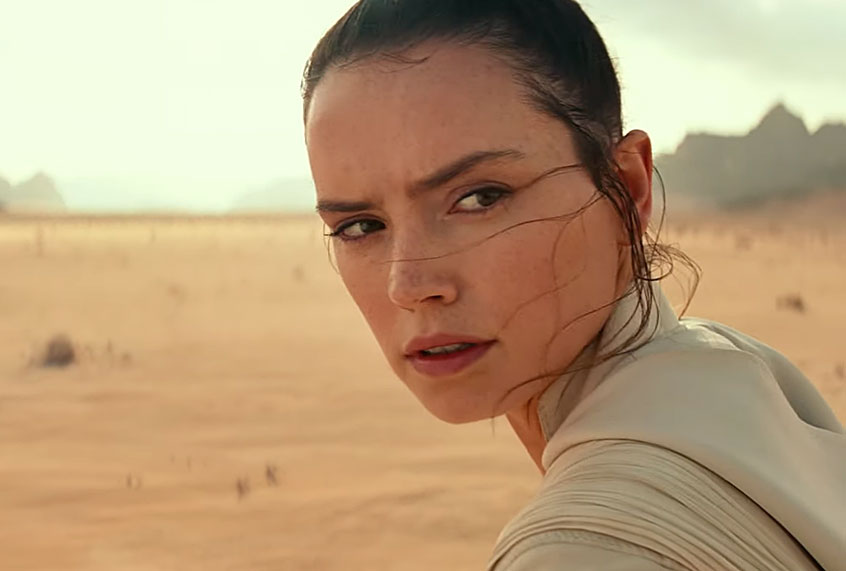 Of all the mysteries strung through the most recent “Star Wars” trilogy, none caused as much fervor as Rey’s parentage. “The Force Awakens” never revealed the identity of Rey’s parents, which ignited fan theories about whether or not the character could be a Skywalker, a Kenobi, or another offspring of a famous “Star Wars” character. “The Last Jedi” threw those theories out the window by revealing Rey’s parents were nobodies, only for “The Rise of Skywalker” to confirm Rey is actually Palpatine’s granddaughter. Was Rey Palpatine the plan since the beginning? Daisy Ridley says not at all.

During an interview on “Jimmy Kimmel Live” with her friend and “Murder on the Orient Express” co-star Josh Gad, Ridley walked viewers through the history of changes that were made to Rey’s parentage throughout the production of her “Star Wars” trilogy. It turns out the earliest iteration of Rey had her being the offspring of Obi-Wan Kenobi, which was one of the more popular fan theories floating around after the release of “The Force Awakens.”

“No. At the beginning there was toying with like an Obi-Wan connection,” Ridley said when asked if she had known Rey’s origins were in the Palpatine family. “There were like different versions, and then it really went to that she was no one. Then it came to Episode IX and J.J. pitched me the film and was like, ‘Oh yeah, Palpatine’s grandaughter.” I was like, ‘Awesome!’ Then two weeks later he was like, ‘Oh, we’re not sure.’ So it kept changing. Even as we were filming I wasn’t sure what the answer was going to be.”

From the way Ridley tells it, the decision to make Rey a Palpatine wasn’t finalized until the middle of filming “The Rise of Skywalker.” “The Last Jedi” writer-director Rian Johnson earned backlash from fans for making Rey’s parents nobodies after “The Force Awakens” implied her parents could be important to the “Star Wars” mythology. Turning Rey into a Palpatine was viewed by many as J.J. Abrams retconning Johnson’s controversial decision, which Ridley’s answer here seems to validate.

With the “Star Wars” franchise now behind her, Ridley next moves on to Doug Liman’s action film “Chaos Walking” opposite Tom Holland. Watch the actress’ full interview with Gad on “Jimmy Kimmel Live” in the video below.