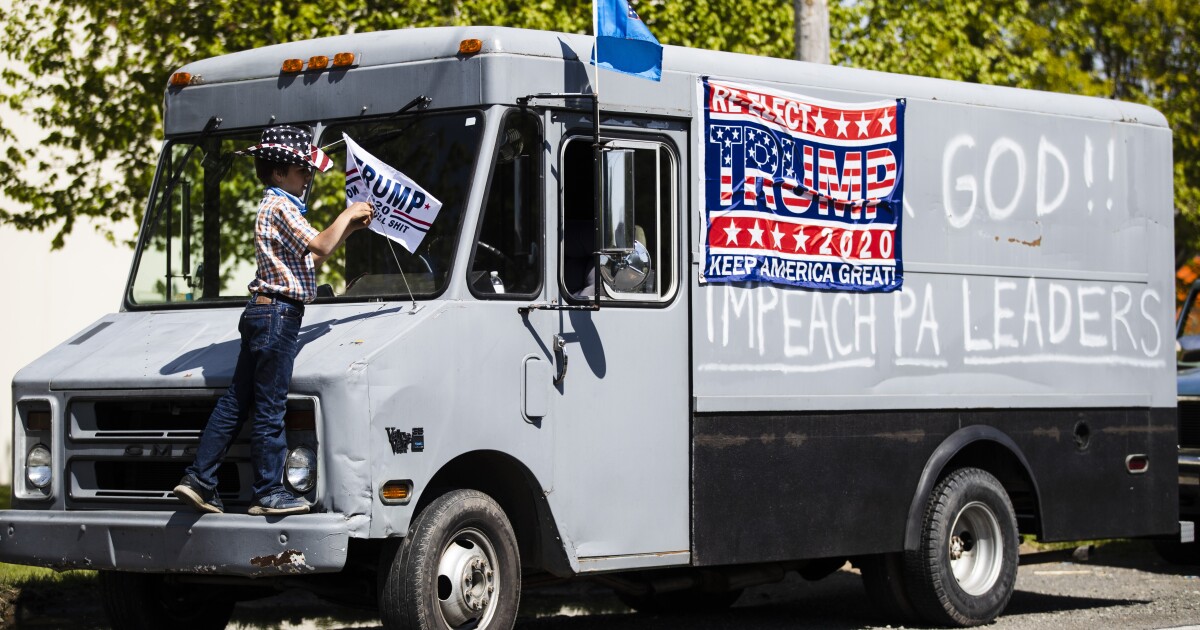 Former Vice President Joe Biden, who calls himself “a kid from Scranton,” has lost his wide lead over President Trump in his native Pennsylvania, where the 2020 presidential race is a dead heat.

The latest Rasmussen Reports poll showed that both are tied at 46%.

And, significantly, said the poll analysis, among the 82% of voters who said that they are “certain” how they will vote, Trump holds a 51%-49% advantage.

Rasmussen is the second poll in two days to show the race in Pennsylvania, a key battleground state, has become a tie. The Monmouth University Poll said Wednesday that Biden had a lead of 1 to 3 points.

Just two weeks ago, Biden had an 8-point lead in the state. Trump’s surprise 2016 victory came after he upset Hillary Rodham Clinton in traditionally Democratic states including Pennsylvania, which both Trump and Vice President Mike Pence have campaigned in.

It also confirmed another trend that is hurting Biden. Black voters, who Biden is depending on, are not enthusiastic about his candidacy, despite having Sen. Kamala Harris on the ticket. Rasmussen found that just 67% of black people in Pennsylvania support Biden, while 27% back Trump.

The analysis said, “Worrisome for the former vice president is his 67% black support, low for a Democrat, with the incumbent earning 27% of the black vote in Pennsylvania. Trump leads among whites and other minority voters.”

In a second survey released by Rasmussen, Trump has a 50% approval rating.

The Rasmussen poll is key because it includes only “likely voters” and uses a ratio of Democrats to Republicans that is more in line with national voting patterns.