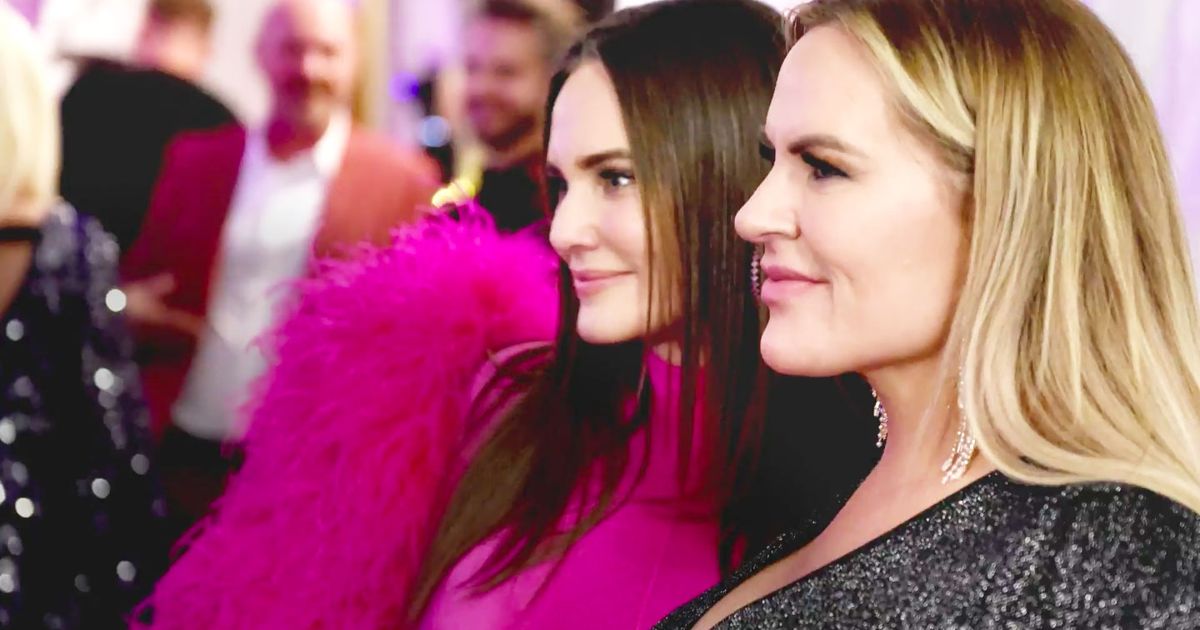 Get ready for more spilled drinks, screaming matches, and shady confessionals, all in the name of whatever god you do or don’t believe in, because The Real Housewives of Salt Lake City is upon us. Bravo released the first trailer for its tenth Real Housewives series on September 9. In this land of skiing and sacrilege, we meet our housewives: Lisa Barlow, Mary Cosby, Heather Gay, Meredith Marks, Whitney Rose, and Jen Shah. Check your Beehive State expectations at the door, because only two of the women are Mormon (Barlow and Gay) and the trailer features copious amounts of alcohol. Barlow says she’s “Jewish by heritage and Mormon by choice,” while Marks is also Jewish (and from Chicago, she tacks on), Cosby is Pentecostal, and Rose and Shah have left the church, with Shah planning to convert to Islam. Along with doubling as a debaucherous Religion 101 course, the trailer seems to promise the luxury and drama we crave. When multiple clips involve a stripper pole, you know it’s going to be good.

Here are some quick highlights from their Bravo.com bios to hold you over. Barlow owns tequila brands and considers herself “Mormon 2.0.” She went to Brigham Young University with Gay, a spa owner who “was married to Mormon royalty for 11 years” before a divorce and calls herself a “good Mormon gone bad.” Cosby is a church and restaurant heiress “with a penchant for God, couture and only the finest champagne.” (Okay, do we already stan?) Marks, a jewelry designer, is “an ice queen with a knack for partying.” Rose comes from “Mormon royalty” (what does that mean?) who left the church after an affair with her boss turned husband. And Shah is a marketing CEO and the self-proclaimed “best host in Utah,” who broke with the Mormon church for its history of racism. Meet the women for yourself when The Real Housewives of Salt Lake City hits Bravo on November 11.