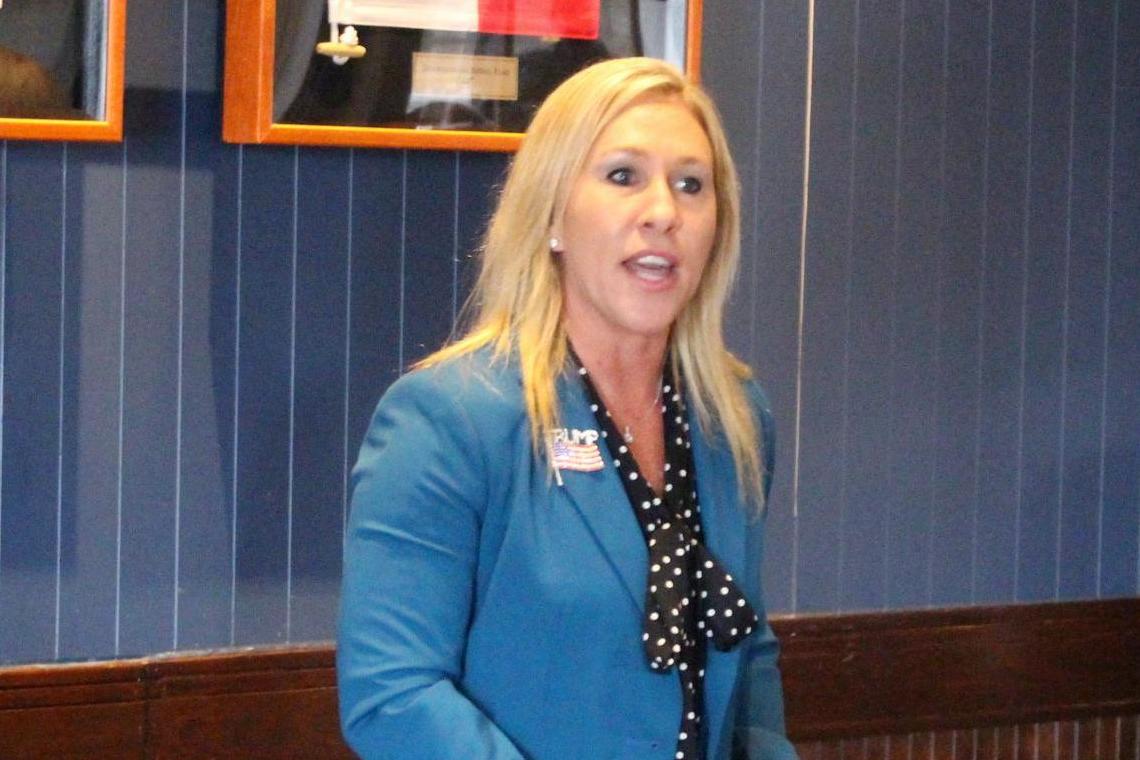 Democratic candidate Kevin Van Ausdal, who was running against Republican QAnon supporter Marjorie Taylor Greene, has announced he will be dropping out of the Georgia congressional race due to “personal reasons”.

“I am resigning from my race against Marjorie Taylor Greene,” Mr Van Ausdal said in a statement on Friday. “I am deeply saddened by the personal and family reasons that prevent me from continuing on as a candidate for Georgia’s 14th Congressional District.”

Mr Van Ausdal was running in a deep-red district, so his chances of winning the congressional election remained low. But him dropping out has put Ms Taylor Greene one step closer to being the first open QAnon supporter in Congress.

QAnon is a baseless far-right conspiracy theory that alleges Satan-worshipping paedophiles run a global child sex-trafficking ring. Believers think members of the ring are out to get President Donald Trump. They also believe celebrities and Democrat-leaning politicians are key members.

Mr Van Ausdal did not state what the personal reasons were for why he was dropping out of the race less than two months before 3 November.

“Although all the details remain my family’s alone, please understand this was not an easy decision,” he said. “We are real people managing hard choices.”

The politician then urged the Democratic Party to select a new candidate to run against Ms Taylor Greene ahead of the election, saying the “extremism” and “divisiveness” of the QAnon supporter should not go “unchallenged”.

Georgia’s state Democratic Party could select another candidate to run against Ms Taylor Greene on the ballot, but ballots are set to be mailed out to voters as early as next Tuesday.

Ms Taylor Greene, whose been cited for making Islamaphobic and antisemitic remarks, has already experienced controversy while running in the congressional race.

Facebook took down a post she made last week that went against “The Squad”, four left-wing freshman members of the House Democrats.

In the post, it showed Ms Taylor Greene holding a rifle next to images of Representative Ilhan Omar of Minnesota, Representative Alexandria Ocasio-Cortez of New York and Representative Rashida Tlaib of Michigan. The picture was labelled “SQUAD’S WORST NIGHTMARE”.

Facebook said it took the post down because it incited or facilitated “serious violence”, but Ms Taylor Greene said people needed to “relax” because it was “just a meme”.

This comes at a time when the Republican Party successfully ousted Representative Steven King in Iowa’s primary election after years of racist comments.