There may be an almost 40-year-age gap between them, but Dennis Quaid and his much younger wife Laura Savoie appear to be perfectly in sync with one another.

On Tuesday, the newly-married couple were pictured on a casual outing together in Los Angeles, as they arrived at a friend’s house both showing off their trim frames. 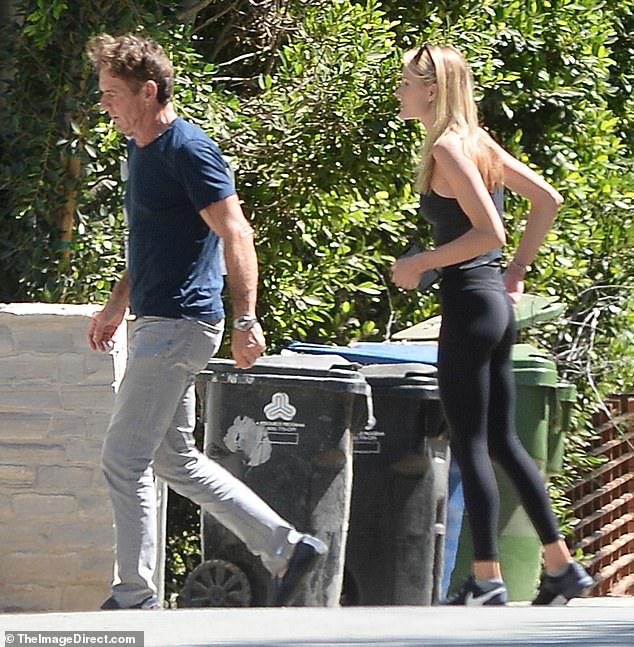 In sync! Dennis Quaid, 66, and new wife Laura Savoie, 27, both show off their trim frames while arriving to a friend’s house in Los Angeles on Monday

Despite his older years, Dennis still appears to be in great shape, and no doubt being a busy father has kept him on his toes. 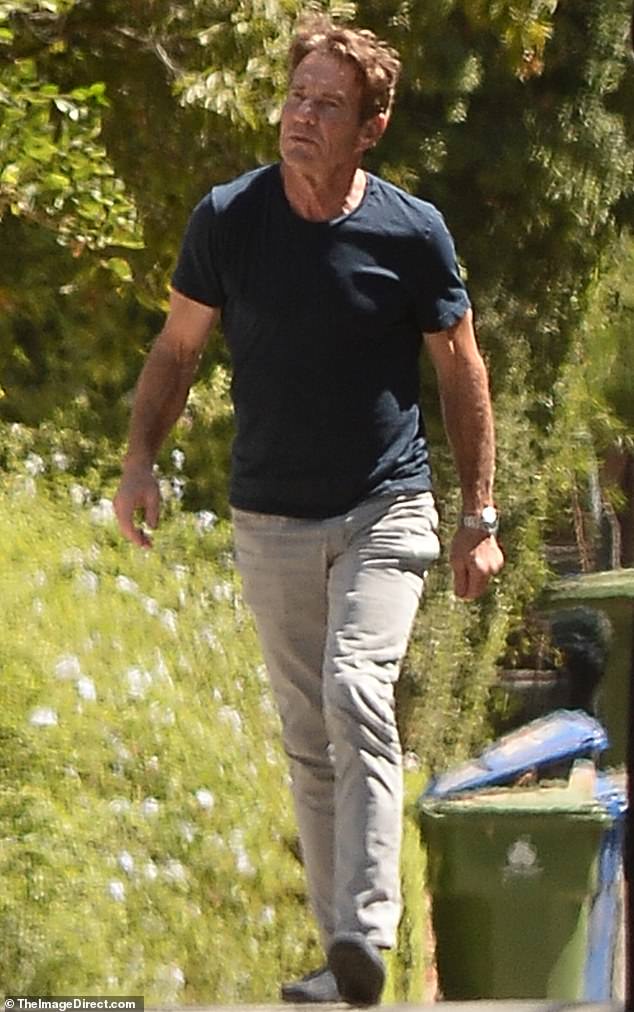 Keeping fit: Dennis looks to be in good shape, proving that he can still keep up with his much younger wife

Meanwhile Dennis and Laura have faced plenty of criticism during their whirlwind romance, which started last May, mostly over their nearly 40-year age difference.

Quaid told the Today Show last month: ‘There’s 30-something years between us, and we just don’t even notice it. I’ve never related to someone in my life better than we do.

‘We have such a great relationship and you know, love finds a way, wherever it is. You never know when love is coming, who it’s gonna be, and you have no control over it. We just couldn’t be happier.’ 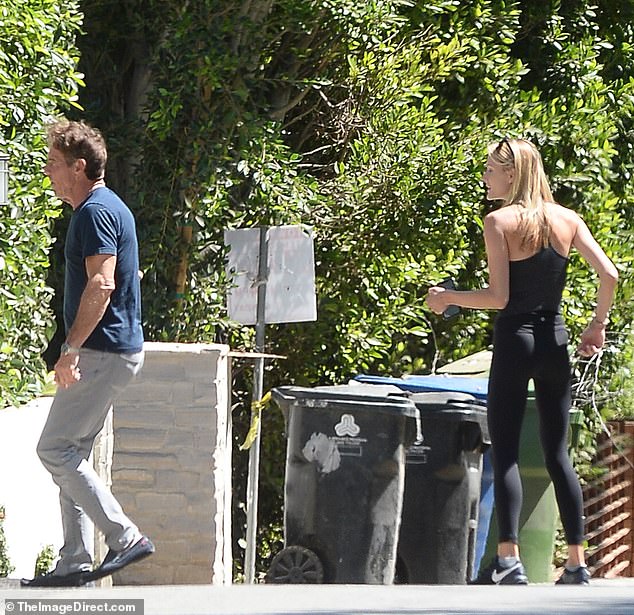 Keeping up the Quaids: The married couple appear to be leading an active lifestyle