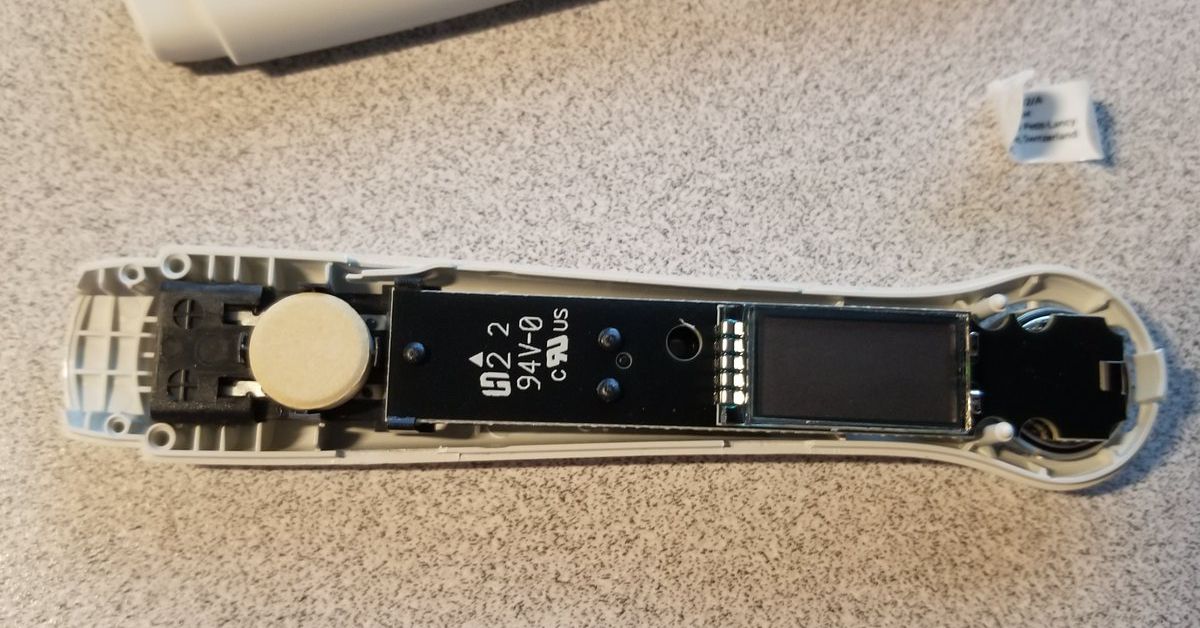 Pregnancy tests used to be fairly simple sticks you peed on, but the move to digital versions has transformed them into tiny computers almost as powerful as the original IBM PC. Fascinated by the digital era of pregnancy tests, Twitter users foone and xtoff recently pulled apart examples from Walmart and Clearblue to reveal what’s really going on inside.

Each test, which costs less than $5, includes a processor, RAM, a button cell battery, and a tiny LCD screen to display the result. The processor is an 8-bit Holtek microcontroller with 64 bytes of RAM, capable of running at either 4Mhz or 8Mhz depending on the battery configuration. That might sound very basic, but the chip is surprisingly complicated.

“You might think it’s very limited because it’s only got 64 bytes of RAM, but it’s actually using a pipelined architecture to operate at 1 instruction per cycle, giving it quite good performance for a 4Mhz CPU,” explains Foone in a fascinating Twitter thread.

So, with it open, we’ve got a single PCB here.
There’s some kind of pill-looking thing to the left, a little LCD screen, and a I can see a battery on the other side. pic.twitter.com/WsuPI3pVsb

Foone speculates that this device is “probably faster at number crunching and basic I/O than the CPU used in the original IBM PC.” IBM’s original PC was based on Intel’s 8088 microprocessor, an 8-bit chip that operated at 5Mhz. The difference here is that this is a pregnancy test you pee on and then throw away.

You might assume that the addition of an LCD screen and processor to digitize this pregnancy test improves the accuracy or modernizes how the test works, but that’s certainly not the case. This digital pregnancy test still includes a paper strip to measure the chemical reaction you create when urinating on the strip.

The paper strip inside acts like a wick so when it gets wet it activates the battery and powers the device on. The device then uses three LEDs and two photosensors to read the lines on the paper strip that usually provide a pregnancy test result. The processor, RAM, battery, and LCD display literally exist to read a paper strip and improve the clarity of a test by displaying “pregnant” or “not pregnant” on the display instead of the usual lines that can be difficult to read.

Unfortunately the chip inside isn’t programmable, so there’s no feasible way people can get Doom to run on these digital pregnancy tests. I’d recommend reading foone’s full Twitter thread as it’s a fascinating teardown. While these digital pregnancy tests seem like an incredible waste of plastic and electronics, I’m just thankful humanity has moved on from injecting frogs with urine to verify pregnancies.