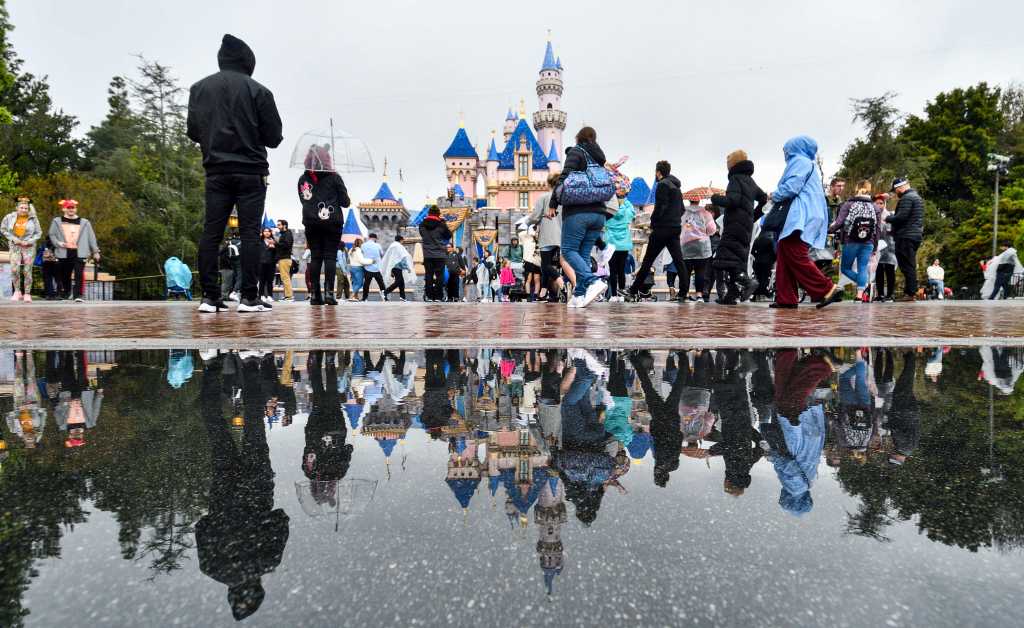 A trade organization representing Disney, Universal, Six Flags, SeaWorld, Knott’s and Legoland has called on Gov. Gavin Newsom to reopen California theme parks on the six-month anniversary of the coronavirus closure of Disneyland.

“California’s amusement parks urge the governor to issue amusement park guidelines expeditiously so these vital community attractions can reopen their doors in a responsible manner and get residents back to work,” California Attractions and Parks Association executive director Erin Guerrero said in a statement.

“Once we have a clearer understanding of when theme parks can reopen from the State of California, we will be able to work with the state and Orange County Health Care Agency towards a reopening date,” according to Disney officials.

“We have taken every precaution with our proposed health and safety plan to meet and exceed guidelines given to other businesses and industries,” according to Legoland officials. “We are now calling on the State of California to recognize the level of detailed planning undertaken so we can work towards reopening with guidance from both the state and county.”

The governor’s office has not responded to CAPA’s call to reopen California theme parks.

CAPA has been working closely with the Newsom administration on reopening plans for California theme parks.

“Six months ago California’s amusement parks and attractions made the difficult decision to close voluntarily in response to COVID — and the impacts have been devastating,” Guerrero said in the statement. “Tens of thousands of jobs have been weighing in the balance. Hundreds of millions of tax revenue that support critical local, state, and federal programs, lost. And local businesses that rely on amusement parks continue to struggle, with many closing permanently.”

“Over those six months, parks crafted detailed plans to reopen — they include capacity reductions, face covering requirements, robust health and safety protocols for both guests and employees, and significant modifications to support physical distancing,” Guerrero said in the statement. “These practices will promote health and safety in ways that many activities Californians are currently engaging in won’t. However, in order to reopen, parks require guidance from the state and that guidance has not been forthcoming.”

“As evidenced by the many open amusement parks in the United States and around the world, visiting an attraction will not look the same as before COVID, but California’s amusement parks are ready to responsibly reopen,” Guerrero said in the statement.

The impact of the extended coronavirus closures of California theme parks has been devastating. Thousands of employees have been furloughed with layoffs following as closures stretched from weeks into months. Financial losses have reached the tens of millions for major players like SeaWorld and Six Flags and the billions for industry leaders like Disney and Universal.

California theme parks looked like they were going to emerge from the coronavirus closures in July as they set proposed reopening dates. But those hopes were soon dashed when a spike in COVID-19 cases and hospitalizations in California put those plans on hold indefinitely.

Some California parks — such as Knott’s Berry Farm, SeaWorld San Diego and Six Flags Discovery Kingdom — have partially reopened for limited capacity events without rides. Legoland has been able to reopen its indoor aquarium under state guidelines while its theme park remains closed. Disneyland and Universal Studios Hollywood have reopened their adjacent outdoor shopping malls while keeping their theme parks closed. Six Flags Magic Mountain remains closed indefinitely while California’s Great America has canceled plans to reopen for the rest of 2020.

Theme parks have reopened with strict COVID-19 health and safety protocols in Asia, Europe, the Middle East and in more than half the states in the U.S. Most parks reopened with reduced capacity that largely eliminated concerns about overcrowding and long lines. Reports of COVID-19 outbreaks at theme parks around the world and throughout the U.S. have not materialized.