Rainy Robinson is separating from her husband David after nearly 25 years of marriage, for what she called ‘some very heartbreaking and irrevocable actions.’

The Dog The Bounty Hunter series regular took to social media and explained to her followers what had happened in her union.

‘After nearly 25 years of marriage (9/30/95) and 27 year together, David and I are separating,’ she said. ‘We have had many years of happy times, fun parties, television, businesses, tears and triumphs. We share two beautiful daughters and three adorable grand-daughters.

The latest: Dog The Bounty Hunter personality Rainy Robinson is separating from her husband David after nearly 25 years of marriage, for what she called ‘some very heartbreaking and irrevocable actions’

‘Marriage is difficult and in some cases does not always last; we had a great run and I am proud of the time we’ve spent building a life. We are family and will always love each other as such.’

Rainy, who’s in the bounty hunting business, said that ‘sadly, some very heartbreaking and irrevocable actions were taken which resulted in the end of our marriage’ without delving deeper into detail about the split.

‘I don’t wish to expand any further as this has been a trying few months and I am now focused on my own path toward healing,’ she said, noting she was ‘not interested in re-hashing details as [she’s] committed to moving forward.’

Rainy encouraged their mutual friends to remain as such, as she said she and her estranged spouse ‘remain the very best of friends.’ 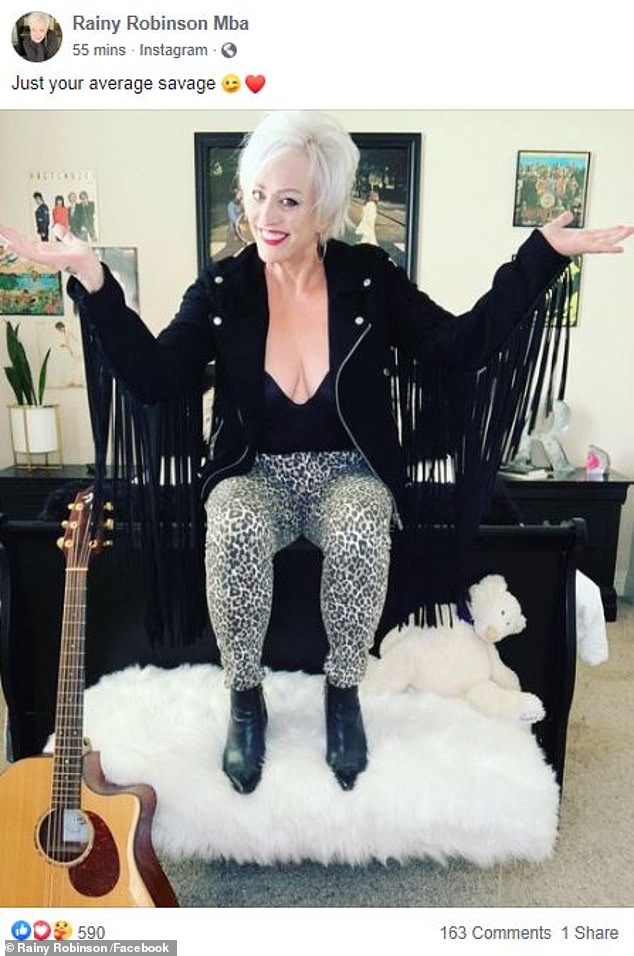 Rocking on: Rainy appeared confident and happy in a shot on her social media Tuesday 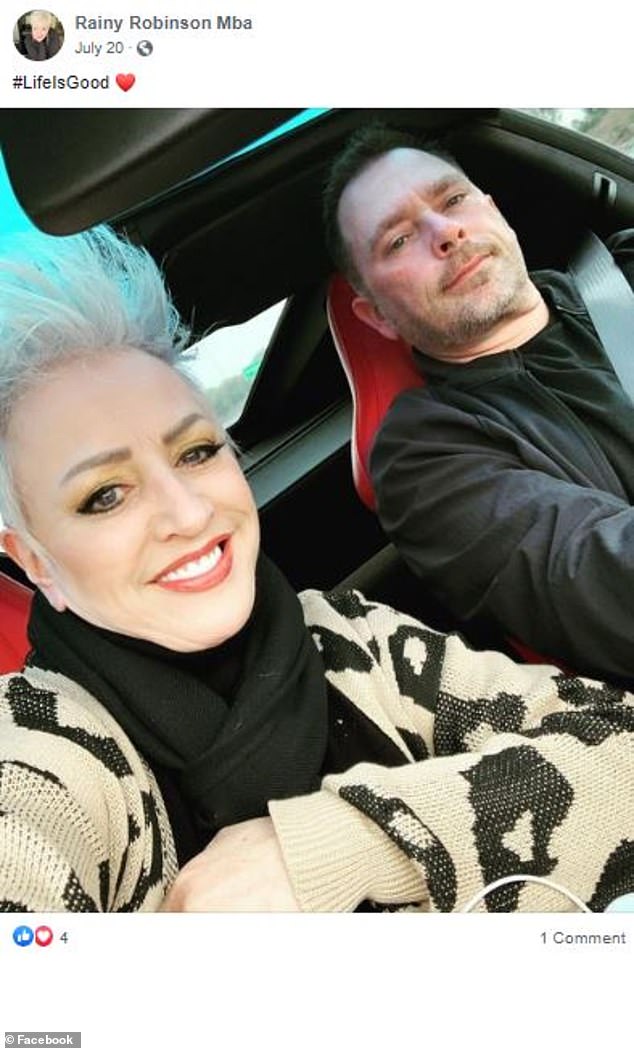 Details: The Dog The Bounty Hunter personality took to social media and explained to her followers what had happened in her union

‘My motivation for posting this is clarity, I want everyone I love on the same page so no one is blind-sided by the news.’

A source told The Sun that ‘everyone is shocked they have split.’

The insider added, ‘Rainy is obviously heartbroken but she is strong and she’s surrounded by her daughters and grandchildren.’

Last summer, the estranged couple moved to Merced, California; speaking with the Merced Sun-Star, Rainy said they enjoyed the ‘family and community-centric personality’ of the city, where she set up shop with her business, Jane Bond Surety and Insurance.

‘I knew the moment I drove through here it was home,’ she said. ‘It’s so peaceful, so genuine … we absolutely love it here. I love how non-showy everybody is.

‘In the Bay Area it’s different. It’s big hat, no cattle. Over here, people really don’t care if you drive a nice car. They care about family and a clean, healthy life.’