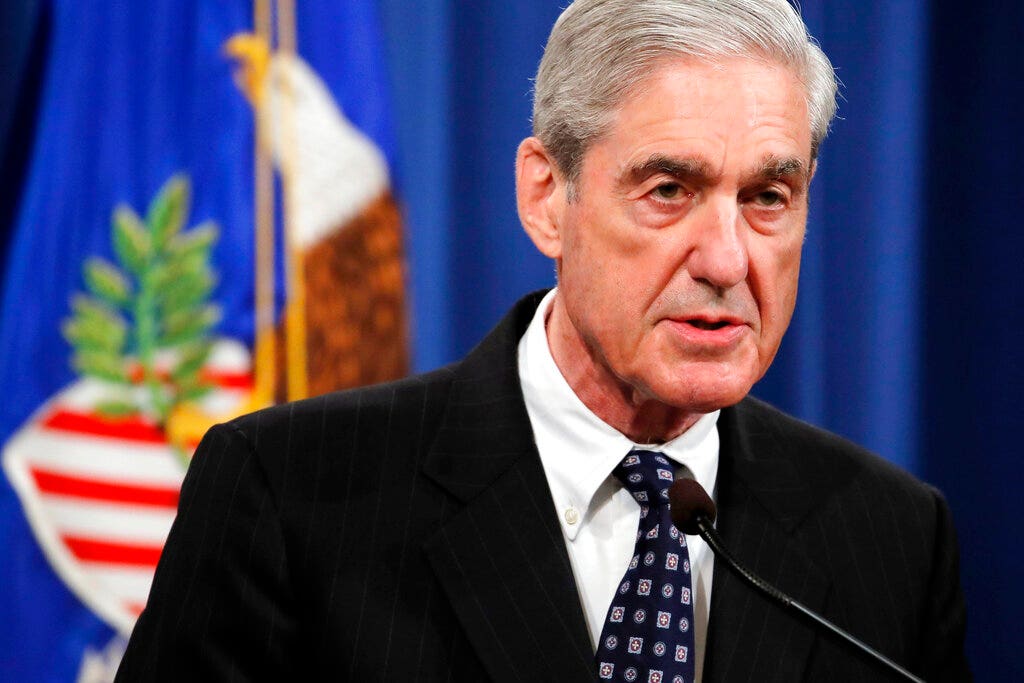 Newly released records from the Department of Justice show that the cell phones of multiple people on then-Special Counsel Robert Mueller’s investigative team were “wiped” for various reasons during the probe.

The records show at least several dozen phones were wiped of information because of forgotten passcodes, irreparable screen damage, loss of the device, intentional deletion or other reasons — and came before the DOJ’s Office of Inspector General (OIG) could review the devices.

The documents show that Mueller deputy Andrew Weissman “accidentally wiped” his phone twice after entering the wrong passcode too many times in March 2018. Lawyer James Quarles’ phone “wiped itself” without his intervention, the records say.

The documents were released after a lawsuit from the conservative watchdog group Judicial Watch. They were first reported by Sean Davis of the Federalist.

The records indicate Attorney Greg Andres phone was also wiped due to a forgotten passcode. And they say the phones of both Mueller deputy Kyle Freeny and Rush Atkinson were wiped accidentally after they entered the wrong passcode too many times.

The records say that a phone belonging to FBI lawyer Lisa Page – whose anti-Trump texts with FBI agent Peter Strzok were of interest to investigators — was restored to factory settings when the inspector general’s office received it.

Other officials, whose names are redacted, claim to have unintentionally restored their phone to its factory settings, deleting all records of communication.

Next to the name of one redacted person, the record says: “Phone was in airplane mode, no passcode provided, data unable to be recovered so had to be wiped.”

Mueller’s investigation yielded no evidence of criminal conspiracy or coordination between the Trump campaign and Russian officials during the election, although it did find that the Russian government “interfered in the 2016 presidential election in sweeping and systemic fashion.” The question of whether Trump obstructed justice was not answered, but it did state that the final report “does not exonerate [Trump]” on this matter.

The OIG opened an investigation into possible bias in the origins of the Russia Investigation, but determined that the FBI complied with policies in launching the politically explosive probe. Still, the OIG flagged “significant concerns with how certain aspects of the investigation were conducted and supervised.”

The same report also faulted the FBI over numerous errors in the application process. The IG probe identified at least 17 “significant inaccuracies and omissions” in the Page applications and said they would launch a new audit into the FISA process. IG Michael Horowitz and his investigators were at times sharply critical of the bureau’s handling of the case, including for failing to share information that would have undercut claims in those documents.

In a statement at the time, Barr shared Trump’s views that the initial investigation was invasive and launched on the “thinnest of suspicions.”

“The inspector general’s report now makes clear that the FBI launched an intrusive investigation of a U.S. presidential campaign on the thinnest of suspicions that, in my view, were insufficient to justify the steps taken,” Barr said.

U.S. Attorney John Durham, tasked by Barr in May 2019 with conducting his own investigation of the Russia probe’s origins, also disagreed with Horowitz’ findings.

“Based on the evidence collected to date, and while our investigation is ongoing, last month we advised the Inspector General that we do not agree with some of the report’s conclusions as to predication and how the FBI case was opened,” Durham said in a statement.

Barr said this week there “could be” more charges stemming from the Durham probe, after his first criminal charge against former FBI lawyer Kevin Clinesmith last month.