Dominic Cooper opted for two wheels on Monday as he navigated a London street on his electric bicycle.

The actor nursed a bandaged hand after venturing out for a solitary bike ride in the bustling capital following a comparatively peaceful trip to rural Scotland.

Sporting a blue jacket, matching chinos and a woolen beanie hat, Dominic, 42, looked relaxed as rode his Go-Cycle, widely considered to be one of the best electric bikes on the market. 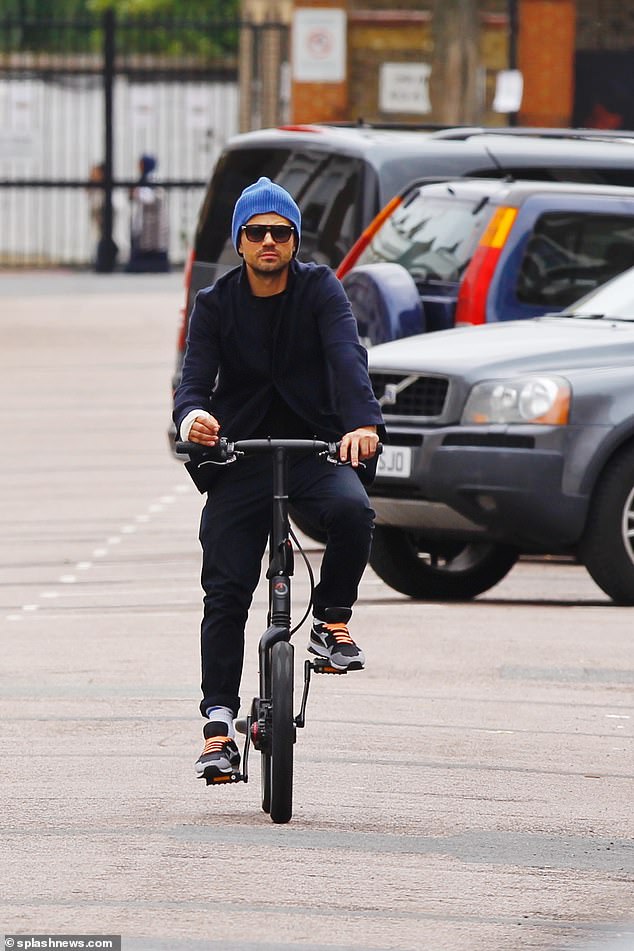 Here he comes: Dominic Cooper opted for two wheels on Monday as he navigated a London street on his electric bicycle

But with his right hand swathed in bandages, the actor showed caution while steering the two-wheeler one handed.

Richard and Gemma starred together in Eternals while Lily and Dominic co-starred in Mamma Mia! Here We Go Again. 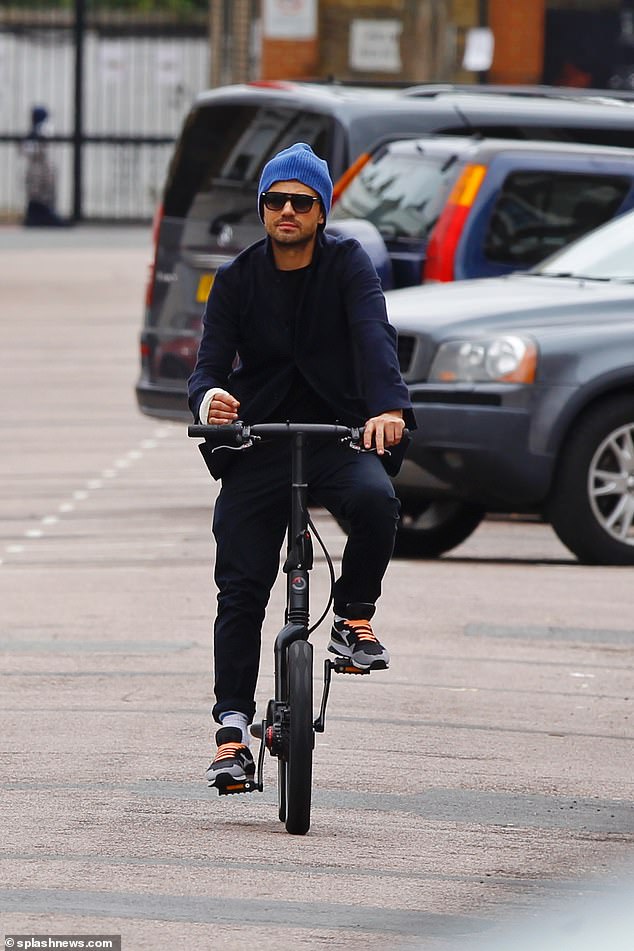 Injured: The actor nursed a bandaged hand after venturing out for a solitary bike ride in the bustling capital following a comparatively peaceful trip to rural Scotland

The foursome posted several snaps of their rural getaway together to social media.

Dominic, Gemma and Richard decided to avoid the hustle and bustle of their respective homes in the city to stay in Blair Athol, a village in Perthshire known for its rustic stone buildings and scenic landscape.

Preacher star Dominic and Crazy Rich Asians actress Gemma live together in London, but decided to escape the city to meet up with Scots-born Madden, who had spent isolation in Los Angeles with actor Froy Gutierrez.

Richard and Gemma have been long time friends and joined one another last year on the red carpet at the SAG awards. 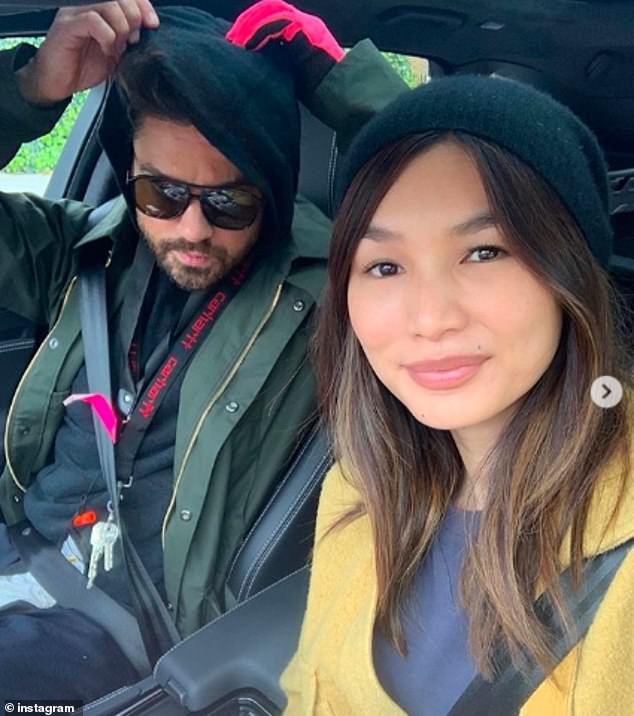 During her trip to Scotland, Gemma explored the local farm life posing with lambs, while the boys made the most of their Land Rovers and even jumped on the bonnet of one for a socially distanced picture.

Richard said of the trip: ‘Best time with my favourite people. Thank you Land Rover for the hot wheels.’

Referring to the song The Bonnie Banks of a Loch Lomond, Dominic added: ‘You take the high road and I’ll take the low road and I’ll be in Scotland before you.’

He and Gemma confirmed their relationship in September 2018 and she was previously in a long-term relationship with Jack Whitehall.

Dominic’s most high-profile romance was with his Mamma Mia! co-star Amanda Seyfried, 34. 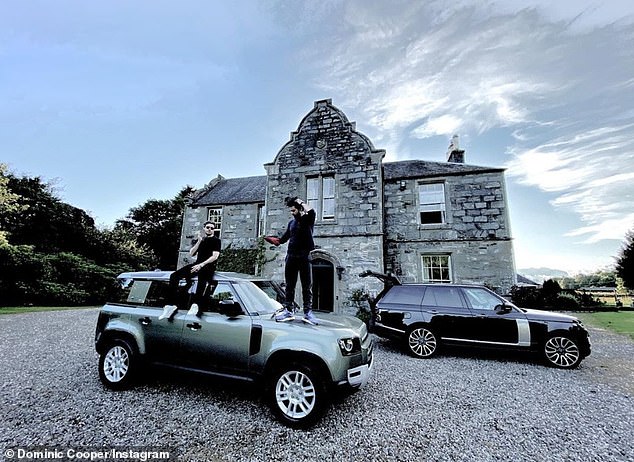 Ride: Dominic and Richard posed atop the Land Rovers they drove on the trip