President Donald Trump bragged to first lady Melania Trump that Bob Woodward was writing a book about him and was still calling the legendary author less than a month ago to try and get additional information in the tome.

In his 392-page book, ‘Rage,’ Woodward recounts how, during their June 22 phone interview, the president put the first lady on the phone. 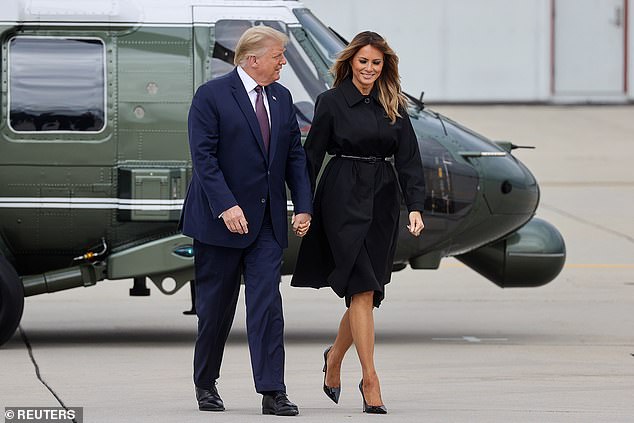 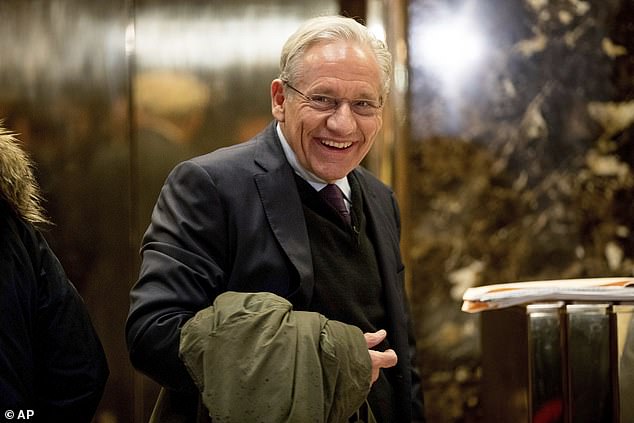 Woodward wrote he mentioned to Melania the new book ‘The Art of Her Deal’ by his Washington Post colleague Mary Jordan.

‘So they did a book on your and they’re giving all kinds of credit to you for knowing how to live with this man,’ he said he told her.

Trump then jumped in.  ‘I didn’t know this. What book is this? I want to read this one.’ The biography of the first lady had been published the week before.

The president then told Melania that Woodward was writing a book on him. ‘It’ll probably be atrocious but that’s okay,’ he told her.

Trump plowed ahead with the interviews for the book even as his aides tried to rein him in. 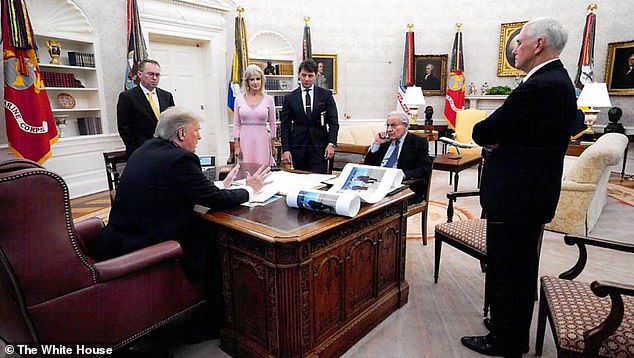 In this White House photo from December 2019 provided by Bob Woodward, President Donald Trump is seen speaking to Woodward in the Oval Office, surrounded by some aides and advisers, as well as Vice President Mike Pence, then acting Chief of Staff Mick Mulvaney, then-White House counselor Kellyanne Conway and then-deputy press secretary Hogan Gidley. On Trump’s desk is a large picture of Trump and North Korean leader Kim Jong Un.

During the president’s first interview with Woodward in December, aides tried to end it at one point but Trump brushed them off.

‘Go ahead,’ he said told Woodward, The New York Times reported. ‘I find it interesting. I love this guy. Even though he writes s*** about me.’

Trump gave Woodward a number that the author could call in and leave a message for him without going through the normal White House red tape. The president would return his calls at night when aides presumably were not around.

The two men talked 17 times as Woodward was writing the book and then an 18th time after the book was done but before it went to press.

And Trump tried to get in one last victory for his administration.

He called Woodward on Aug. 14, for a 19th conversation, wanting him to include the deal between Israel and the United Arab Emirates.

But it was too late to update the book by that point.  ‘Rage’ comes out on September 15.

Trump said he gave the 18 on-the-record interviews to Woodward ‘out of curiosity’ and to see if he ‘can write’ good.

In a press conference on Thursday to defend himself from his conversations with the author, which Woodward recorded, Trump said he had the conversations out of ‘respect’ for Woodward’s reputation.

‘I did it out of curiosity. I wonder whether or not somebody like that can write good. I don’t think he can. Let’s see what happens,’ Trump said.

‘Bob Woodward is somebody that I respect just from hearing the name for many, many years,’ Trump said. ‘Not knowing too much about his work, not caring about his work. I thought it would be interesting to talk to him for a period of calls. So we did that.’ 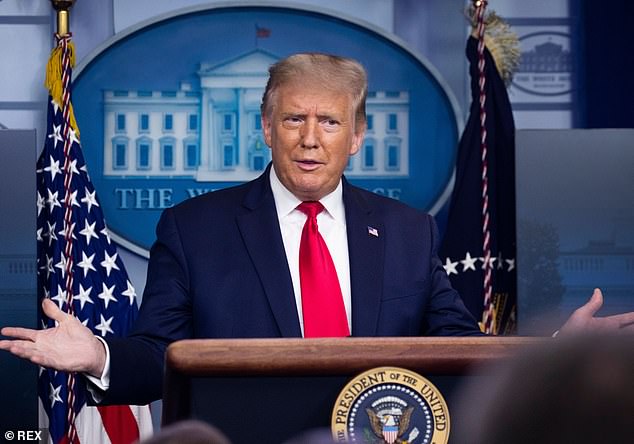 Trump gave Woodward his personal contact information in a bid to win him over during late-night calls, but the president would sometimes ‘unburden himself’ while interviewing for the journalist’s new book.

Trump hasn’t denied the comments he made to Woodward – he has previously called stories he doesn’t like ‘fake news’ – as the author taped all 18 of his interviews with the president, which were conducted from December through July.

Instead, Trump turned to point the finger at the author, the legendary reporter who brought down Richard Nixon’s presidency with his report on the Watergate break-in and who has interviewed every president to hold the office since then.

‘Bob Woodward is not the president,’ The Washington Post’s Phil Rucker, who had been questioning Trump, said in response.

Trump told Woodward during their conversations to ‘write a great book.’

The book draws from 18 conversations with Trump between December 2019 and July 2020, that took place in the Oval Office, at Mar-a-Lago and over the phone – occasionally at 9 or 10′ o’clock at night.

According to Woodward, sometimes he would get unexpected phone calls after 9 pm from the president who was reportedly trying to generate a favorable depiction in the book, unlike in Woodward’s 2018 bestseller, Fear.

Speaking to Fox News’ Sean Hannity, who asked why he took part in the series of stunning interviews, Trump said with the famed Watergate reporter, Trump said he thought he’d ‘give it a shot’. ‘He called,’ Trump explained in an interview on Wednesday night.

‘I didn’t participate in his last one, and he does hit jobs with everybody. He even did it on Obama… So, I figured you know let’s just give it a little shot. I’ll speak to him, wasn’t a big deal.’

The president said he was unlikely to read the book, insisting he’d be too busy.

‘I don’t know if the book is good or bad. I have no idea,’ he said. ‘Probably – almost definitely won’t read it, because I don’t have time to read it. But I gave it a little bit of a shot. Sounds like it’s not going to be good.’