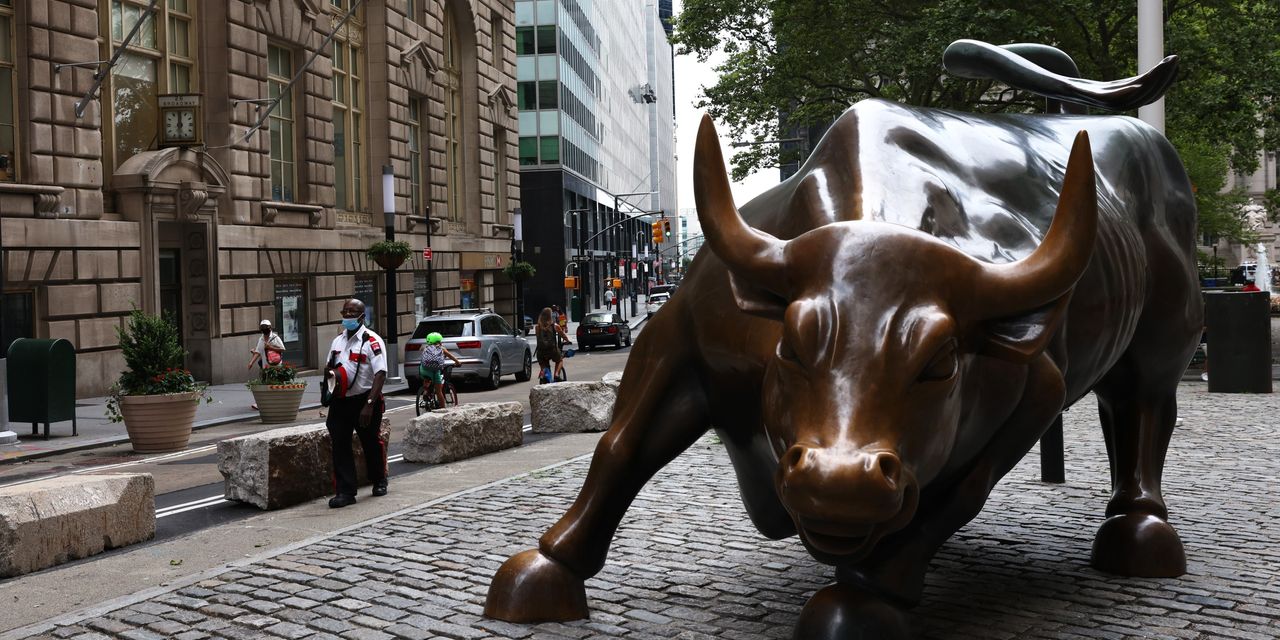 Major U.S. equity indexes were trading around all-time highs Monday to begin the final, holiday-shortened week of 2020 after President Donald Trump ended a standoff with Congress over legislation that would send aid to consumers and businesses.

What are major indexes doing?

Stocks put in a mixed performance in holiday-shortened trading last week, with markets closed Friday for Christmas Day after an early finish on Thursday. The Dow eked out a rise of 0.1%, while the S&P 500 SPX, gave up 0.2%. The Nasdaq Composite rose 0.4%. Major indexes ended Thursday not far below all-time highs.

Trump’s decision late Sunday to sign the aid package came as a relief to stock-market investors who had been blindsided by his demands late last week that lawmakers raise checks to households to $2,000 from $600. Trump was pressured by lawmakers from both parties, who had negotiated the legislation with the administration.

Read: As stocks hit new highs, ‘one of the most important tailwinds for equities’ is in place

“While the benefits of the relief bill won’t be reflected in December data that we will see next week, the direction of least resistance remains higher,” said James Meyer, chief investment officer at Tower Bridge Advisors, in a note.

Meyer said much of the week’s trading should remain quiet with investors seeing clear resolution on a months long saga over a fiscal relief bill.

See: Stock-market pros are having a tough time imagining an S&P 500 slump in 2021

Indeed, trading is expected to remain thin this week as investors close out 2020. Markets will be shut Friday for the New Year’s Day holiday.

Bulls expect stocks to get a modest seasonal lift from a “Santa Claus rally,” referring to a phenomenon that runs the last week of December and the first two trading days of January.

Read: ‘Santa Claus’ rally has begun. Why few 7-session stretches are better for the stock market

Market participants will also closely eye the trajectory of COVID-19 after health care experts warned that a post-holiday bump in infections was likely after Americans traveled across the country for Christmas. The U.S. tally of coronavirus cases topped 19 million.

Which stocks are in focus?

How are other markets are faring?