And the veterinarian shared a throwback photo of himself on holidays in South Africa to Instagram to mark the special occasion.

In the picture, Chris showed off his muscular build as he posed shirtless on the sand alongside two penguins. 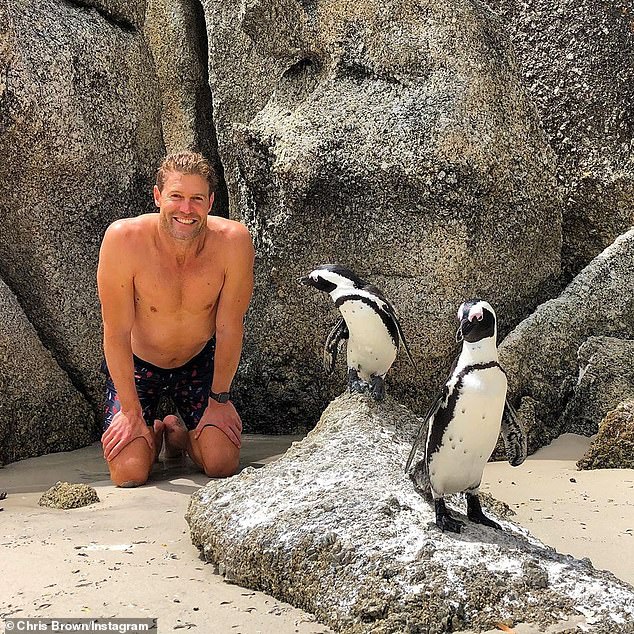 Memories! Dr Chris Brown showed off his muscular build as he shared a throwback photo while on holidays in South Africa to mark his birthday on Friday

He wore patterned shorts and a fitness tracker on his wrist while he knelt on the sand and smiled for the camera.

‘Thanks for all the birthday love in these slightly weird and distant times. Despite not being able to travel and see friends, I’m still peng-winning,’ he captioned the post.

Chris’ post comes after he reportedly split from his latest girlfriend, Brooke Meredith, after less than six months of dating. 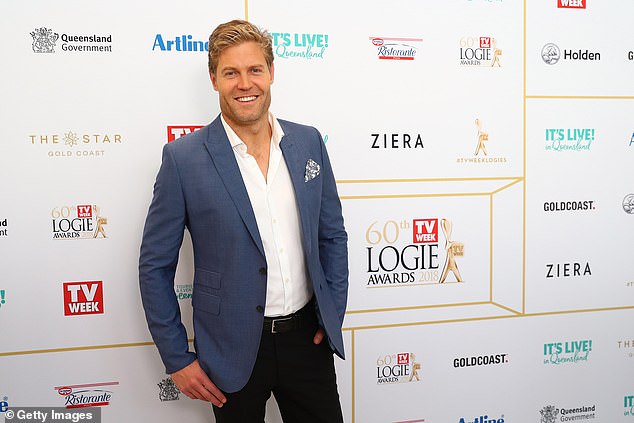 According to Woman’s Day, Chris is now back on the market after cryptically hinting at his split from the 29-year-old model on Instagram.

‘Over the last few months there’s been no more dependable partner in the pandemic than a face like this,’ he wrote alongside a photo of his cat.

The couple have also not been spotted together since May, when they were pictured holding hands during a romantic beach stroll. 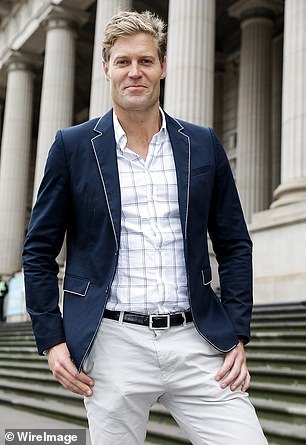 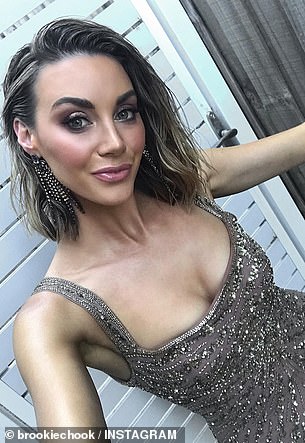 Over already? Chris (left) and his model girlfriend, Brooke Meredith (right), are believed to have split after less than six months together

In April, reports surfaced that Chris was dating the glamorous model.

According to Woman’s Day at the time, the couple all but confirmed their romance by getting cosy while shopping for cleaning supplies at a Bunnings Warehouse in Randwick, Sydney.

‘They looked very much like a couple,’ an insider told the publication. 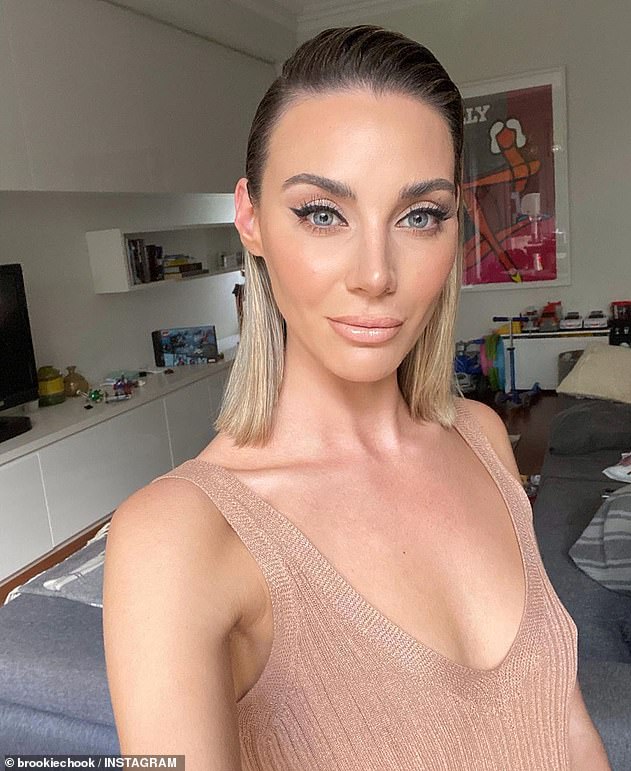 Distance: Chris and Brooke (pictured) have not been spotted together since May, when they were pictured holding hands during a romantic beach stroll