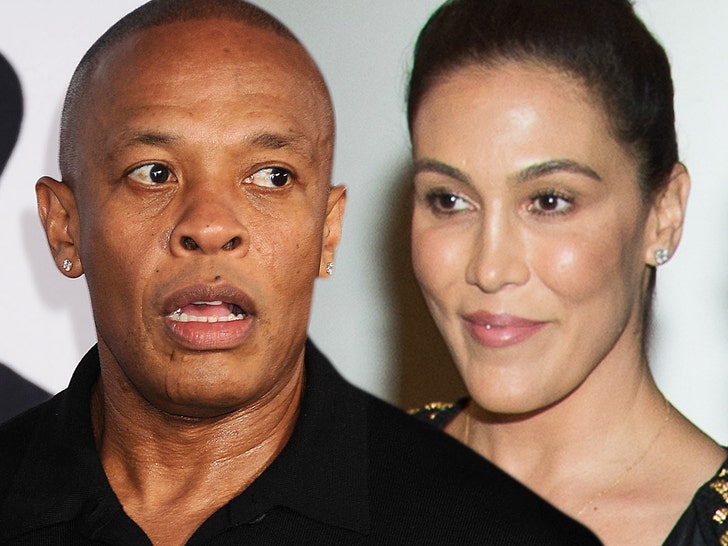 Dr. Dre‘s estranged wife is pulling no punches when it comes to their divorce case … essentially calling him a spoiled brat who needs to stop acting like he’s above the law.

Nicole Young filed new legal docs in their divorce, and is asking the court to make the mogul sit for a deposition — she wants her lawyers to grill Dre for 8 hours about the validity of their prenup and another 13 hours to dig into financial issues … this according to new legal docs obtained by TMZ.

In docs, Nicole says Dre’s already skipped a couple of previously scheduled depositions. She claims the explanation’s simple — “his entire career and public persona are based on defiance of authority, violence and refusal to comply with the law.” Nicole claims Dre thinks the rules don’t apply to him because with an estimated net worth of $1 billion … Dre “has grown accustom to doing whatever he likes, whenever he so chooses.”

Nicole also claims Dre’s credibility is a crucial part of the case … and because they’re beefing over the validity of the prenup, it’s incredibly important to have him sit for an in-person deposition instead of holding one over Zoom. Nicole doesn’t think Dre’s particularly at-risk for COVID-19 and insists he’s more than capable of doing it in person with appropriate safeguards in place.

Nicole also wants the court to fine him $50k for not playing by the rules in their divorce case.

As we reported … Nicole filed docs recently justifying why she should get nearly $2 million PER MONTH in spousal support to cover her expenses. She filed for divorce back in June.