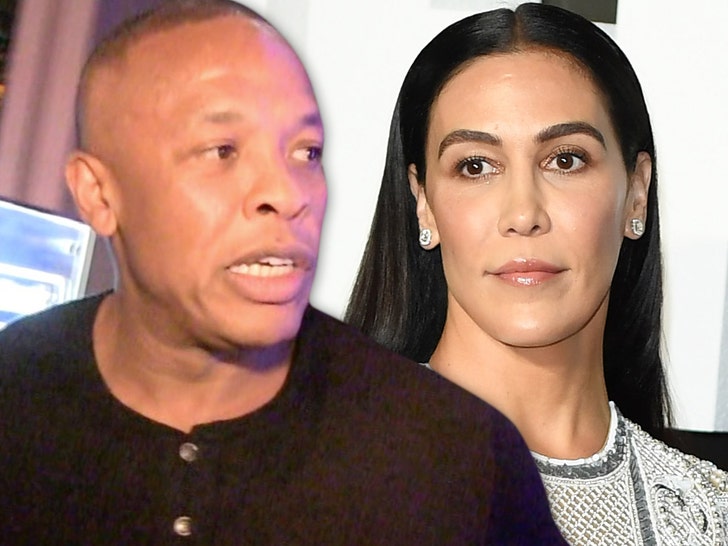 Dr. Dre‘s estranged wife claims in legal docs Dre was violent with her in the past, and she also ticked off why she needs nearly $2 mil a month in temporary spousal support while their divorce winds its way through the legal system, and the expenses she lists are eye-popping.

As we reported, sources connected to Dre say he’s covering all her expenses, including the Malibu house where Nicole is staying, chefs, security, etc.

But in her docs, Nicole says Dre has been controlling with the pursestrings, denying her the right to use, among other things, her AmEx black card.

In her docs, Nicole goes into detail about the prenup she signed, using the “gun-to-the-head” metaphor just before their wedding.  She also says Dre ripped it up several years into the marriage, although he denies it. At stake — as much as a billion dollars.

She claims at one point he ordered … “Do not spend one more cent … period. You can’t be mean and disrespectful and spend my hard-earned money.  F*** that!!! Yes that’s a threat … I’m putting the beach house up for sale next week …”

Nicole also claims Dre is furious at her that her lawyers are trying to dig into his personal finances, threatening “war” if she persists.

She also claims she became alarmed when he had his brother-in-law come to the Malibu home to pick up his Glock.  She says she feared Dre and wouldn’t turn it over because she says Dre had a “history of violence and coercive control, both before and during the marriage.”  She does not elaborate, but does mention texts messages from Dre after they separated.  In one, he said, “Why are you ignoring me?  Why are you ignoring me … should I come see you?”  She says the text was “frightening” and instilled fear in her.

As we reported, Nicole is also asking for $5 million to cover her attorney’s fees.  She filed for divorce 2 months ago.

As for the threat of “war” … seems it’s already been declared.