Drew Barrymore strolled through Manhattan on Saturday ahead of the premiere of her new talk show.

Chatting on the phone as she walked, the busy 45-year-old actress bundled up in a fuzzy camouflage jacket and covered her face with a red scarf.

She wore sweatpants and a baseball cap on the low-key outing and around her neck hung a couple of dog leashes, likely belonging to her pooches Douglas and Lucy. 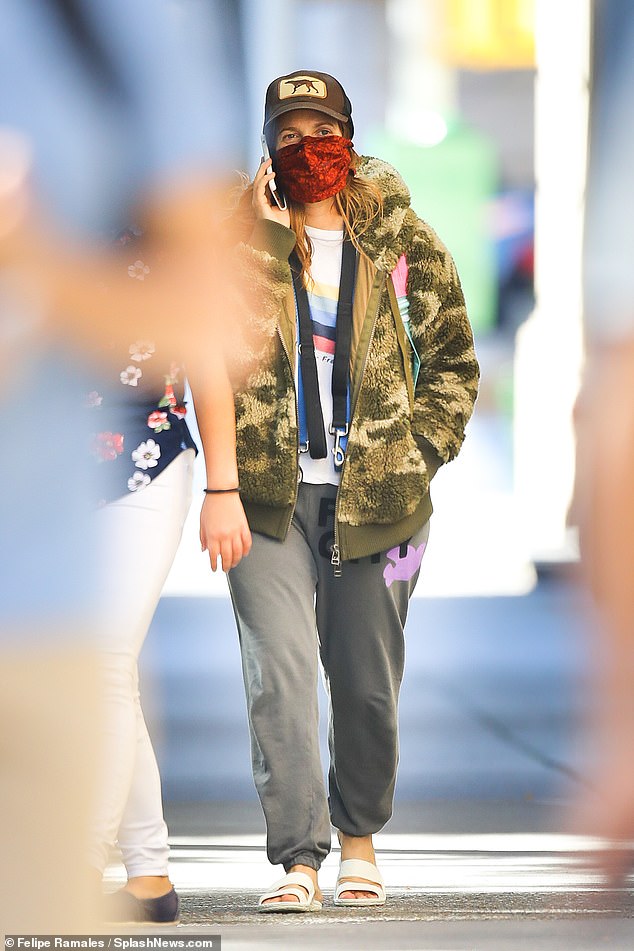 Solo stroll: Drew Barrymore is pictured out in New York City on Saturday

Meanwhile, Drew feared her upcoming talk-show plans would be ruined by the coronavirus pandemic.

The actress’ new show is set to premiere this month, but she’s admitted there have been ‘a lot of tears’ over recent months, as the health crisis threatened to derail her plans.

She said: ‘I am not going to lie, there was a lot of tears.

‘There was a lot of, you know, doubt that it would ever really happen, honestly. I don’t know how to say it other than I think that I have learned that it is OK to really work hard towards an actual goal that may not be there. 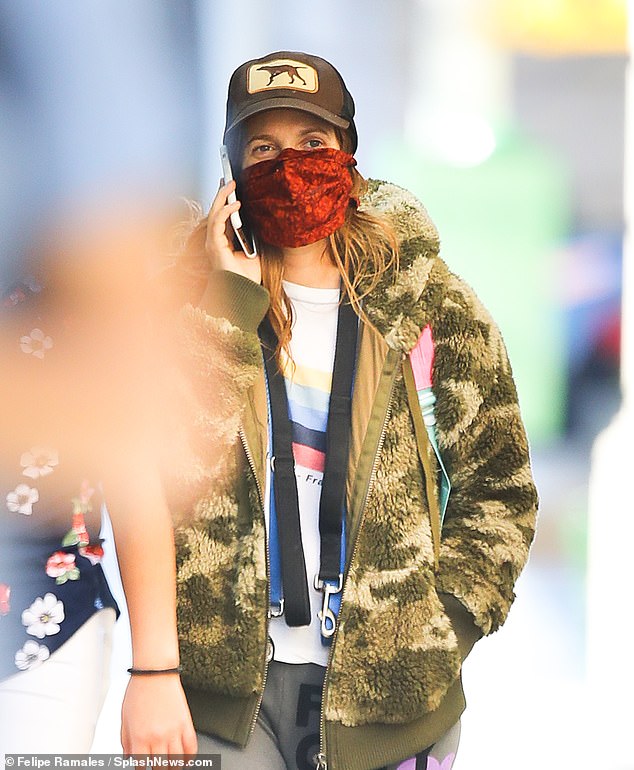 On the move: The 45-year-old actress bundled up in a fleecy camouflage jacket as she chatted on the phone

‘I don’t believe it is ever a waste of time, it will come in handy, it will pay off at some point and I am glad that we just persevered even if it was incredibly uncertain that this show was going to be able to grow on-air.’

Despite this, the Hollywood star insisted she doesn’t view The Drew Barrymore Show as her personal project.

Drew told Entertainment Tonight: ‘I think I will never call this my show. I have an absolute allergy to that.

‘This is our show and I am not the only one involved and there is no I in team. 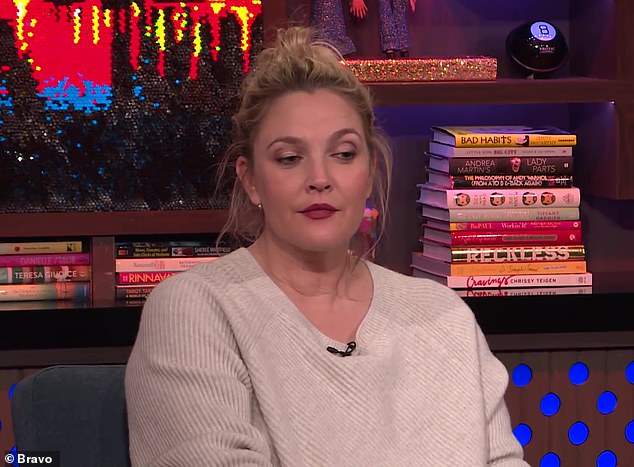 Working hard: Drew recently revealed there were a lot of tears in recent months as the health crisis threatened to derail her talk show plans

‘It is ours and we, and the big thing we are always doing is thinking about things that we are interested in and that are fun and that we are passionate about.

‘That’s the kind of approach that we have been taking for a year and it has evolved in such an incredible way through this most unprecedented year.’ 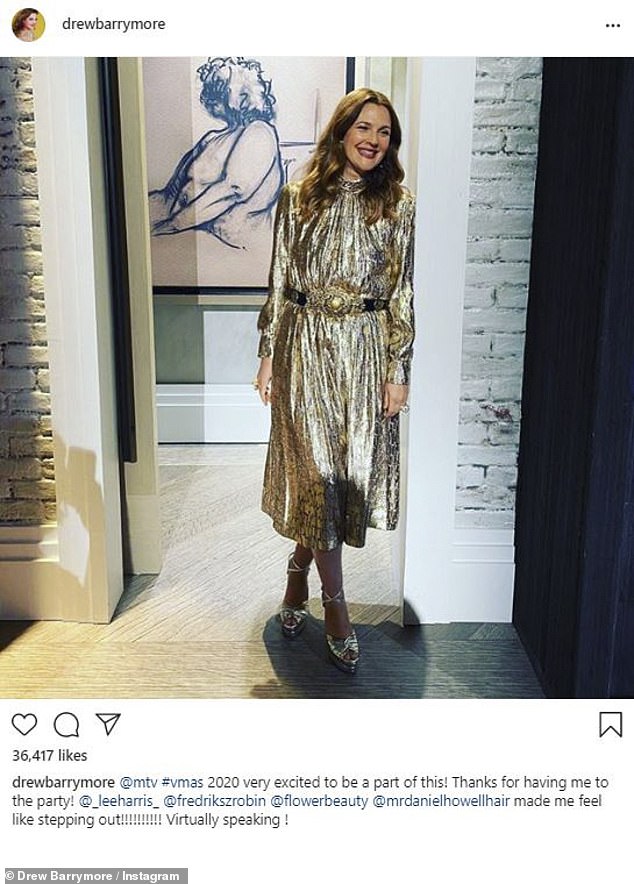 Virtually gorgeous: Drew glammed up for an appearance at the MTV VMAs last week

She said: ‘People are looking to have a different conversation. I think they are looking to if they are putting themselves out there, I assume, to reveal things about them that are not commonly known.

‘I think it is really weird when people choose to do a profession but you can’t know anything about me. It’s like, well, you took the wrong job, it is fair game.

‘Most people want to present their heart and humor, the same thing on this show.’ 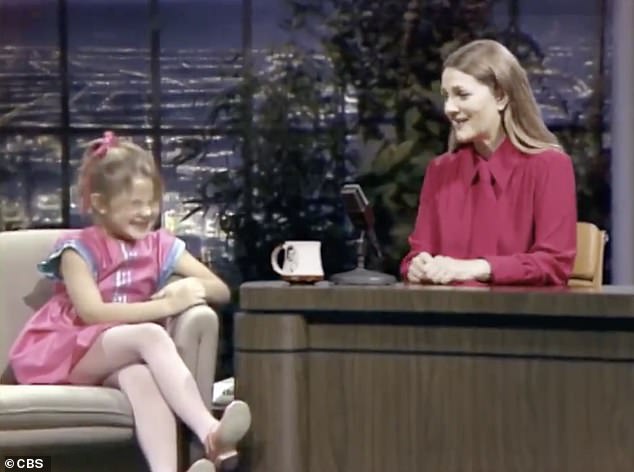 Drew has insisted she won’t be asking her celebrity guests ‘mundane questions’. She is seen here interviewing her younger self in a promo for The Drew Barrymore Show which premieres on September 14