A man from Michigan has proven that looks aren’t everything after seemingly driving a van that’s upside down.

A curious video recorded in south-east Michigan shows three people entering a van that is parked on its roof.

All three people enter through the back doors of the vehicle as the person filming comments that the people are just ‘going out for a ride in the van’. 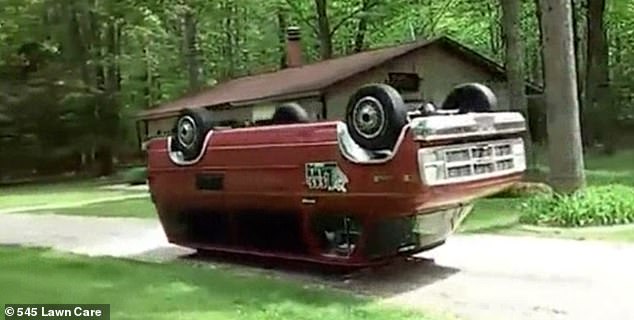 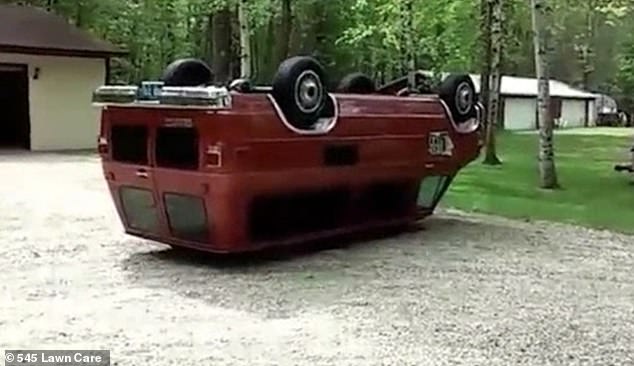 However, as the engine growls into life the entire van starts moving – despite being upside down.

Even stranger is the fact that the back end of the van is seen moving along the road as if it were the front of the vehicle.

All is not as it seems though as a second video posted on social media explains how the wacky van works.

The upside down 1985 GMC van is the brainchild of a man called Cody who works for 545 Lawn Care and was being driven on Memorial Day in the video. 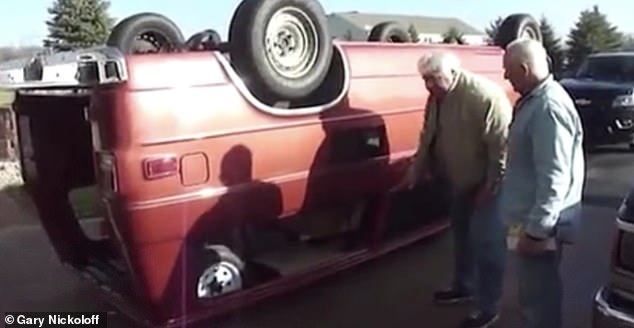 The inside of the van was gutted and the van was flipped in order to create the upside down van. Extra wheels were installed through the roof to raise the van four inches off of the floor

To create the crazy vehicle, the van has been completely gutted inside and the roof has been cut through so that four new tires could be slotted through, raising the entire van four inches off of the floor.

Then new seats were installed by bolting them to the roof which now acts as the floor.

Blacked out glass has been fitted in all the old windows to hide the work that has been carried out on the interior.

To create doors, the existing panels were removed from their hinges and fitted onto new ones that operate as gull-wing doors which open vertically.

The vehicle itself is road legal and is driven during parades and car shows.