Yousef Woolcock, 37, will have to hand over any significant amounts of money he makes after he is released from a 17-year jail sentence.

A judge ordered a whole of life payback plan at a Proceeds of Crime Hearing in Cardiff Crown Court on Thursday.

Bundles of cash and a black Audi worth more than £16,000 have already been confiscated.

Woolcock must pay the money after he is released from prison in almost two decades’ time. He will then be saddled with the debt until it is paid back in full. 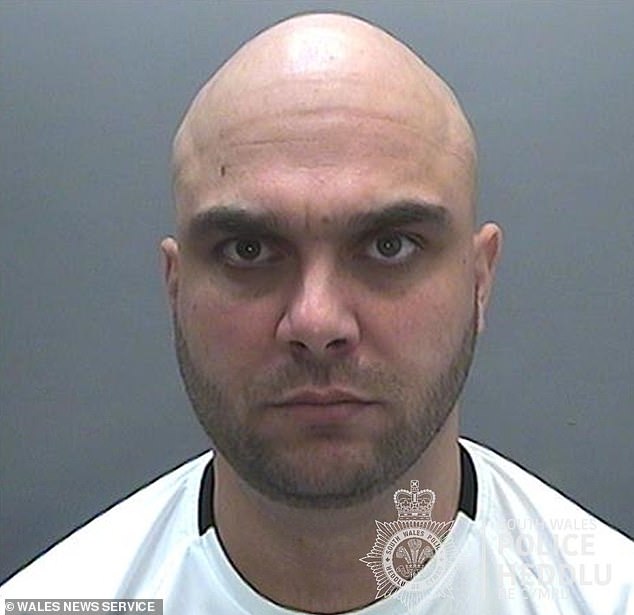 Yousef Woolcock (pictured), 37, will have to hand over any significant amounts of money he makes after he is released from a 17-year jail sentence

If he is given any valuable assets by way of inheritance, a gift, or even a lottery win, the police will have the power to seize it under the Proceeds of Crime Act.

Sergeant Tim Jones, said: ‘The Proceeds of Crime Act is powerful legislation which hits criminals in the pocket and ensures that crime does not pay for people like Yousef Woolcock.

‘Long gone are the days when criminals will serve their time behind bars only to return to benefit from a lifestyle of luxury funded by their criminal past.’

The dealer, from Barry in South Wales, was caught as part of Operation Blue Pearl and arrested in August last year. 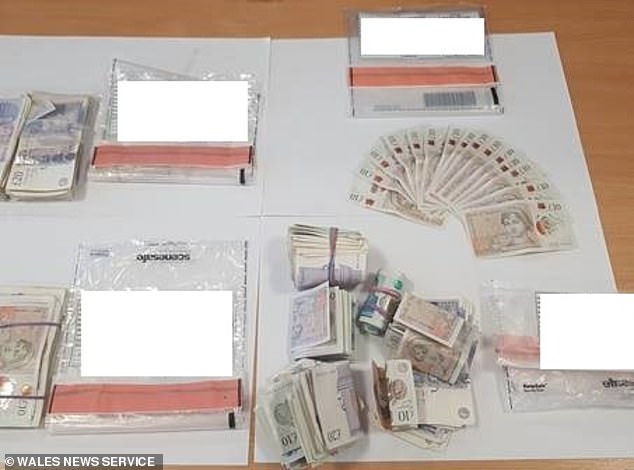 Bundles of cash were confiscated from the drug dealer. Operation Blue Pearl was launched after police received information that drugs were being transported from Barry to the South Wales valleys

He was head of a sophisticated drugs gang that shipped class A substances inland from Barry to dealers in the South Wales valleys, including Rhondda Cynon Taf and Merthyr Tydfil.

Between August 2018 and July 2019 Woolcock sold around 18kg of heroin and crack by contacting dealers and customers through a mobile phone known as the ‘Barry line’. He was finally arrested when CCTV caught him topping up the phone.

During the whole 12-month operation £64,000 worth of class A drugs, over £12,000 in cash, and weapons including knives, Tasers and hammers were seized by officers. 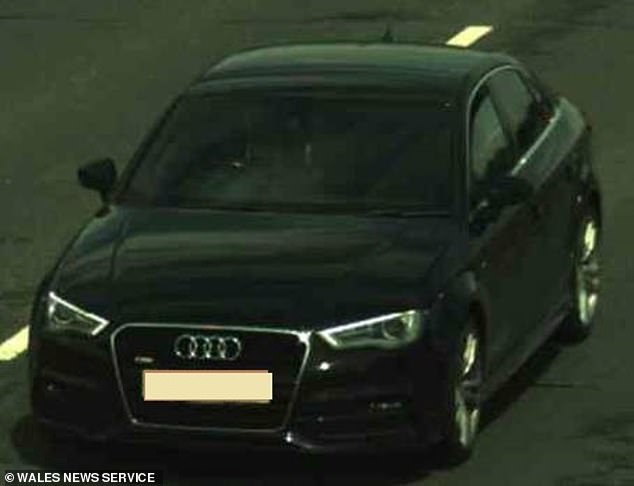 Bundles of cash and a black Audi (pictured) worth more than £16,000 have already been confiscated. Woolcock must pay the full £600,000 upon his release from prison and will be saddled with the debt until it is paid back

A South Wales police spokesman said: ‘It means he will never be able to own a house or a car.

‘We have specially trained officers who will make sure it’s confiscated.

‘A lot of his profits might have already gone on holidays and we can’t take what he doesn’t have. He will be saddled with this debt for the rest of his life until it’s paid.’

Woolcock was found with three packages of heroin worth between £2,580 and £5,160 in his anus while imprisoned at HMP Cardiff in November 2018.

He was later convicted of two counts of conspiring to supply Class A drugs and possessing heroin with intent to supply.