This former child star long ago established herself as a Hollywood fashionista.

And Elle Fanning demonstrated her winning street style again when she was spotted on a grocery run in Los Angeles on Tuesday.

The 22-year-old Maleficent: Mistress Of Evil actress slipped into a frilly pastel dress with puffed-out sleeves and a hemline cut at around mid-thigh. 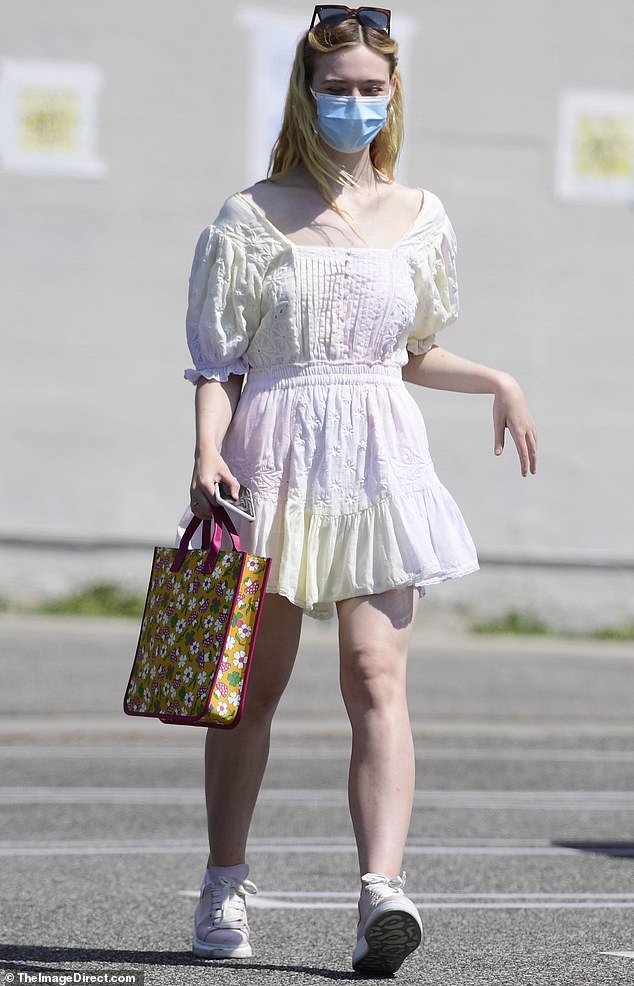 Errands: Elle Fanning demonstrated her winning street style when she was spotted on a grocery run in Los Angeles this week

She accessorized her throwback chic ensemble with a pair of shades and made sure to take the precaution of wearing a mask.

Her latest outing comes after she covered the 15th anniversary issue of C and said of her childhood dress sense: ‘When I was young, I was allowed to be eccentric.’

The sister of Dakota Fanning shared: ‘My mom would let me put on crazy outfits and go to school. I think I had an appetite for it more than Dakota did.’

Elle dished: ‘There are things that I would wear, and she would say: “That looks insane.” Kids definitely made fun of me, but I didn’t care.’ 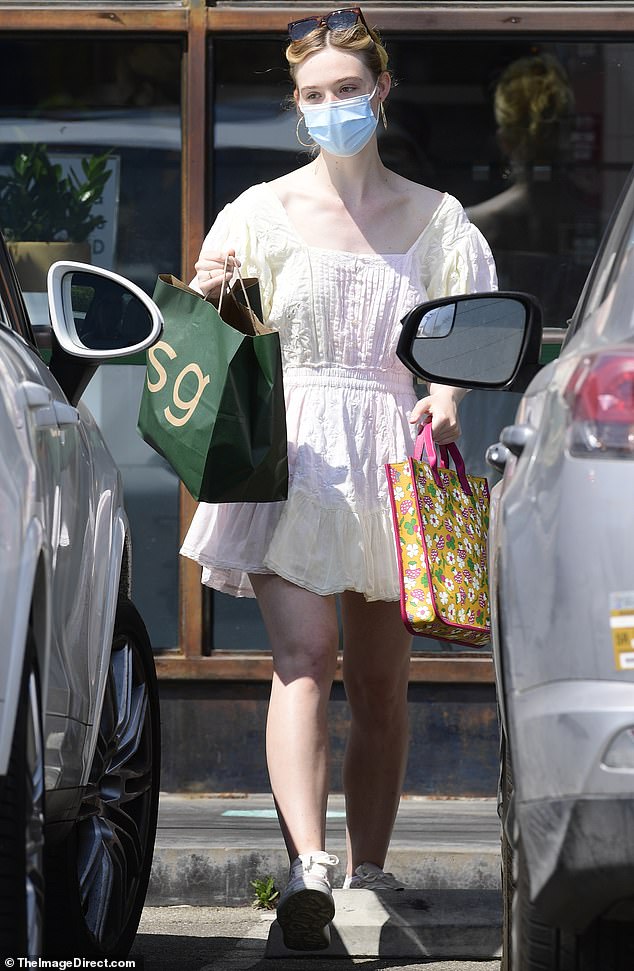 Throwback chic: The 22-year-old actress slipped into a frilly pastel dress with puffed-out sleeves and a hemline cut at around mid-thigh 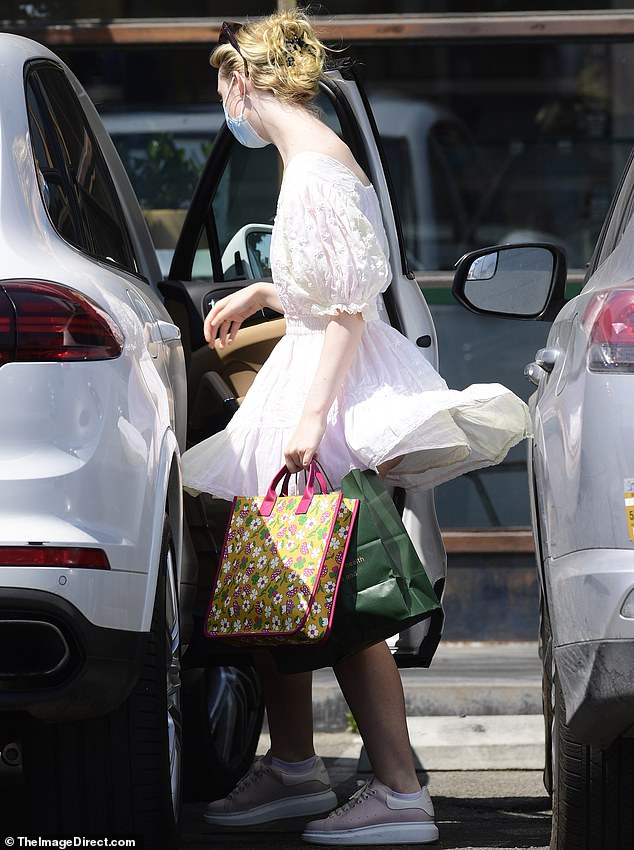 A good shopping experience: The Maleficent star had two bags in her hand as she entered the white car

As for her current style: ‘I’m not usually the T-shirt and jeans type of girl. But I have a Gucci sweater that I can wear over it and Chanel loafers, so that’s OK.’

Her clothing hit the headlines last year when she fainted at Cannes and revealed it was because of her ‘time of the month’ along with how tight her Prada dress was.

She can also be seen in a string of extravagant ensembles on her new darkly comic Hulu show The Great which she leads as Russian Empress Catherine II.

Elle and Dakota are starring in an upcoming movie called The Nightingale in which they will play estranged sisters navigating the dangers of life in Vichy France. 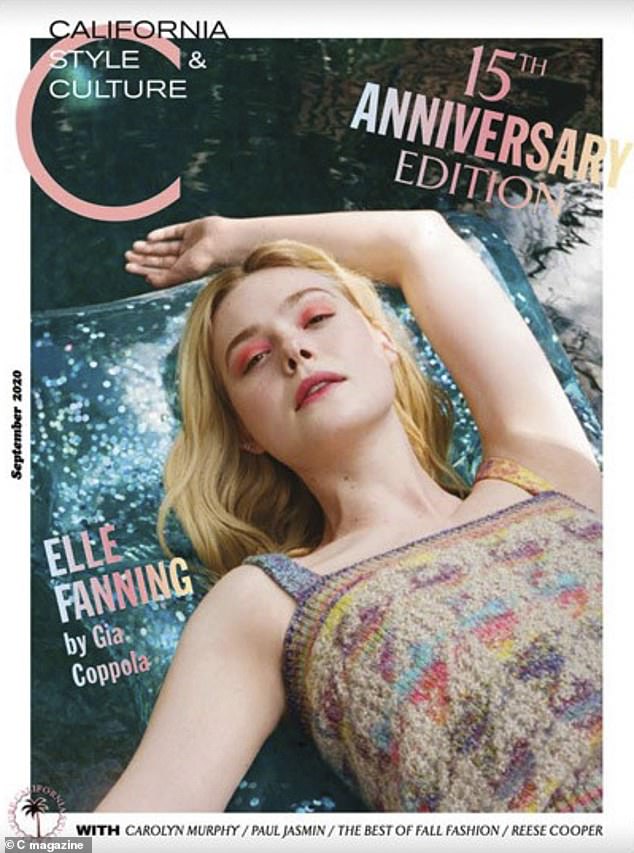 Looking fab: Covering the 15th anniversary issue of C magazine she dished about her childhood dress sense: ‘When I was young, I was allowed to be eccentric’ 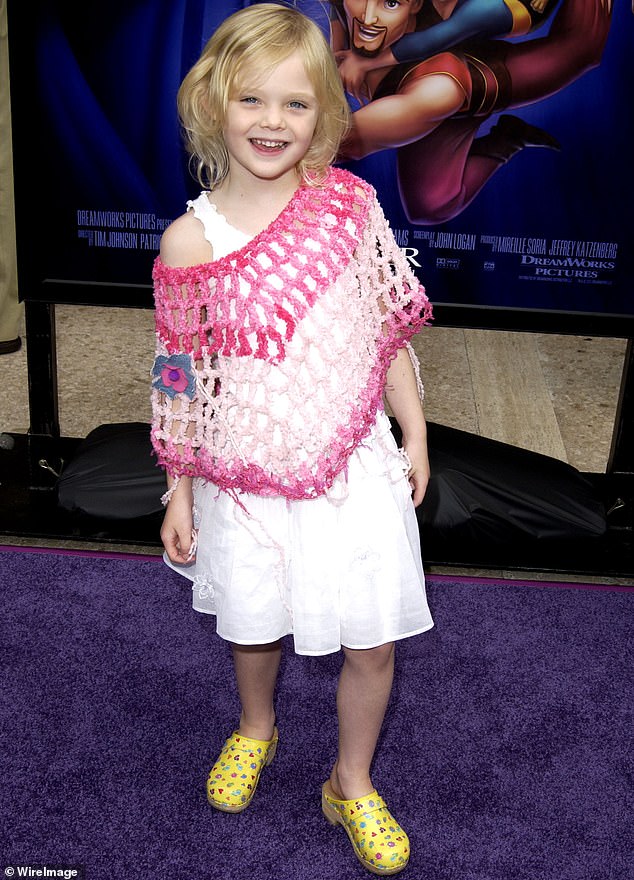 Throwback: Elle revealed she was ‘made fun of’ as a schoolgirl for her ‘crazy outfits’ and ‘eccentric’ style ‘but I didn’t care’; pictured at a premiere in 2003 aged five

Although it was originally slated for release this year the coronavirus pandemic has caused it to be bumped to December 2021.

The director is French film star Melanie Laurent, who starred in Quentin Tarantino’s 2009 movie Inglourious Basterds also about the Nazi occupation of her country.

This is also not the first time Elle has worked with her sister – she made her film debut as a younger version of Dakota’s character in the 2001 drama I Am Sam. 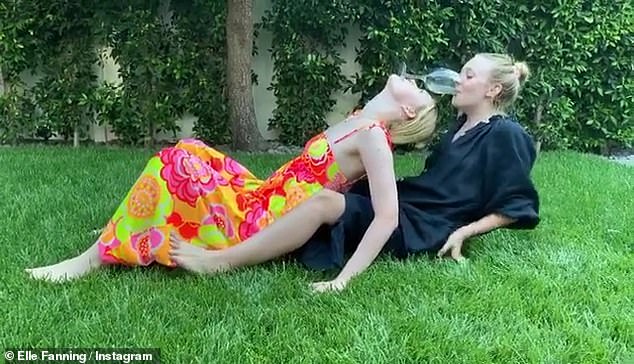