Tesla is building an electric car plant just outside Berlin, and is scheduled to meet German Economy Minister Peter Altmaier today during a visit to discuss the plans.

Additionally, the billionaire entrepreneur visited biotech firm CureVac yesterday, which is in the later stages of developing a potential vaccine for coronavirus.

Musk’s visit comes a day after he overtook Zuckerberg to become the world’s third richest man, with a net worth of $115billion, prompted by the sudden Tesla stock surge of 12 per cent on Monday, Bloomberg reported. 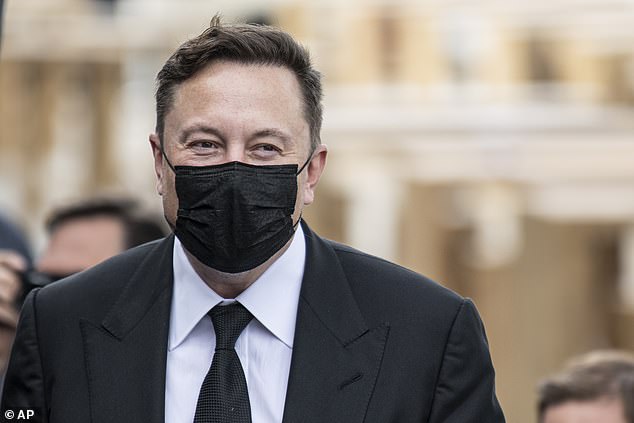 Elon Musk, technology entrepreneur, wears a mask before he attends the board meeting of a parliamentary group in Berlin, Germany today

Musk is in Germany meeting the country’s economy minister in relation to his plans to boost production at Tesla’s ‘Gigafactory’ in Grünheide, which would see the company manufacture around 500,000 electric vehicles produced a year.

The plans, which are not yet environmentally approved, would create 12,000 jobs, according to Deutsche Welle.

Yesterday, Musk visited CureVac, where the company have been building ‘microfactories’.

In July, Musk tweeted: ‘Tesla, as a side project, is building RNA microfactories for CureVac and possibly others. 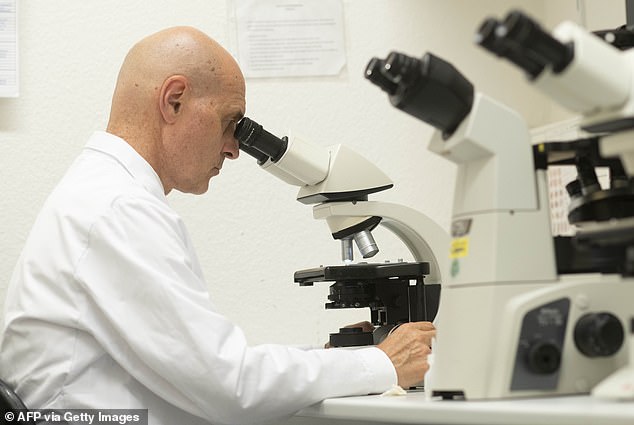 ‘In principle, I think synthetic RNA (and DNA) has amazing potential. This basically makes the solution to many diseases a software problem.’

According to their website, CureVac are formulating a new class of drugs using RNA, a molecule essential in genetics, to help the body produce its ‘own active substances to combat various diseases’.

Tesla are yet to release any information about the project other than Musk’s tweet in July.

In August, the European Commission said it was in advanced talks with CureVac to purchase over 200million doses of a coronavirus vaccine.