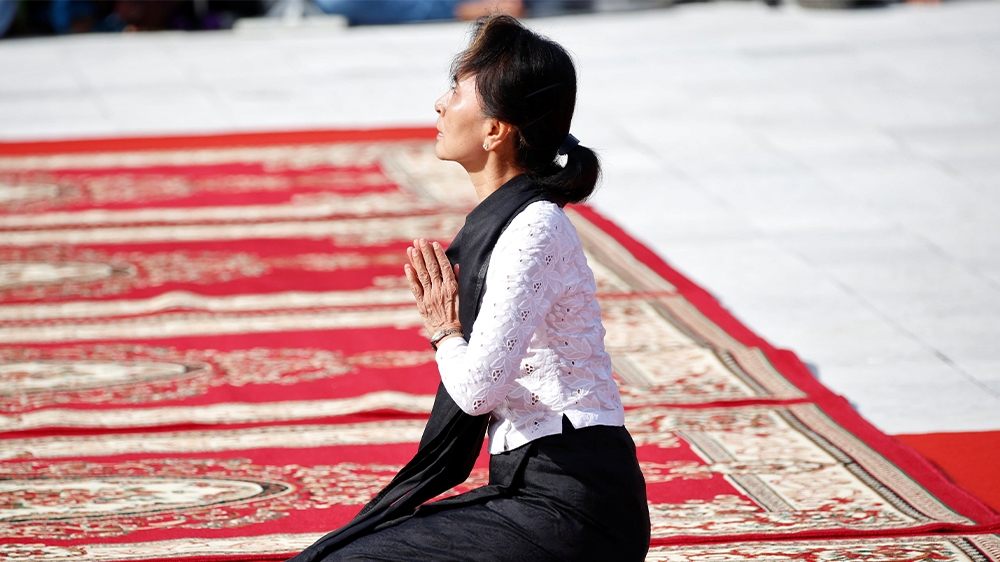 The European Parliament has removed Myanmar’s civilian leader Aung San Suu Kyi from the “Sakharov Prize community” because of her “acceptance” of state crimes against the Rohingya community.

The EU assembly awarded the former democracy campaigner its top human rights prize in 1990, a year before she received the Nobel Peace Prize, but she will no longer be able to take part in events for laureates.

A source close to the EP said the prize had been awarded for Aung San Suu Kyi’s work before 1990 and could not be withdrawn but that this exclusion, made on Thursday, was the strongest sanction available to MEPs.

More than 700,000 Rohingya, a mostly Muslim minority, fled to neighbouring Bangladesh after a bloody crackdown in 2017 by the Myanmar military, which UN investigators have concluded was carried out with “genocidal intent”.

Myanmar has refused accusations of genocide and most allegations of targeted military-led violence, saying that its actions were meant to protect the country against Rohingya “militants”.

In a speech in December at the International Court of Justice (ICJ) that lasted about 30 minutes, Aung San Suu Kyi defended her country’s military against allegations of genocide, but she did not use the word Rohingya once, in a 3,379-word speecj.

Critics said her refusal was part of Myanmar’s attempt to strip the minority of their identity and rights.