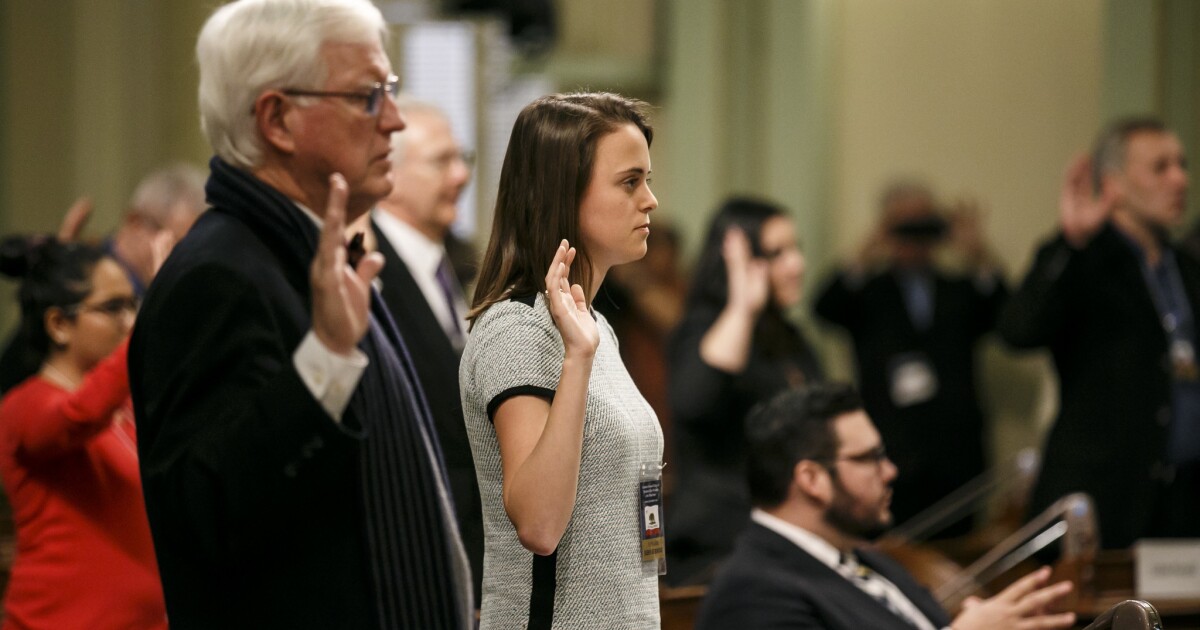 The American voters have spoken, and in a few days we’ll know…which slate of electors each state will appoint to choose the next president.

What’s that? You thought you voted for president? Although your ballot asked which candidate you wanted to elect, Americans don’t choose their president directly. As outlined in the Constitution as well as federal and state laws, Americans vote for electors, who then vote for the president a month later.

The electoral college was a compromise between the founders who supported direct democracy and those who worried that large states would dominate the process or that Southern states with many enslaved people would be slighted (or that Americans weren’t informed enough to make a good choice).

In modern times, however, it’s been criticized for giving too much power to small states and creating a system in which the loser of the popular vote can win in the electoral college and become president (as George W. Bush and Donald Trump did).

This year was no different. Once again, America found itself in a situation where for days we watched as final votes in a few key swing states were counted to determine whether Trump or Joe Biden would get the necessary 270 electoral college votes, even though by Friday Biden led President Trump in the popular vote by 4 million votes nationwide.

Here’s what you need to know about what happens next.

How does the electoral college work?

Every state gets one electoral vote for every member of its congressional delegation. For example, California, which has two senators and 53 House members, has 55 electoral college votes. The 23rd Amendment, which gave residents of the District of Columbia the right to vote for president after it was ratified in 1960, allows for the district to have three electors, the number it would have if it were a state.

With one elector for each of the 100 senators, 435 House members and D.C.’s three electors, the total number is 538. A candidate needs a majority — at least 270 electoral votes — to win the presidency.

After the November general election, each state appoints a slate of electors chosen by the political party of the candidate that won the state’s popular vote. On the first Monday after the second Wednesday in December — Dec. 14 this year — the states’ electors formally choose the president.

What is a “faithless” elector?

Electors generally have pledged to vote for the candidate who won the popular vote in their state. However, there have been 165 instances of “faithless” electors voting for someone else, most often to protest the system or because a candidate died. In 2016, Trump lost two electors and Clinton lost five, changing the electoral college outcome to 304 votes for Trump and 227 for Hillary Clinton from the expected 306 to 232 tally.

Most states have laws on the books to either fine electors who go rogue, cancel their vote and/or replace them with someone else. States’ right to enforce electors’ votes was upheld by the Supreme Court, after faithless Hillary Clinton electors from Washington state challenged the $1,000 fine the state leveled against them. (In a separate case, three Colorado electors who were replaced after they refused to vote for Clinton also sued and lost.)

If the results of the election are disputed in a state — because of either recounts or other issues — it has until Dec. 8 this year to resolve them. If states blow past that “safe harbor” date, then the newly elected Congress will decide in January.

If a state tried to ignore the popular vote and choose its own slate of electors, it would be in violation of federal law and give Congress the option to override the state’s decision. According to the National Task Force on Election Crises, a group of experts on election law and voting rights, the Electoral Count Act of 1887 requires Congress to go along with a state’s electors if they were chosen based on laws established before the November election.

“A post-Election Day appointment of a state legislature’s preferred slate of electors would almost always deviate from the legal process for appointing electors established by the state prior to Election Day,” the task force said in a report. “Losing the safe harbor protection leaves Congress to decide which electors to count from a state, without mandatory deference to the preferences of either the state’s voters or legislature.”

What are some alternatives to the electoral college?

But opponents say it’s not democratic, over-representing some states and under-representing others. For decades, it has also led to presidential candidates ignoring predictably red and blue states in their campaigning and focusing on a few battleground states — such as Pennsylvania, Michigan, Wisconsin and Florida this year.

What would it take to change the system?

Most major reforms to the electoral college would require a Constitutional amendment, which is a big hurdle. To be approved, an amendment would need support of two-thirds of the House and Senate and ratification by 38 states.

Given that difficulty, an effort has been underway to encourage states to pass laws awarding electors to the winner of the national popular vote. So far 16 states — with just under 200 electoral votes among them — have passed such laws. Their compact would take effect once there are enough state participants to account for at least 270 electoral votes, according to National Popular Vote, the organization behind the effort.