This is the moment a Big Brother contestant is ejected from Lidl for not wearing a face mask.

Glen Coroner, otherwise known as DJ Spiral, was filmed being evicted from the store following a heated exchange with staff.

The incident, which is thought to have taken place in Dublin, was shared on Twitter on Saturday, September 12, where it quickly went viral.

As the video begins, he is seen arguing with a man thought to be a Lidl employee, who grabs his basket and asks him to leave the store. 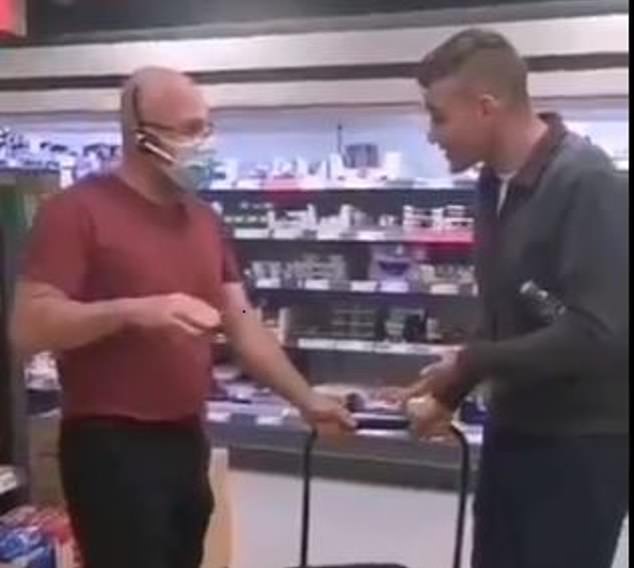 Big Brother contestant Glen Coroner – otherwise known as DJ Spiral (right) – was captured in a viral video being evicted from a Lidl, believed to be in Dublin, for not wearing a face mask 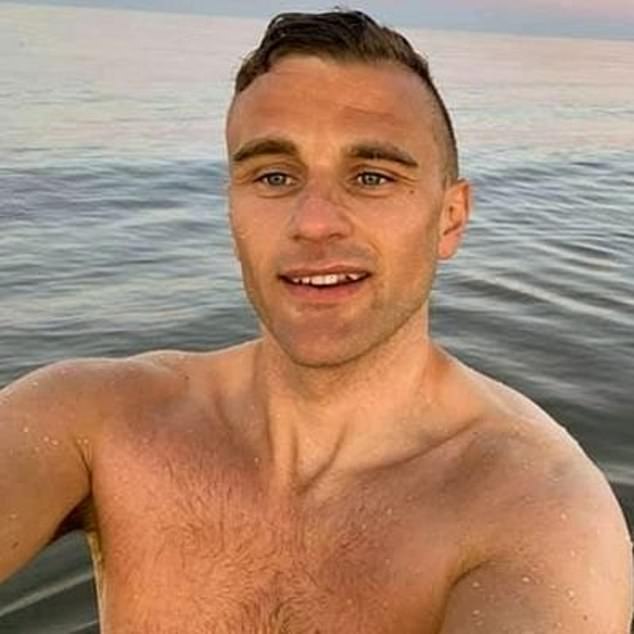 Coroner, who currently owns an events business, appeared on reality TV show Big Brother in 2006. He was evicted on day 72 after being voted out by his fellow housemates

Glen, from Dublin says: ‘Excuse me, let go of that.’

The man replies: ‘We are not serving you, excuse me please I am asking you to leave the store.’

Glen then responds: ‘What do you mean, why? I have a constitutional right, what are you doing?’

A woman recording says: ‘You are going online just letting you know.’

The man asks Glen to leave the store one further time as he responds: ‘No, I am not leaving the store.’

Glen adds: ‘I am not leaving the store, I know my constitutional rights, ring the police.’ 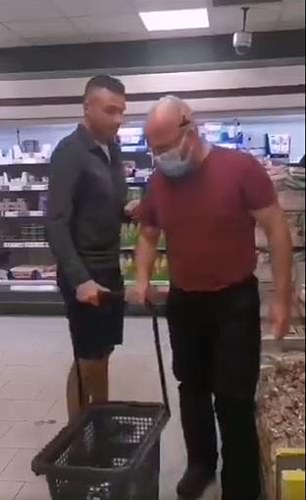 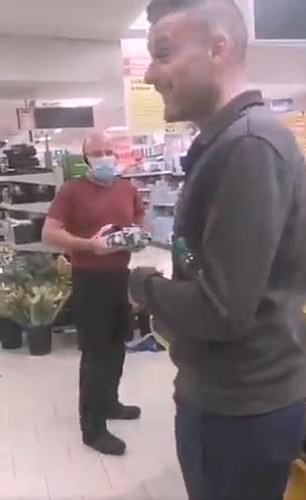 A man, presumed to be a Lidl employee, was seen telling the Big Brother contestant to leave the store. The man in a headset stopped Coroner from trying to pay as he wasn’t wearing a face mask, telling him to leave the supermarket

The man walks towards the front of the store with Glen and the woman recording behind him.

Shoppers then threaten to call the Garda as Glen’s shopping is taken away from him.

Glen calls out: ‘Are you not letting me get my milk?’

The man promptly responds: ‘No’ as he walks out of sight, Glen looks to the camera and says: ‘Keep recording this.’

The man believed to be the Lidl employee says: ‘I am asking you nicely to leave the store and keep your distance.’

Glen responds: ‘You are the one that is on top of me, please move out my way, I want to get my milk.’ 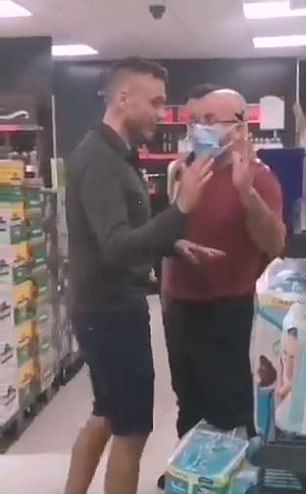 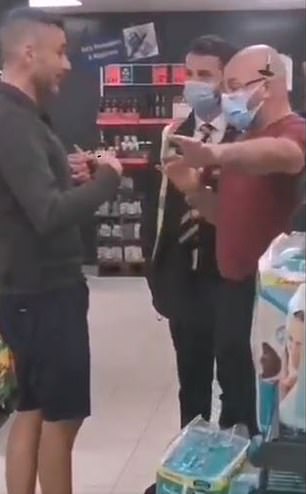 The man takes Coroner to the front of the store, and continues to ask him to leave. Shoppers then threaten to call the Garda

The clip finishes with police outside a Lidl store with Glen saying off camera: ‘This is what I don’t understand you try and explain this to them, do you know what I mean?’

The video was shared on Twitter by user @ActingTheGom, who said: ‘100% behind @lidl-ireland for ejecting these clowns, spouting on about constitutional rights when they can barely operate a shopping trolley.’

‘Seemingly the male is something called a DJ Spiral and was on Big Brother.’

The post has since clocked up 9,000 likes and drawn strong support for the store.

@John17250441 wrote: ‘Excellent response to a dangerous clown,’ while @lk-jord commented: ‘Literally just finished watching BB7 UK and wondered what Spiral was up too. He ain’t changed.’

@Claireykin added: ‘This security guard deserves a medal with how he handled this. Fair play to him,’and @EPNNolator said: ‘DJ Spiral, you have been evicted from the Big Lidl Shop, p*** off.’ 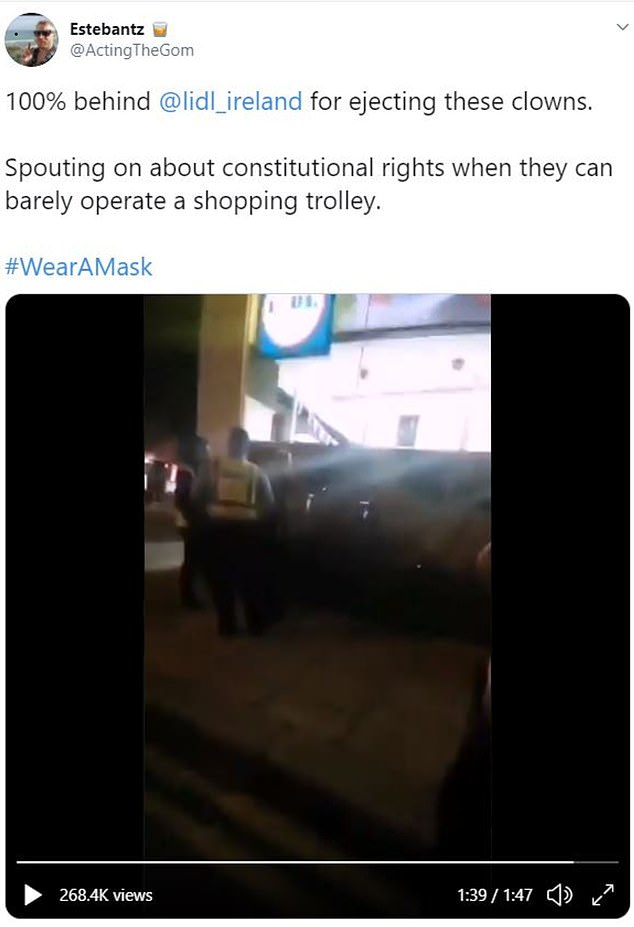 People on Twitter reacted positively to Coroner being ejected from the store, with one saying ‘this security guard deserves a medal with how he handles this’

Glen rose to fame in 2006 on Big Brother 7 and was known for his outbursts and his rapping.

He released songs such as ‘So sexy’ and was also known for his angry outbursts on the show.

He was evicted on day 72 after being voted out by his fellow housemates.

He now owns Legends Of The Old Skool, a DJ event in Dublin.