The ‘baffled’ family of a missing girl are still hoping that will ‘come back alive’ – despite her parent being charged with murder.

Bernadette Walker, 17, was reported missing from her Cambridgeshire home seven weeks ago.

But police have now launched a ‘no body’ murder investigation and even charged her parents Sarah, 37, and Scott Walker, 50, with her murder.

Today Scott Walker’s sister, Bernadette’s aunt, has said she and other relatives are in ‘total disbelief’, but are still hoping she could come back alive. 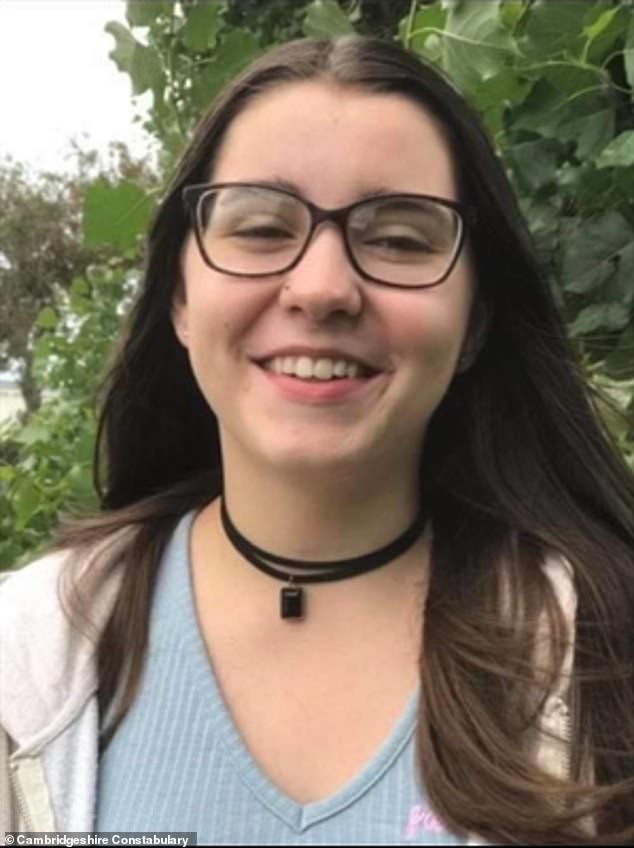 Bernadette Walker (pictured), 17, was reported missing from Peterborough on July 21 after she had not been seen for three days 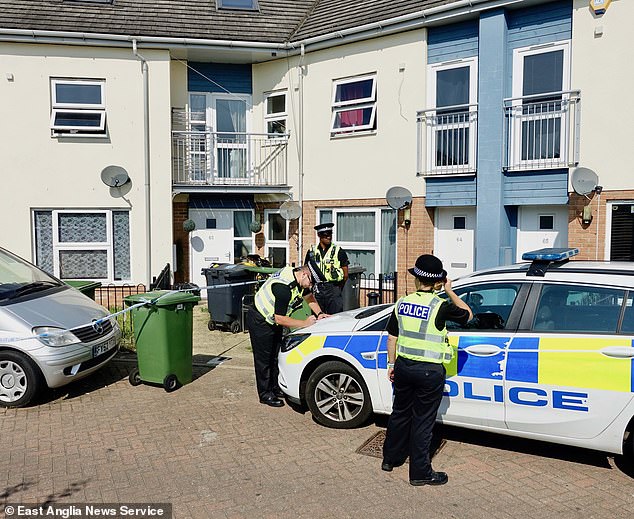 Police were seen outside Bernadette’s family home in Millfield, Peterborough on Sunday, as a man and a woman remain in custody on suspicion of murder

‘We are baffled and hope the police have got it wrong,’ she told Sun Online from a home on the outskirts of Peterborough, Cambs.

‘We had no idea they had been charged until we heard it on the news. Police didn’t tell us anything, they haven’t been to see us. The family’s in shock. It’s terrible.’

Meanwhile Bernadette’s maternal grandmother Pat Dickinson, 60, said she was still holding out hope the ‘fun and bubbly’ teen would be found alive.

She described her as a ‘normal teenager’ who was very good at drawing, and had even learnt to knit from her grandmother. 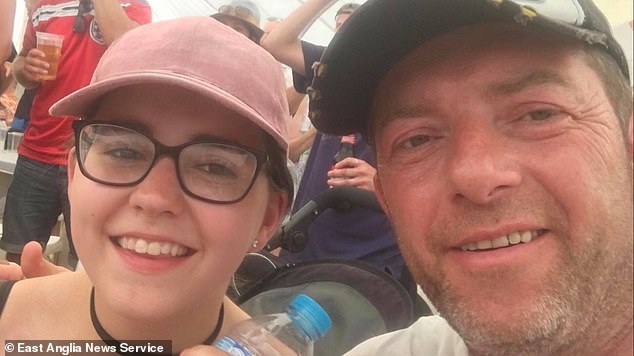 Bernadette Walker, 17, pictured with her father Scott Walker, 50. He has now been charged. 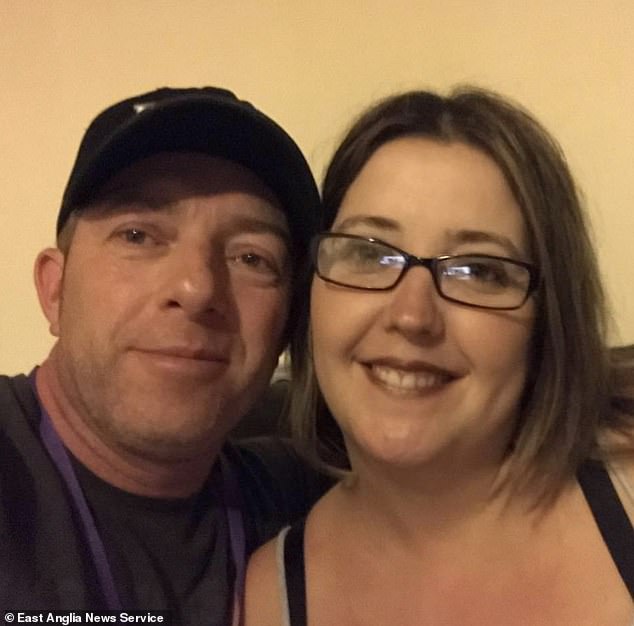 Scott Walker, 50, and Sarah Walker, 37, have been charged with murdering their daughter

‘I am so confused about what has happened. I just hope that she is safe somewhere and gets in touch,’ she said.

Mrs Dickinson last saw her granddaughter in June soon after her little sister was born.

Bernadette’s parents reportedly told police that they last saw her on July 18 when she ran out of their car.

Ms Walker said that her daughter texted her nearly two days later, at 1am on July 20, to say that she would be returning ‘soon’ to the family’s five bedroom council home in Peterborough, Cambridgeshire.

Bernadette’s parents reported her missing to police the following day on July 21 when they told officers that they had heard nothing more from her.

Mother-of-nine Ms Walker, who had a baby girl around six months ago, distributed posters around Peterborough to appeal for information about her missing daughter who loved goth and punk music. 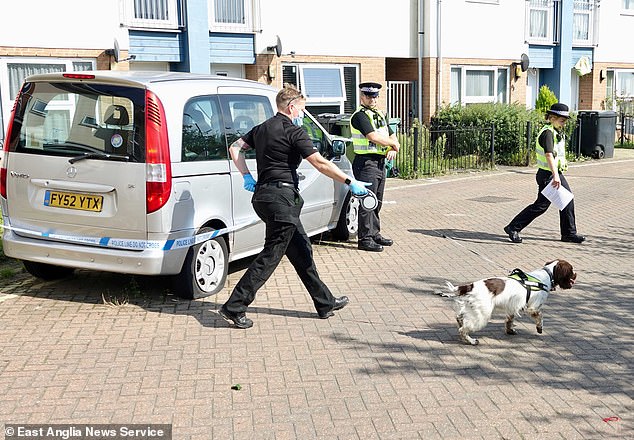 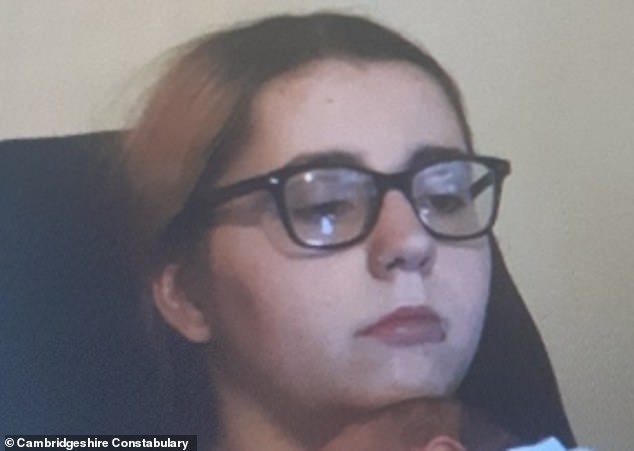 A ‘no body’ murder investigation was declared on Friday after all search operations failed, police from the Bedfordshire, Cambridgeshire and Hertfordshire Major Crime Unit revealed

In August Ms Walker told PeterboroughMatters.com: ‘I can’t eat or sleep properly. I miss and love my eldest princess so much, she’s missing out on her baby sister, who has learned to smile and coo already.’

She revealed she hadn’t had any contact from her daughter since 1am on July 20, when Bernadette text her to say she was on her way home.

Police officers were today standing guard outside the family’s modern terraced home which was cordoned off with police tape.

Specialist forensic officers were seen going in and out of the house along with a police dog handler and her spaniel sniffer dog.

A neighbour of Bernadette’s parents, who asked not to be named, said today: ‘They are really lovely and always smiling.

‘They are a good family and had just had a baby girl. There were a lot of children – but they seemed to cope fine. They were always looking out for their children

‘I spoke to them after Bernadette went missing to wish them all the best and they were really gutted about it. 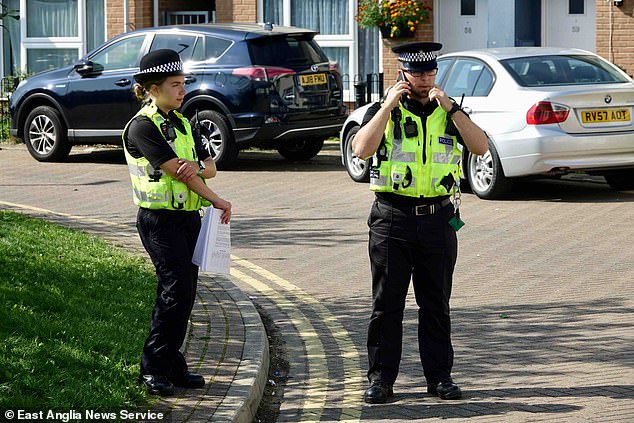 Police were standing guard outside the 17-year-old’s home today. On Friday Cambridgeshire Police launched a ‘no body’ murder investigation

Bernadette is described as medium build with half brown, half gingery blonde hair

‘I messaged her when the news came out about a suspect man being arrested and she said she had just come back from giving a statement to police. I just told her that I hoped everything goes well.’

DCI Jerry Waite said: ‘Due to the length of time Bernadette has been missing and concerns she may have come to some harm, we made the decision to declare this a murder investigation yesterday morning.

‘Whilst we hope we do find Bernadette alive and well, there is every possibility this may not be the case therefore my team and I will do everything possible to find out what has happened to her and bring any offenders to justice.’

Bernadette ran out of her car parents car on July 18, she contacted her family two days later, but was reported missing the following day.

Bernadette hasn’t accessed social media since and no friends have heard from her.

Her family originally thought she may have taken spare clothes with her, but have since found the items under the schoolgirl’s bed.

Bernadette is described as medium build with half brown, half gingery blonde hair.

She has facial piercings and two homemade tattoos.

Anyone with information on Bernadette’s whereabouts or what has happened to her is urged to contact police either by using the online webchat function, or by calling 101 and quoting Operation Penshaw.