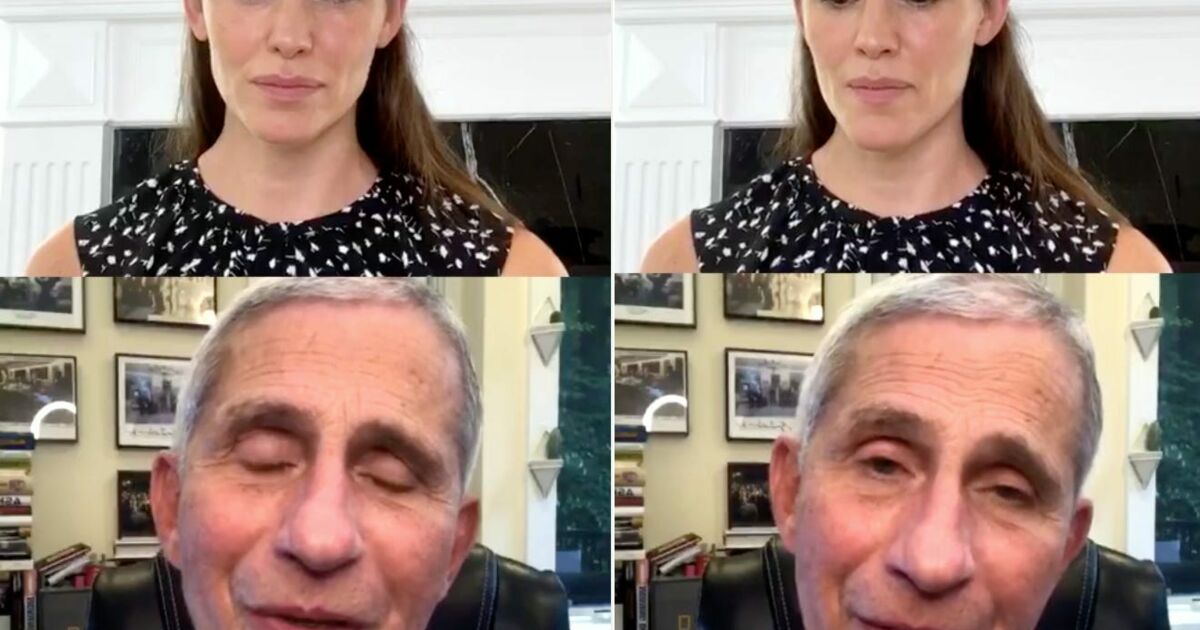 In an Instagram Live, the US’s leading coronavirus expert Dr. Anthony Fauci told Jennifer Garner it will be years before theaters are safe.

Dr. Anthony Fauci, the nation’s top expert on infectious disease, said Wednesday we likely won’t be able to safely sit down in theaters for at least another year, if not more.

Fauci made his prediction in a 30-minute interview with actress Jennifer Garner on Instagram Live, discussing the coming flu season, vaccines, and lockdowns.

As a film fan and performer herself, Garner asked Fauci, “When are we going to be able to sit in a theater and watch our favorite performers up on stage again?”

“I think it’s gonna be a combination of a vaccine that has been around for almost a year and good public health measures,” Fauci told Garner.

Fauci said that even if a vaccine were to be finalized by November or December of this year, that would mean the soonest the majority of the population could be vaccinated is by Fall 2021.

(However, Fauci has repeatedly said he thinks it is “unlikely” a vaccine will exist by November, despite the Centers for Disease Control and Prevention telling states to prepare to roll-out vaccines in November.)

The vaccine will be distributed first to frontline medical workers, then those with pre-existing conditions, then necessary personnel like politicians and public health officials, then children, and then the rest of the population.

However, it will also depend on how effective the vaccine is.

“If we have a vaccine that’s a knockout vaccine — that’s 85% – 90% effective. I don’t think we’ll get that, I’ll settle for 70% effective,” Fauci said. “If we get a really good vaccine and just about everybody gets vaccinated, you’ll have a degree of immunity in the general community that I think you can walk into a theatre without a mask and feel like it’s comfortable that you aren’t going to be at risk.”