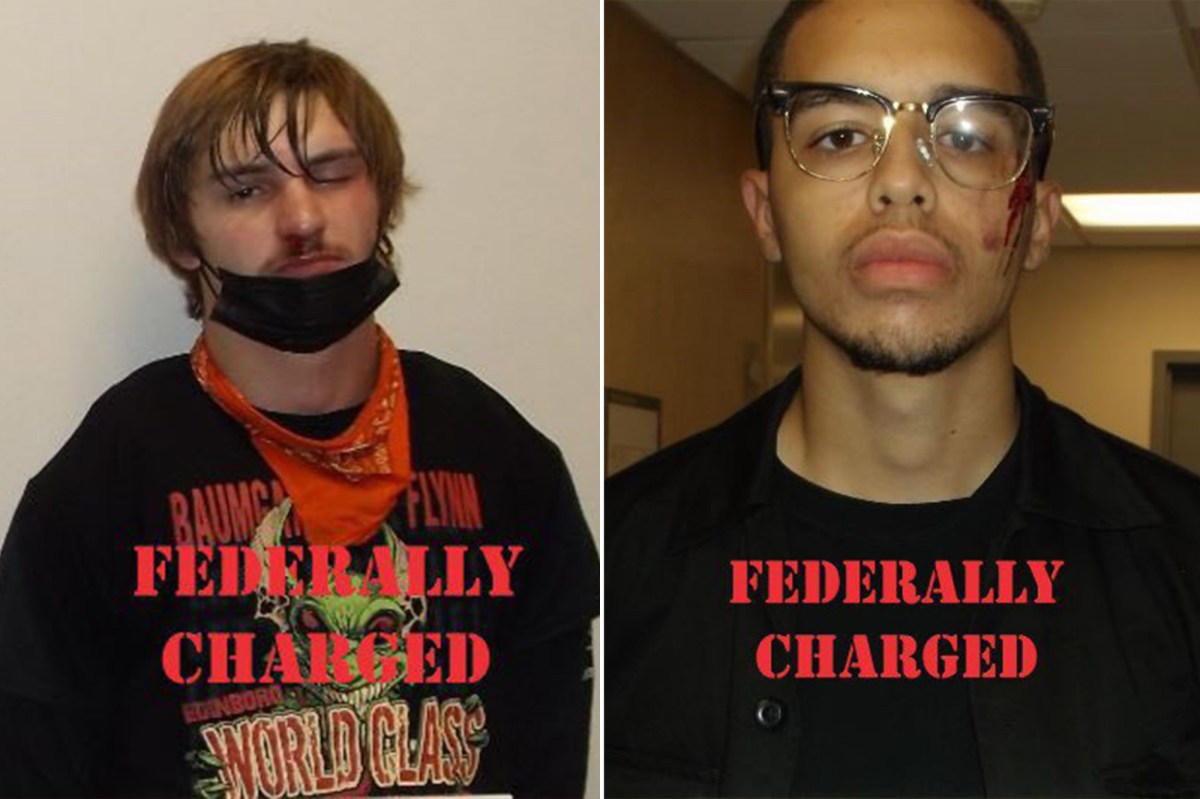 The busts came after some 1,500 protesters took to the streets and clashed with police following the release of bodycam video of Daniel Prude’s death during his arrest by Rochester cops, the US Attorney’s Office announced.

Dallas Williams-Smothers, 20, of Rochester, and Adam Green, 20, of Dansville, a village south of the city, were charged in separate incidents during the unrest on Saturday, prosecutors said.

Green was allegedly part of a mob of demonstrators hurling rocks, bottles and fireworks at police at the intersection of Broad Street and Exchange Boulevard when Rochester Police Officer Geoffrey Quinn moved in to disperse the crowd, according to a federal complaint.

Quinn suffered a cut to the bridge of his nose.

A separate complaint, filed Wednesday, charges Williams-Smothers with hurling “a mortar-style” firework at police at 11:20 p.m.

“The firework detonated in the immediate vicinity of the uniformed RPD officers, causing a loud explosion and creating a risk of serious injury to the officers,” the complaint said. “Williams-Smothers fled the area on foot.”

City police later arrested Williams-Smothers nearby and took him into custody.

Both men were hit with federal civil disorder charges and face up to five years in prison if convicted, prosecutors said.

Prude, 41, was naked and visibly emotionally disturbed when he was confronted by Rochester police on March 23. The cops, heard laughing on viral video of the incident, placed a spit mask over his head and held him down until he stopped moving.

He was declared brain-dead and died one week later. The video of his death was released Sept. 2, sparking the unrest.

The Rochester arrests come after the FBI in Portland, Oregon, announced federal charges against three demonstrators in that city, as federal authorities step up prosecution against Black Lives Matter demonstrators.