A long-running feud between two leading surgeons at Great Ormond Street hospital is putting children at risk, an investigation has found.

Managers at specialist children’s hospital brought in experts from the Royal College of Surgeons to settle a dispute between the warring consultants.

The report released by the hospital said the consultants were ‘excellent dedicated surgeons’ but that their department had been split by their ‘fractured relationship’.

A consultant in the department, who did not wish to give his name, said the dispute involved ‘sensitive issues,’ The Times reported. 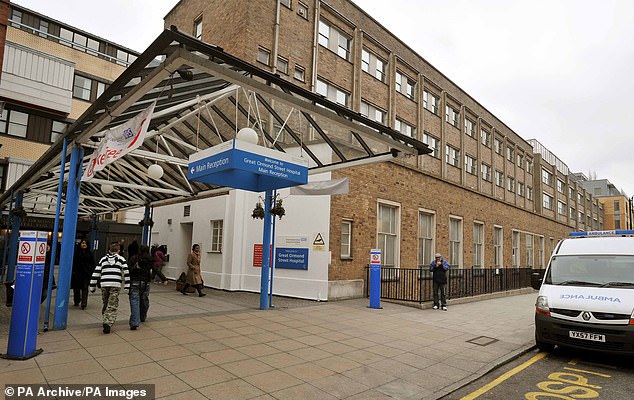 Neither the report nor the hospital has named the doctors involved.

It is understood that attempts at internal mediation between the pair had little effect, the report stated:  ‘The interpersonal difficulties, primarily between the two consultants, seem to be causing difficulties in the operational and developmental aspects of the service.

‘This may have the potential to affect patient care and safety if not resolved in light of the apparent lack of trust and respect and unwillingness to work collaboratively.

‘It said that the mutual dislike compounded problems in a department already affected by a high workload and a new computer system.

The report stated: ‘The difficulties in interpersonal relationships have impacted the effectiveness of the consultant team and its ability to share ideas and constructive criticism.’

Adding that: ‘The significance of the dysfunction between the two consultants seems to have resulted in trust management focusing on this, at times to the detriment of the rest of the consultant team’.

The Great Ormond Street Hospital trust said that it had responded to the report by hiring a coach and mentor and setting up a mediation process.

It was also suggested that there was competition between some of the surgeons for work that seemed to be fueling the conflict.

The investigators also said that there was competition between some consultants for work that ‘seemed to be adding to the conflict within the team as well as creating the potential for waiting time breaches’.

A spokeswoman for the trust said that it had commissioned the review after feedback from staff and families.

‘It is important to us that we are open and transparent about our services,’ she said.

‘We recognise that team dynamics and leadership within the service were not working well and that if they were not addressed there could be an impact on patient care.

‘We have therefore taken the issues raised in the report and the recommendations extremely seriously and are now implementing a robust action plan that has included mediation, leadership development and mentoring.’