New York firefighters rescued a woman who had climbed onto the ledge of her 16th floor apartment to escape a blaze tearing through her home.

The FDNY responded to a report of a fire near Lenox Avenue and West 135th Street in Manhattan at around 1.30pm Tuesday and found the woman clinging to her window as smoke billowed out.

Firefighters sprang into action and performed a rare roof rope rescue from the 17th floor while one responder, Brian Quinn, stayed with the woman to keep her calm so she wouldn’t fall or jump.

The dramatic rescue was caught on video posted to Instagram by the FDNY. 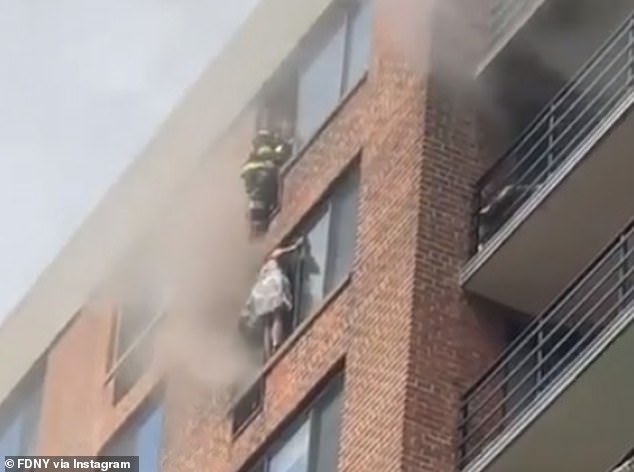 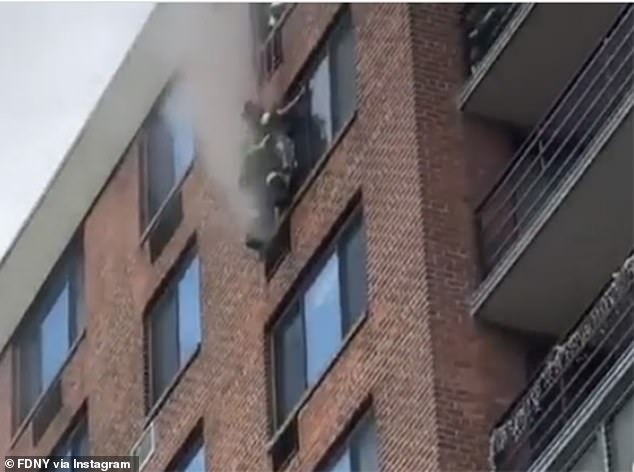 One firefighter, Brian Quinn, scaled the side of the building from above and stood behind the woman to ensure that she wouldn’t fall or jump

The fire had broken out inside the woman’s apartment and she fled onto the thin ledge to escape.

As one group of firefighters secured the rope on the floor above to pull the woman to safety, another was in the apartment working to extinguish the flames.

Meanwhile, Firefighter Quinn scaled the building from above and stood behind the woman to make sure she wouldn’t fall.

He said one of his lieutenants was trying to coax her inside, but she wouldn’t budge.

‘She was completely panicked and she was not going to let go,’ Quinn said.

‘I was right behind her, so if she did decide to jump or let go I was holding her to the glass.

‘I just said: “I’m not going to let you fall. We’re going to get you inside.”

He said the smoke finally began to disperse after firefighters broke the windows to the apartment – alleviating some of the woman’s fear about going back in. 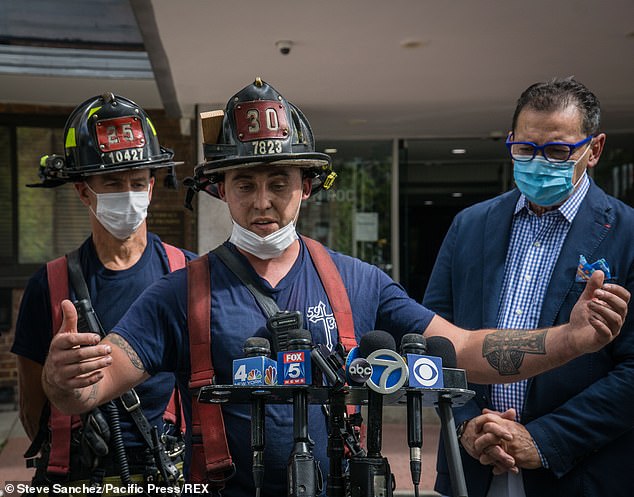 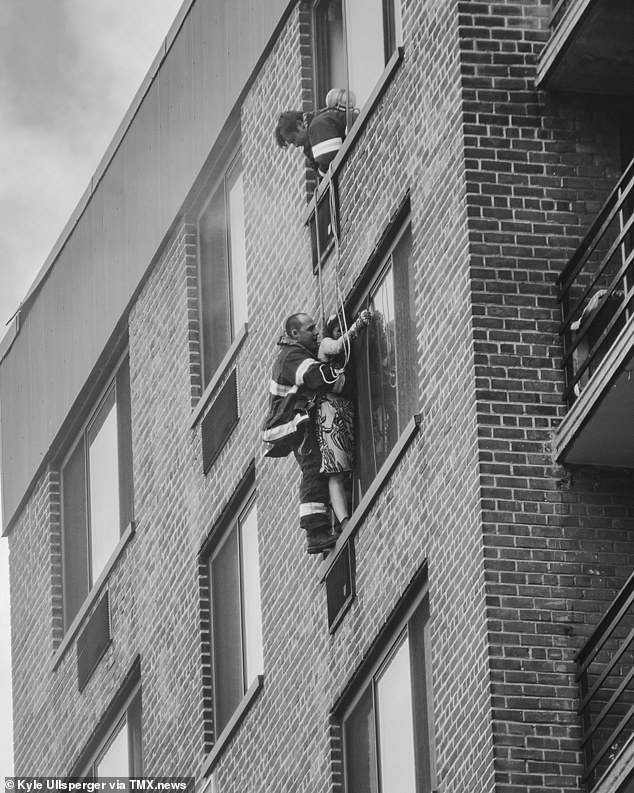 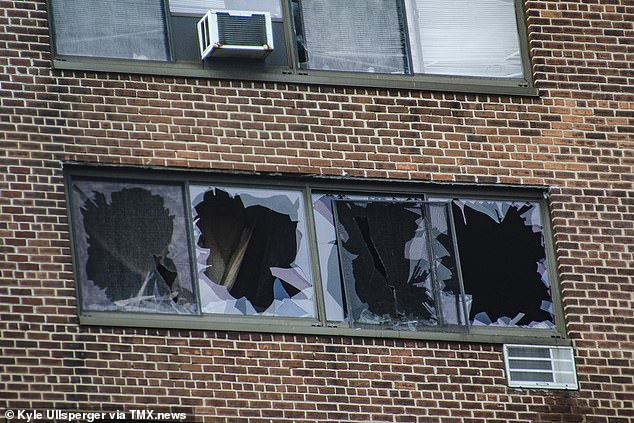 FDNY Commissioner Daniel Nigro said the crew’s ‘aggressive attack’ managed to tame the fire enough to bring the woman into the apartment instead of going through with the rope maneuver.

The fire was contained within about 30 minutes. 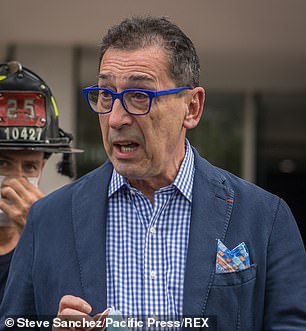 Quinn noted that he and his crew had practiced the same drill just two hours before they responded to the Lenox Ave fire.

‘This was really a heroic rescue and shows the talent and bravery of the members of the FDNY, something that is rarely done,’ Nigro said in the Instagram post.

‘They used their skills quickly, assessed the situation quickly, did what had to be done, bravely.

Nigro said the woman, who has not been identified, was treated for smoke inhalation. 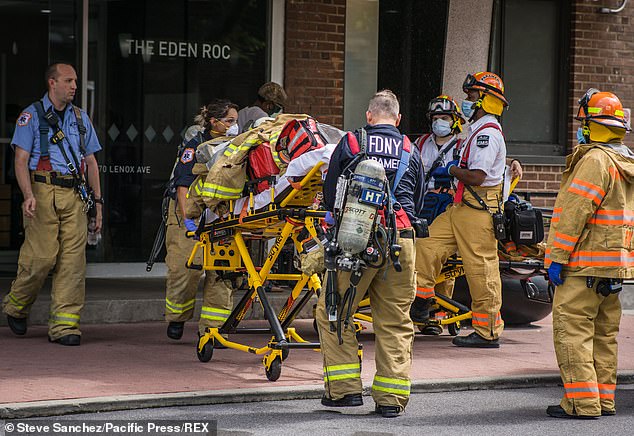 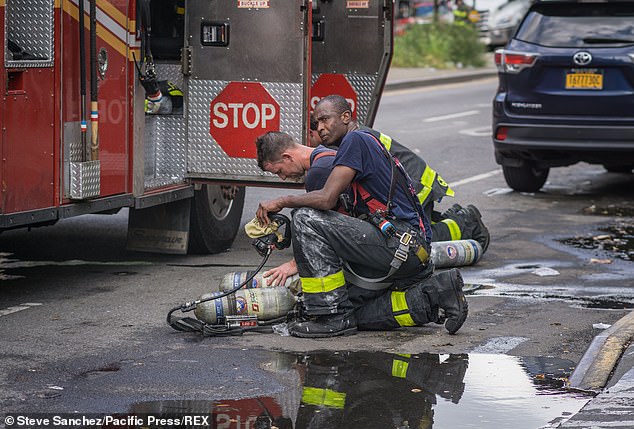 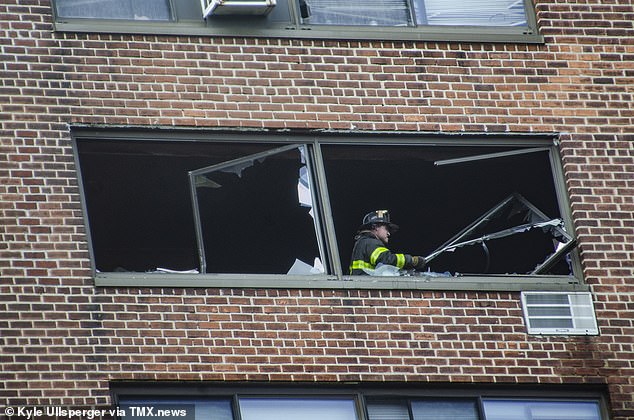