Cathy Freeman overcame a 54metre handicap and an elbow in the ribs to win a 400metre dash – four years before her iconic gold medal at the Sydney Olympic Games.

Resurfaced footage shared to Twitter on Monday showed the moment Freeman overcame the handicap to overtake her competitors at the 1996 Stawell Gift.

‘Is it possible that Sydney 2000 was Cathy Freeman’s second biggest triumph behind the ’96 Stawell Gift?’ Adam Zwar wrote on Twitter.

‘She started 54 metres behind the field and got elbowed in the final straight. If you haven’t seen this, you need to.’ 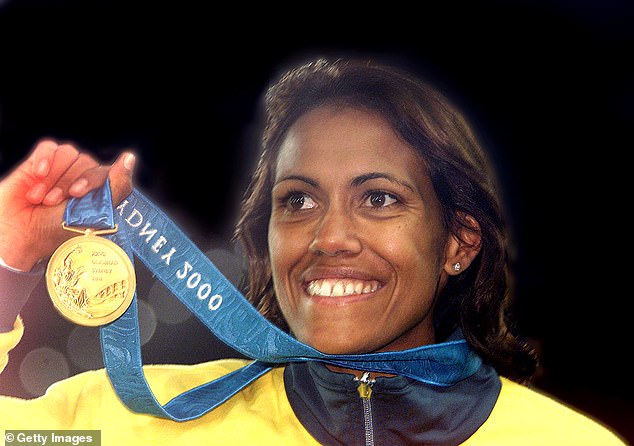 Freeman appeared to cop an elbow in the ribs after she bumped shoulders with a fellow sprinter during the main straight of the race.

‘I feel bad for saying that Cathy got ‘elbowed’. On further inspection, the runners seem to bump shoulders. Happens all the time. No villains here,’ Mr Zwar added.

The commentator said: ‘Last year was much easier than that, they weren’t going to let her get it easy here today, she got a shove and all.’

The Stawell Gift website said Freeman ‘thrilled’ the crowd with ‘two of the most memorable races ever witnessed at Stawell.’ 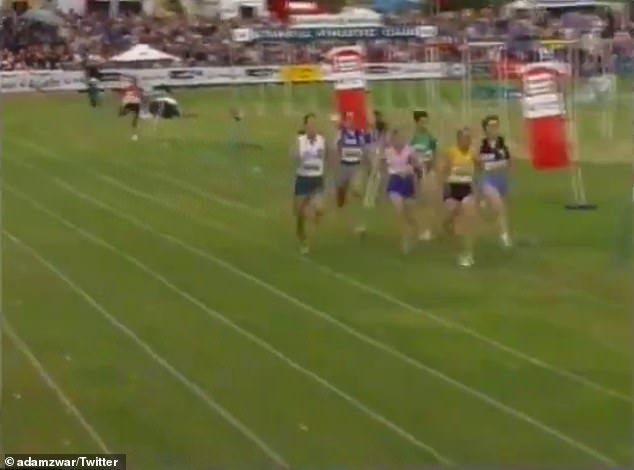 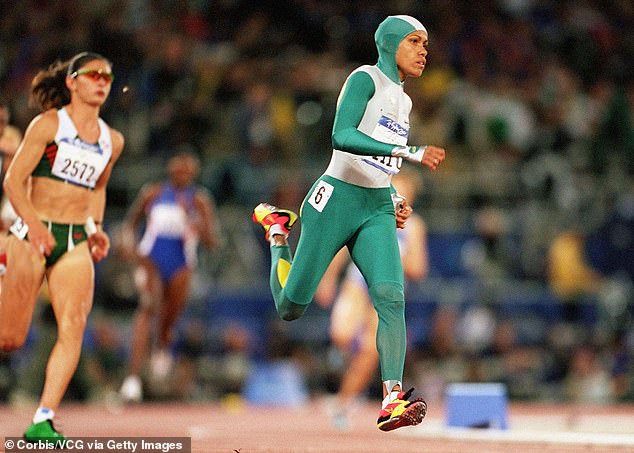 Pictured: Freeman is seen on the track during the 400m event at the Sydney Olympic Games

‘That is ridiculous. Not sure how it’s really even possible. What an athlete,’ one person wrote.

‘Remarkable run, rode the elbow well, amazing speed that last 50. She was just a beautiful athlete, loved watching her run,’ another wrote.

The dated vision resurfaced as Freeman marked the 20-year anniversary of the 2000 Sydney Olympic Games.

Freeman lit the cauldron to launch the sporting event and went on to win a gold medal in the 400 metres.

‘It’s at times like this that I reflect and I ponder the power of sport and the difference that sport can make in all of our lives,’ Freeman said on in a message recorded Melbourne.

‘I am very proud of the fact that when I lit the cauldron all those years ago, it was a symbol of hope for all young Australians.’ 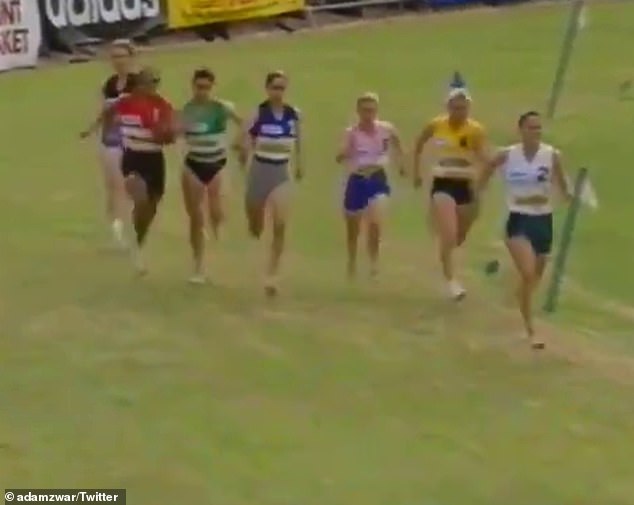