Bill Birtles of the ABC and Michael Smith of the Australian Financial Review landed in Sydney on Tuesday after a five-day negotiation with police who claimed they were linked to a national security case.

Government travel advice website Smartraveller was updated on July 7 to warn Aussies they face the risk of arbitrary detention in China based on national security grounds. 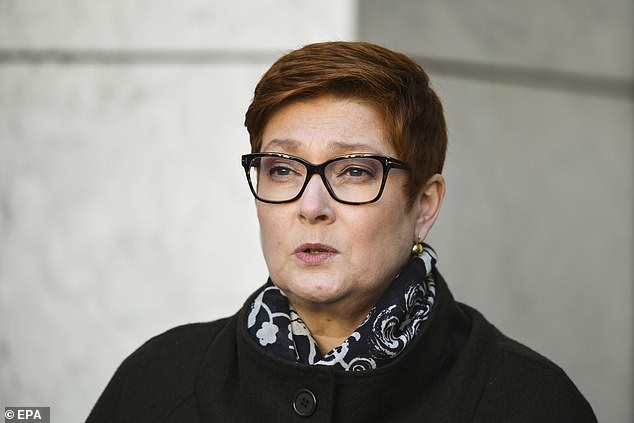 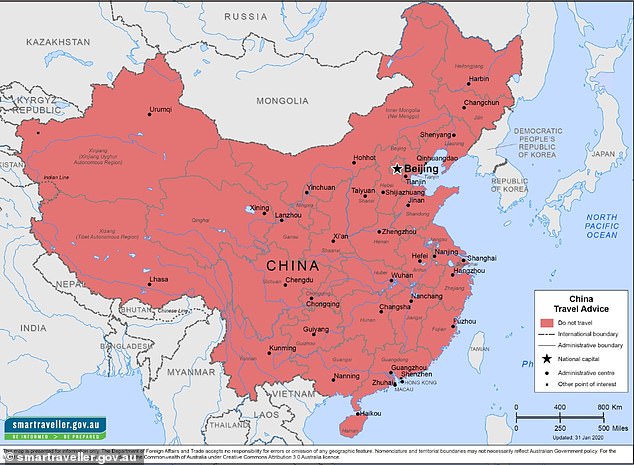 Do not travel advice is in place for every country in the world due to Australia’s strict response the coronavirus pandemic. Australian citizens can only leave the country if they have an exemption.

‘Can I say to all, please, observe the advice of DFAT provided on smart traveller,’ she said.

Smith and Birtles were approached by Chinese police after the detention of Australian journalist Cheng Lei, an anchor for state TV, was arrested.

The two journalists were told they were persons of interested into an investigation into Ms Lei and were told they could only leave China after submitting to a one-hour interview. 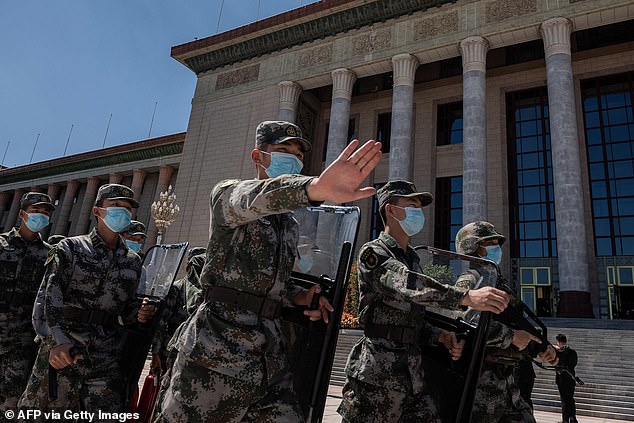 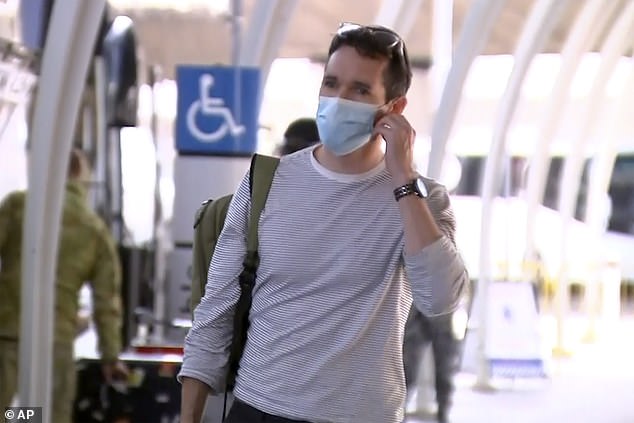 The pair flew back to Australia following intense questioning by China’s Ministry of State security.

Birtles said the ordeal ‘felt political’ and amounted to ‘harassment’.

He was first warned to leave China last week by Australian diplomats and had booked flights for Thursday morning.

But during farewell drinks in his apartment on Wednesday night, seven police officers showed up and told him he was banned from leaving China.

The officers said he would be contacted the next day and would be questioned over a ‘national security case’.

He then spent the next four days staying in the Australian Embassy in Beijing as Chinese officials demanded an interview.

Birtles refused to speak to them but on Sunday agreed to be interviewed so his travel ban could be lifted. 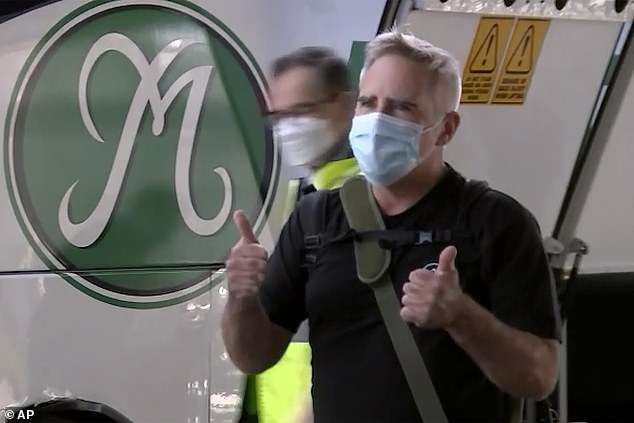 Michael Smith (pictured), the China correspondent for the Australian Financial Review, returned to Sydney from China on Tuesday

The following morning he flew from Beijing to Shanghai and then back to Sydney.

Smith had also been questioned by Chinese officials who arrived at his home around 12.30am on Thursday.

He then sought refuge at the Australian consulate in Shanghai before returning to Sydney.

‘It’s great to be back home safely after a difficult five days,’ Mr Smith said on Tuesday.

‘The late night visit by police at my home was intimidating and unnecessary and highlights the pressure all foreign journalists are under in China right now.’

The departure of Birtles and Smith means there are currently no accredited Australian journalists in China.

It comes after it was revealed Ms Lei, who has two children in Melbourne had been detained in China since August 14.

It is not known why Ms Lei, who is a high profile anchor for state broadcaster CGTN in Beijing, is being detained.

Tensions between China and Australian have grown in recent months after Scott Morrison called for an independent inquiry into the origins of Covid-19. 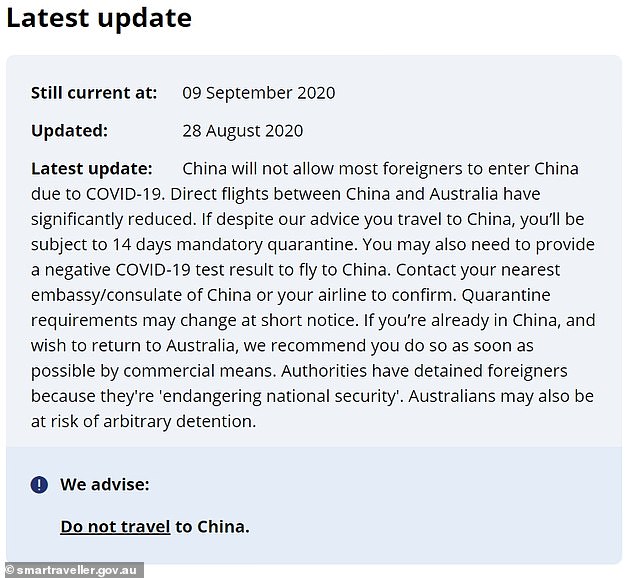