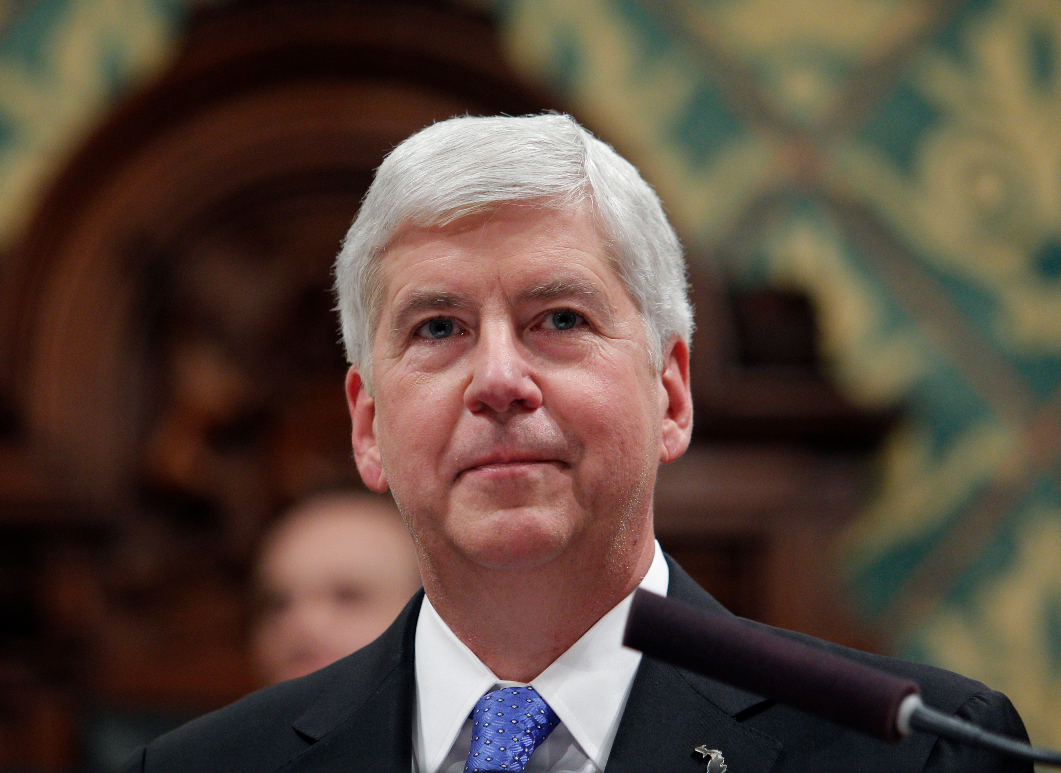 “Being strong is standing up for your convictions. Being a bully is trying to intimidate those who are perceived to be weaker or a threat,” Snyder wrote. “As a proud nerd, I had to deal with bullies over many years; it is tragedy watching our world suffer from one.”

Biden has now received the formal backing of Michigan’s two most recent governors. Snyder was the Midwestern swing state’s top elected official from 2011-2018, and his successor, Democrat Gretchen Whitmer, was reportedly a finalist to become Biden’s running mate.

But Snyder’s endorsement could also come with scrutiny from some Democrats unwilling to embrace the former governor, who has faced significant criticism for his handling of the Flint water crisis.

Biden’s campaign has sought to highlight bipartisan support for his candidacy, rolling out a series of endorsements from former Trump administration officials and Republican officeholders in recent weeks.

Last week, the former vice president’s campaign launched “Republicans for Biden,” a national effort aimed at encouraging GOP voters supporting Biden to organize in their communities ahead of the November election.

The announcement coincided with more than two dozen former Republican members of Congress endorsing Biden, including former Arizona Sen. Jeff Flake, a frequent Trump critic within the GOP who opted against running for reelection in 2018.

Reuters reported Thursday morning that Snyder was one of nearly 100 Republican and independent leaders expected to endorse the Democratic presidential nominee.