A former investment banker has become an unlikely YouTube sensation by posting videos of him completing difficult sudoku puzzles.

Simon Anthony, 46, decided to take a risk and quit his job at a London investment bank to solve sudoku puzzles on YouTube.

The early webcam videos of him solving sudoku from his spare room in Reigate, Surrey, gained around 100 views.

But three years after launching the channel, Anthony has become a viral sensation with Cracking the Cryptic. 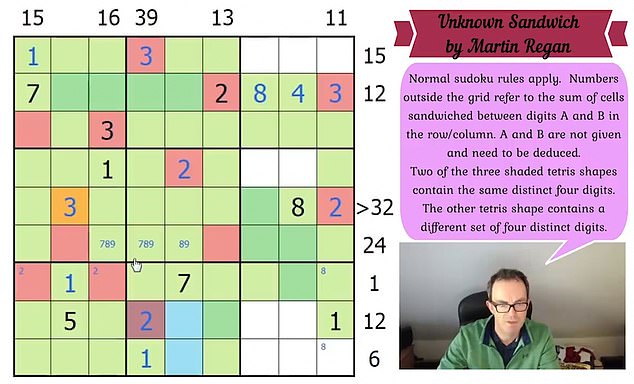 Simon Anthony, 46, from Reigate, Surrey, quit his job at a London investment bank to solve sudoku puzzles on YouTube and has become a sensation with more than 210,000 subscribers 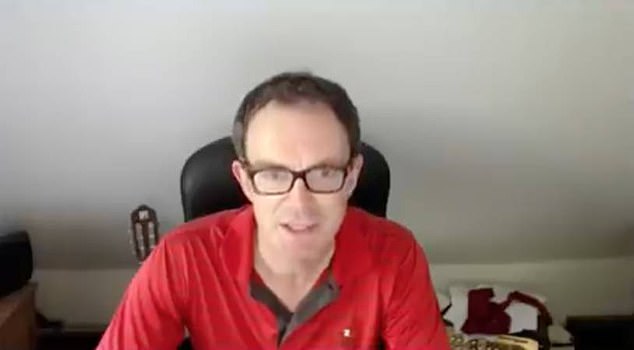 The channel, which Simon (pictured) claims is YouTube’s most popular sudoku channel, has more than 210,000 subscribers and totals almost 30million views

Simon runs the YouTube channel with his friend Mark Goodliffe, 53, from Gloucestershire, and has hundreds of thousands of people hooked during the coronavirus lockdown.

‘We’re getting an awful lot of emails saying we’re helping people with their mental health,’ he said to the Guardian. ‘There seems to be a sort of ASMR-type quality to the videos.’

The channel, which the pair claim is YouTube’s most popular sudoku channel, has more than 210,000 subscribers and totals almost 30million views.

The pair post two low-fi videos each day, with each one lasting around half an hour.

Each video has the same format, with Simon or Mark appearing in the bottom corner with the puzzle taking centre-stage.

Simon’s voiceovers show his genuine love of solving puzzles, throwing out classically British phrases like ‘oh my goodness me’ in his delight when he beats the sudoku. 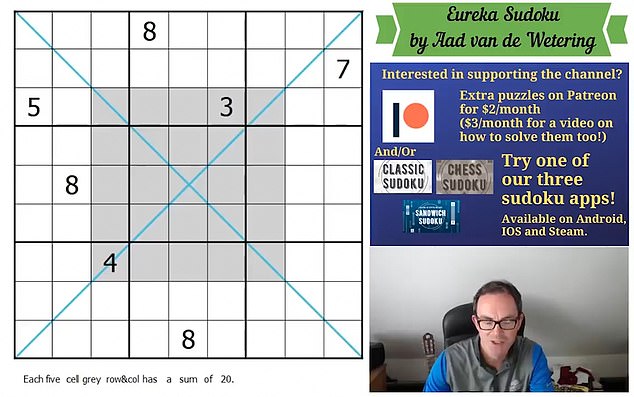 Simon runs the YouTube channel with his friend Mark Goodliffe, 53, from Gloucestershire, and has hundreds of thousands of people hooked during the coronavirus lockdown 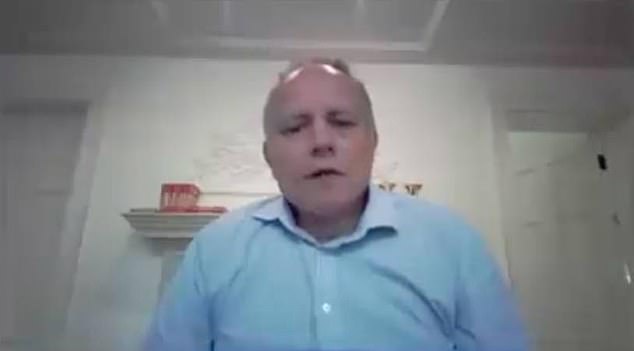 Simon runs the YouTube channel with his friend Mark Goodliffe, 53, from Gloucestershire, (pictured) and they have people hooked during the coronavirus lockdown

Simon and Mark met at a crossword championships 20 years ago, when puzzling could not be a digital sport, but now the pair can reach huge audiences all from their own homes.

Mark is the reigning Times crossword champion and reigning UK sudoku champion and Simon was a former UK team member in the world sudoku and world puzzle championships.

Simon said the fame is ‘surreal’ and the two men have even launched four apps and a range of merchandise.

Simon, a father-of-two, does not regret quitting his job. He said: ‘I only did it for one reason and was constantly aware I was working my youth away.’

His income is still lower than it was but is climbing fast as he gains more popularity during lockdown.

His videos reach viewings anything from 10,000 to 3.4million, as fans have grown to love his modest voiceovers.

The channel’s success is far-reaching as America is home to 27% of Simon’s audience. 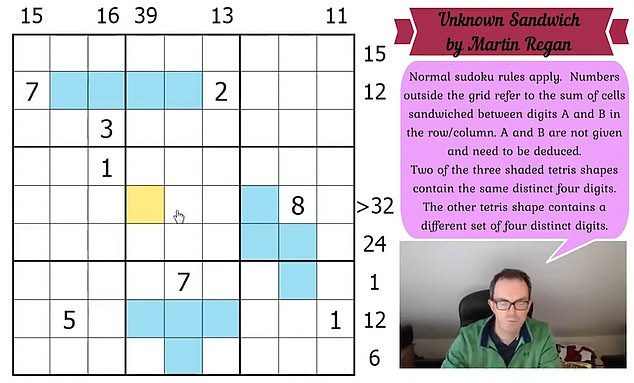 The pair post two videos each day and each video lasts around half an hour, with viewers on the edge of their seats as either Simon or Mark solve almost impossible puzzles

‘The videos are SO interesting but also help me relax!’

Other famous fans of Cracking the Cryptic include author Simon Singh and Countdown’s Rachel Riley.

Simon talks viewers through the difficult puzzles slowly and clearly, but also manages to impress people with how quickly his brain works to figure out the maths.

In his video from May 22, Solve for X Sudoku, Simon baffles fans at the end of the video, when he quickly fills in the remaining numbers in minutes. 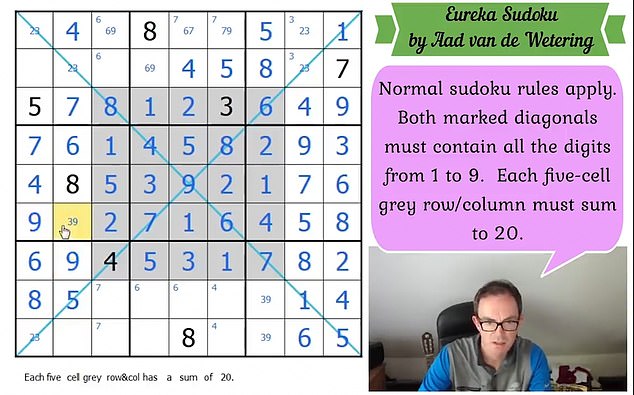 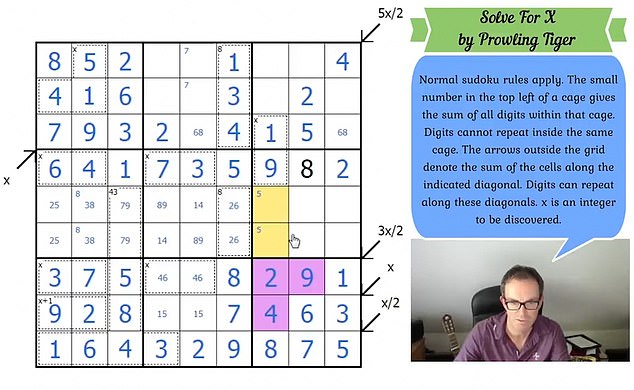 America is home to 27% of Simon’s audience. Fans are hooked on Simon’s modest voiceovers and his videos get viewing figures anything from 10,000 to 3.4million

He makes one small mistake as his fingers move quickly to fill in the gaps, but he immediately realises and alters his figures, the puzzle proving no match for him.

Simon says at the end of the video: ‘Check, and that is how to solve another beautiful puzzle from Prowling Tiger! Not easy, not easy.

‘I was a bit slow towards the end of that, but I was quite pleased with finding x as quickly as I did.’

Simon reads all the comments to every video he posts and says he gets a great deal of pleasure out of his fans’s reactions.

One fan said in the comments section: ‘Been watching these videos so much that whenever I do a puzzle on my own, my thought process is in Simon’s voice. This is the opposite of a problem.’

Cracking the Cryptic apps have many different types of sudoku puzzles for fans to try, including Classic Sudoku which has a total of 65 puzzles.

Their other apps are called Sandwich Sudoku, Chess Sudoku and Thermo Sudoku and give fans new challenges to improve their puzzle solving skills.