Fraudsters are now stealing almost £80million per day as they exploit concerns over the coronavirus crisis.

The shocking figure is four times higher than at the start of the pandemic, Money Mail can reveal.

Experts have been warning of a spike in losses as criminals seek to cash in on the crisis. The figures from Action Fraud – the national reporting centre for fraud and cybercrime – show for the first time the true cost of this. 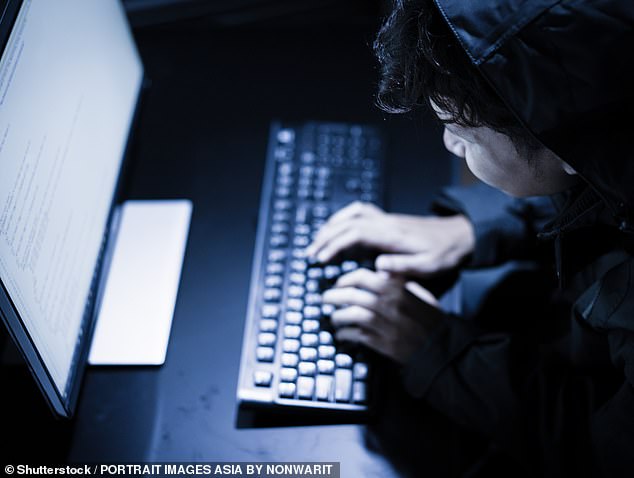 Fraudsters are now stealing almost £80million per day as they exploit concerns over the coronavirus crisis. Pictured: Stock image

But the true figure is likely to be much higher because it is believed just 15 per cent of cases are reported to Action Fraud. It means £76.6million may have been lost to fraud every day in July.

The figures include all types of fraud. Banks will often refund customers if scammers access victims’ accounts without them realising. But it is much harder for victims to get their money back if they are tricked into handing it over.

Conmen have been preying on fears about the virus by setting up bogus online stores selling items such as face masks and hand sanitiser and sending scam emails to offer medical updates.

Cyber criminals have also pounced on the switch to working from home as millions struggle to come to terms with remote technology.

Many of those being targeted are the elderly who are less familiar with the internet but now need it to shop and keep in contact with friends and family.

Action Fraud data also shows the average loss has increased from around £4,000 per case in March to more than £10,000 in July. 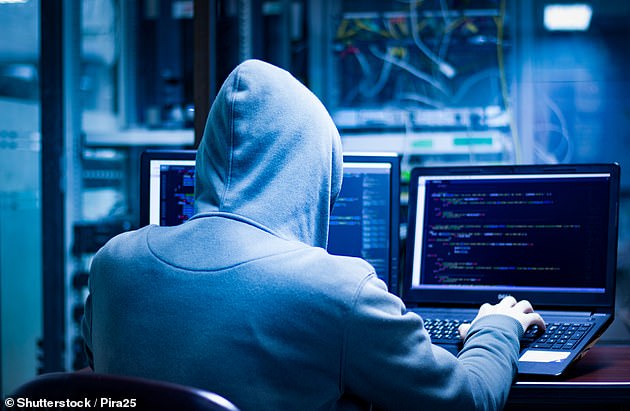 Experts have been warning of a spike in losses as criminals seek to cash in on the crisis. Pictured: Stock image

Richard Emery, fraud consultant at 4Keys International, said this was probably driven by a rise in high-value swindles such as investment scams, which saw a 50 per cent increase in cases at an average cost of £22,000.

Mr Emery said the rise was ‘likely to be the result of fraudsters preying on concerns about the near-zero interest being paid by the banks.’

Swindles linked to property purchases could also be behind the spike in losses. For example, scammers are able to pocket deposits by impersonating a buyer’s solicitor.

Gareth Shaw of Which?, said: ‘These worrying figures reflect our own research which has shown how the pandemic has created the perfect environment for unscrupulous fraudsters to operate.

Money Mail has today launched a special series to help readers fight back against the fraudsters.

It will explain how readers can spot and stop scams and offer tips on how to get your money back if you realise you’ve been conned.