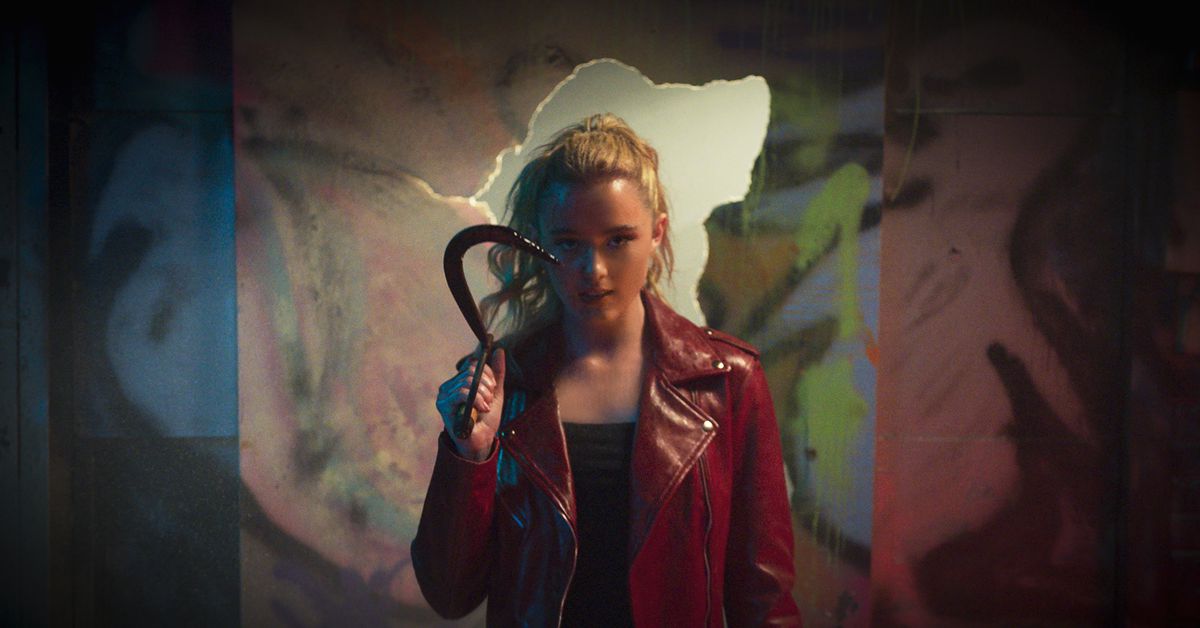 The premise of Freaky Friday, a 1972 novel that has now been adapted for the screen several times (most notably as a 2003 movie starring Lindsay Lohan and Jamie Lee Curtis), is that a mother and daughter switch bodies for a day, and come to better understand each other in the process.

The premise of the upcoming horror-comedy Freaky is, as suggested by its title, fairly similar, although coming to a mutual understanding might not be in the cards.

Millie (Kathryn Newton) is an awkward high schooler. Unfortunately, her high school experience is about to get a lot worse. When a serial killer (Vince Vaughn) attempts to kill her, they end up swapping bodies. Millie only has 24 hours to get her body back — and to stop the serial killer as he uses her body to catch people unawares.

The film co-stars Celeste O’Connor, Misha Osherovich, and Uriah Shelton as Millie’s friends, who must band together in order to help Millie reclaim her body.

Freaky is scheduled to be released in theaters on Nov. 13.