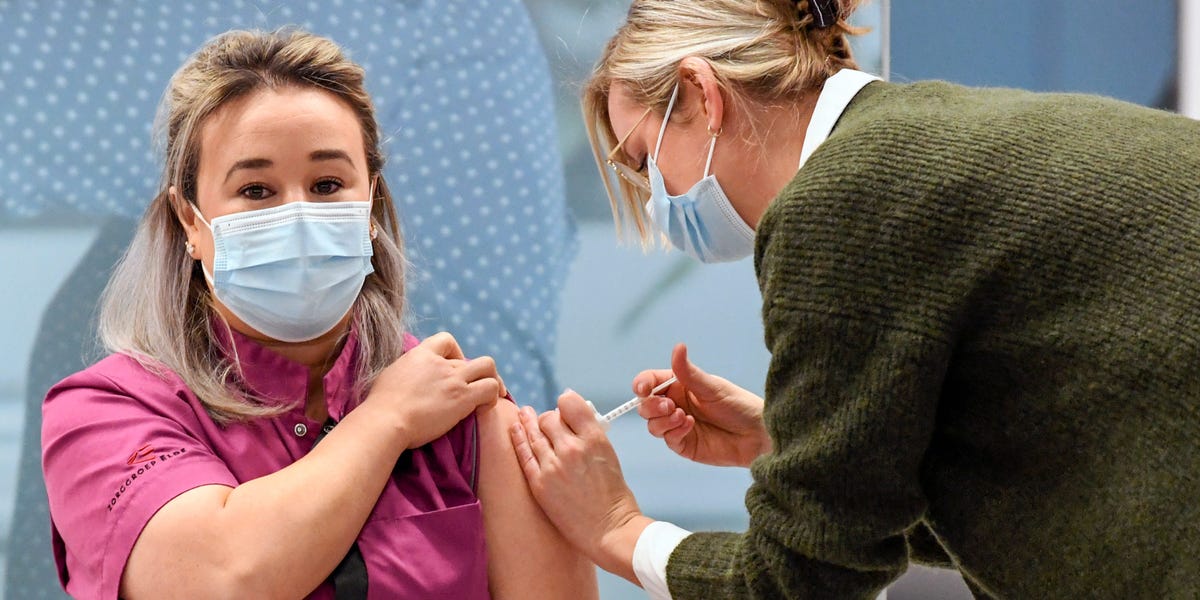 This was despite both groups initially carrying a similar level of virus, the researchers said.

The research adds to a growing body of evidence that vaccines help slow the spread of the Delta variant beyond simply stopping infection. In theory, if you’re less infectious for less time, you’re less likely to pass on the virus. A multi-centre study from Singapore, posted on July 31, reported similar results.

But there’s more work to be done before we can draw firm conclusions on how vaccines impact transmission.

Data shows that vaccines work against the Delta variant, and that “breakthrough infections” — i.e., when a vaccinated person gets COVID-19 — are usually mild.

In the Dutch study, researchers examined the COVID-19 lab tests of 161 breakthrough infections in 24,706 fully-vaccinated health workers between April and July. Delta caused most of the infections.

Roughly 85% of the 161 breakthrough infections were symptomatic, but none required hospital admission, the researchers said.

More than half of those in the vaccinated group, which had an average age of 25, had received Moderna’s shot, but the authors said findings were similar in people vaccinated with the Pfizer, AstraZeneca, or Johnson & Johnson COVID-19 vaccines.

Delta became dominant after most health workers in the country were vaccinated, so for the control group, researchers tested unvaccinated people who caught a less infectious virus strain between April and December 2020.

Read more: Experts explain why the mRNA tech that revolutionized COVID-19 vaccines could be the answer to incurable diseases, heart attacks, and even snake bites: ‘The possibilities are endless’

Vaccinated people can still be infectious

Both the Singapore and Dutch studies measured the number of virus particles, which is considered the best proxy for how infectious somebody is — but it’s an imperfect measure that varies from person to person and throughout the course of illness.

Neither study has been scrutinized by other experts in a peer review.

The Dutch scientists cautioned that infectious virus particles were found in 68.6% of breakthrough cases.

The “infectivity of individuals with breakthrough infections should not be neglected,” they said.