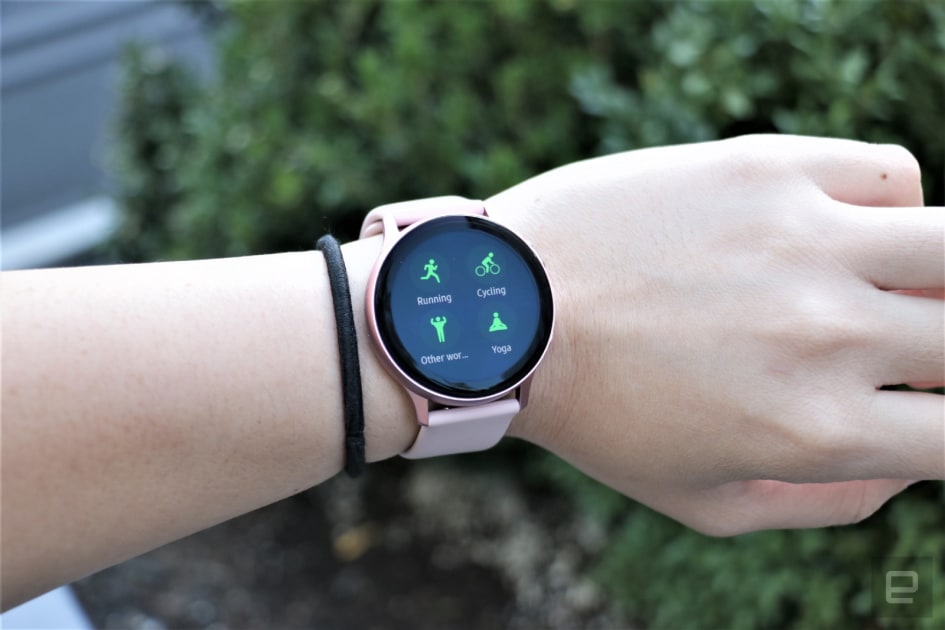 On the communication front, there’s a smart reply option while the watch can display emoticons and photos. You can see your chat history instead of just the most recent message, and you can send AR emoji stickers and bitmoji stickers directly from your wrist.

On top of that, you’ll have instant access to playlists on your phone and a scroll capture feature. You can use that to capture message threads, workout stats and more in a scrolling screenshot that the watch automatically sends to your phone.

It’s good to see Samsung continuing its trend of bringing features from its latest devices to its older ones, even though owners of the year-old Galaxy Watch Active 2 will have less incentive to upgrade. The update’s initially rolling out to the Bluetooth versions of the smartwatch and it’ll hit the LTE variants later. You’ll need the latest version of the Galaxy Wearable app along with the Galaxy Watch Active 2 plugin.