In the annals of (Crusader Kings III) history, the reign of Petty King Murchad mac Donnchad of Munster will probably go down as “not the best.” That wasn’t his fault, but rather his bad luck at being saddled with me as the decision-maker behind his dynasty. He got married. He had three children. He fell ill. I picked him out a court physician… and realised I’d chosen unwisely when her remedy was to wave a spotted, severed hand in his face. He tried — and failed — to imprison his bishop. He won battles. He lost a pen-pal. And that all happened in my first 40 minutes or so in the tutorial. 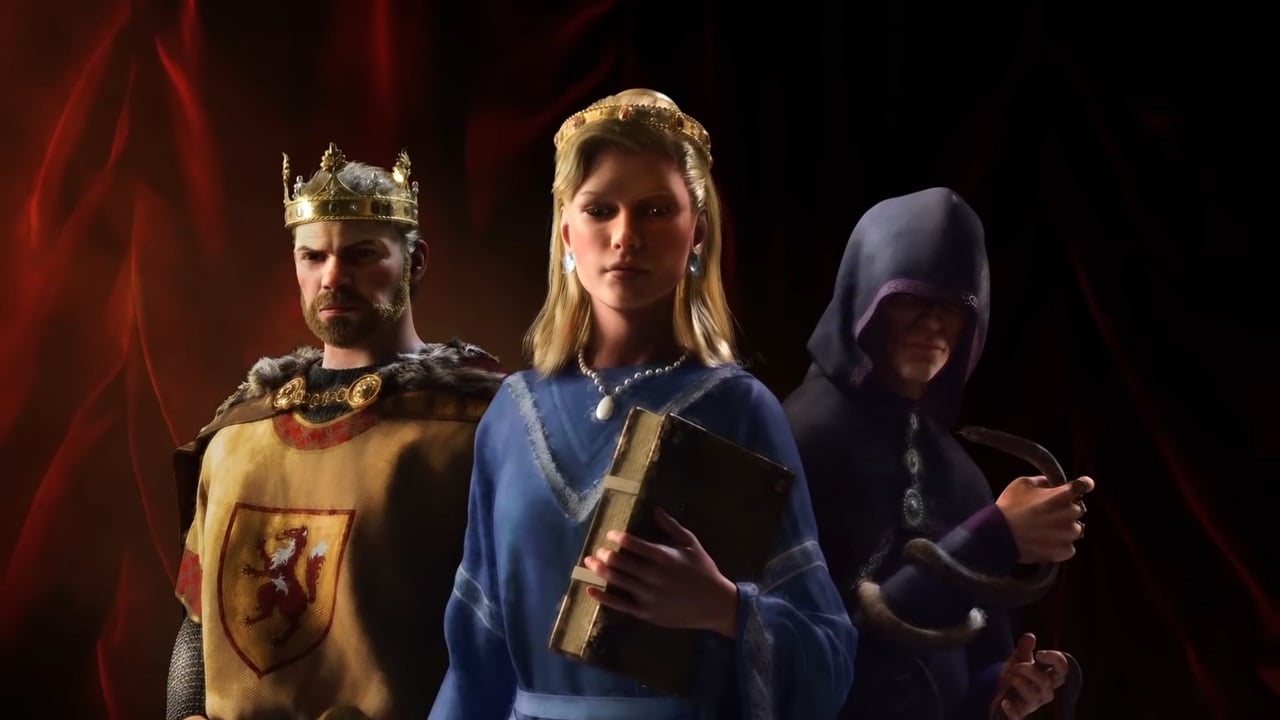 Crusader Kings III (Win 10) is a beast of a game. If you’re new to the series, like I am, I would definitely recommend playing through the tutorial bit in Ireland. From the sounds of things, Crusader Kings III is more generous with the learning curve than its predecessors, but there’s still so much to take in that it can be a little overwhelming. The devs have tried to minimise excessive pop-up screens by nestling tutorial messages inside other tutorial messages, and hovering over a word in one box will open another with a new explanation, and so on. It’s a little like watching one video only to fall down the YouTube rabbit hole: you might open these messages to learn more about piety, only to realise much later that you’ve somehow moved on to reading about how to form your very own religion.

That dense wall of information is part of what makes the game so great. You’re not settling in for a short playthrough here, you’re learning to guide a dynasty through multiple generations. The tutorial helps a little, but the devs have made it pretty clear you’ll do most of the learning yourself. It’ll be a trial-and-error experience, as I found out to my cost. As the impatient Petty King Murchad mac… you know what, let’s just call him Chad. As the impatient Chad, I foolishly thought I was ready to leave the Ireland tutorial. Less than a minute later, I abandoned my new kingdom in Bohemia and went scurrying back to my rule in Ireland. The tutorial did not welcome me back. After winning a few more battles, the success went to my head. I thought I was ready to take over all of Ireland, as Chad had recovered, and his heirs were marrying and having children of their own. What could stop me? As it turned out, everything. In quick succession, three different rulers declared war on me. Scotland invaded with a massive army, and while I was distracted, my own peasants rose up to attack me. My council members were dying all over the place, my armies were scattered, and two of my nephews — who I didn’t even know I had — were killed in the chaos. Sorry, guys. Of course, war is only one part of it. There’s a huge degree of complexity to Crusader Kings III, with political intrigue, schemes, favours, seductions, marriages, assassinations, spies, and personalities all playing their part, yet Crusader Kings III somehow manages to make this massive game a story of personal successes and tribulations. The amount of detail is insane: there are three levels to the map alone, and clicking on any character will lead to a wall of info on their personal traits, their opinion of you, their house, their holdings, and their nearest relations across several generations. The long titles, houses, and number of relatives can feel a little overwhelming, but while this might feel frustrating in other games, gorging on all this data in Crusader Kings III feels more than worth the effort. Plus, it genuinely feels a little like what being a harried monarch must be like — I tried to complete just one task, only to be interrupted constantly by messages, events, plots, and general chaos. I was trying to ferret out some info on that no-good bishop, and hadn’t managed to make any progress. Suddenly, my wife popped up with our new child to demand I pick a name, and like a terrible husband I decided to name her after a long-lost relative just to get them both out of the way. But no luck: an irritated courtier appeared seconds later to demand a place on my council. Then an arrest happened in some far-off court, my son needed a bride, my steward bungled his tasks, my spymaster was proving useless… I was starting to think that ditching Ireland and having Chad sail off in search of a holiday home might not be the worst idea. 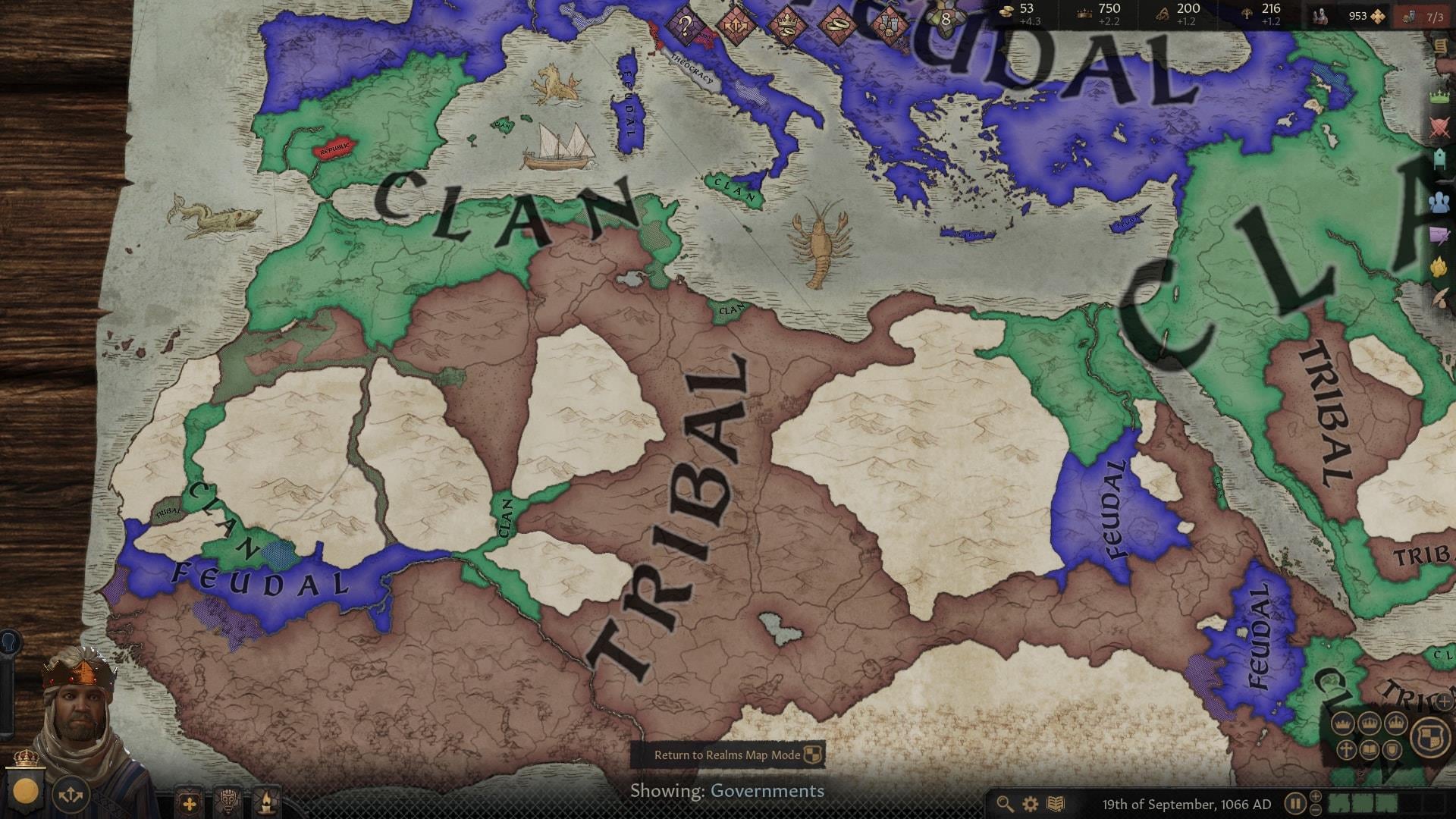 Above all that chaos, Crusader Kings III is beautiful. Any confusion about the massive number of characters is helped as each has their own detailed 3D portrait, although things did get a little dicey when I was called to war against Chad’s double a few counties over. Zooming out on the map transforms it into a gorgeous paper depiction of the medieval world, while zooming in shows your holdings and lands in extensive detail. The alerts and events for various daily happenings, written from the point of view of my harried king, helped ground the game in that personal narrative, and even the few seconds of loading screens were given over to snapshots of medieval life rendered in the style of oil paintings.

Based on how much I am currently failing to lead Chad’s dynasty to success, I should be fuming. I’m a fan of the type of strategy that Age of Mythology has to offer, and after my utter defeat at the hands of the King of Scotland, I should be ready to abandon Ireland altogether, vowing never to return. Yet the level of detail Crusader Kings III has, the complexity and depth to the gameplay, and the feeling that 100 hours in this game wouldn’t even be enough to scratch the surface, all make it utterly irresistible, and this evening will most likely find me attempting to drive the Munster dynasty on to its uncertain end.

Heidi played for around four hours on PC to bring you these early impressions of Crusader Kings III.

EDITOR’S NOTE: Xbox Game Pass is always moving, always growing, always changing. And as game install sizes and play times continue to balloon (while some areas still can’t escape the trappings of capped internet usage), I thought it might be a good idea to start giving you, our fine readers, the lowdown on new additions to Game Pass, across console and PC. Just like you don’t have time to play everything on the service, we don’t have time to do full reviews of it all. So when we’re not planning on reviewing things, the plan is to tackle the big Game Pass additions a little like this, with first impression pieces within a day of them going up, quick as we can, to let you know whether they’re worth your attention, your bandwidth, and your time.

You might also notice the traffic-light-style grading system there, too. Slapping regular scores on these games after such limited play time would be unjust, so we came up with a simple three-tier recommendation system.
HARD PASS: games that are just straight-up awful, and that show no signs of improvement within the opening few hours (if they even last that long).
PASSABLE: games that fail to make a solid first impression either way, or that are plagued by that one frustrating core element that will always hold them back.
FREE PASS: games that instantly impress — or that sparkle with potential even early on — and that seem like they should be easy recommendations.
It’s worth noting that we all play a ton of games between us on team, so if we run one of these first impressions pieces and one of us, after considerably more time with a game, thinks we were unfair or too generous, I have no problem running quick opinion pieces to help set the record straight. Some games start well but fall off a cliff a few hours in, while others (can you feel me glaring at Final Fantasy XIII? Because I am…) take dozens of hours before they even get going. And we can, should, and will respond to that.

I want this kind of article to be a running thing, so please jump into the comments below and let us know how we can improve and evolve it. Is this kind of coverage useful for you? Would you read it anyway purely for entertainment? What could we add or remove to help make it better? What kind of details should we be focusing on? I know that everyone will have their own ideas, as do we, but it’ll be super useful for us to get a feel for where we are now, and where you think we should be heading. At the end of the day, we’re here for your benefit and your entertainment, so your voice matters. Thanks!