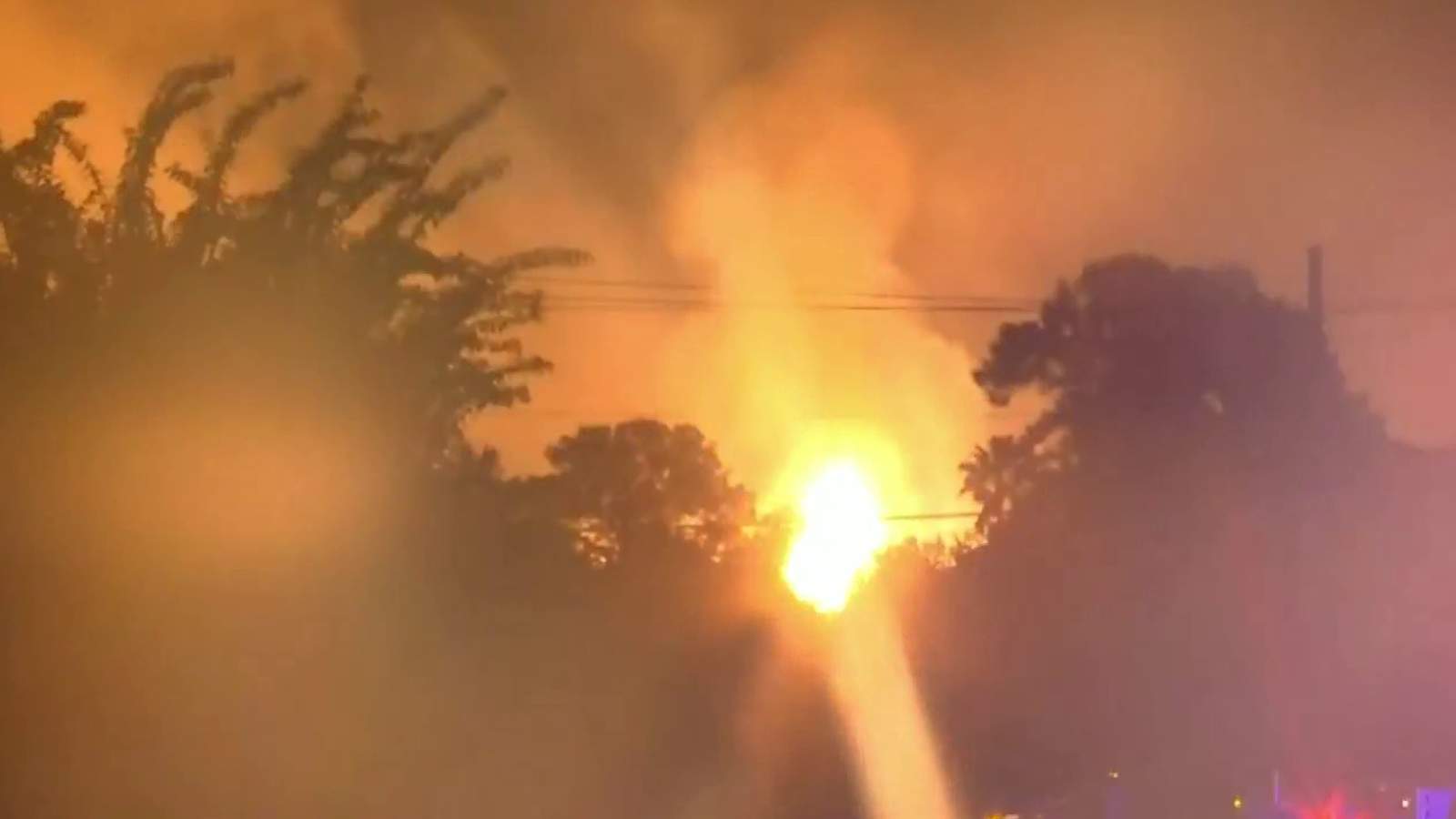 The fire broke out around 1 a.m. near Michigan Avenue and Oregon Street, west of I-4 near the St. Johns River.

A ball of smoke and flames shot into the sky for nearly two hours, with News 6 viewers saying they could see flames and smoke from miles away.

Fire officials said they received so many calls about the fire that they had difficulty pinpointing the exact source of the blaze. Crews discovered the ruptured 12-inch gas line in a remote area near the Black Bear Wilderness Area.

“It was in a very remote area, so from that perspective we were very fortunate,” a fire official said. “If this had been in a residential area, the potential for exposure fire to homes could have been very great. That’s why we took the precautionary measure of removing people from their homes until we could get a good handle on it.”

The gas line was turned off around 2:30 a.m. and the fire was extinguished.

It’s not known what caused the gas line to rupture. There was no construction in the area, but static electricity or a lightning strike could be to blame, officials said.

The hundreds who were forced to leave their homes were taken to a nearby Audi dealership where a tent was set up to house them. Some gathered at a nearby gas station. They were later allowed to return home.

“I could see through the top of the window — it was really light outside — even though it was nighttime still,” Jessica Bonetti said. “I could tell that it was a fire, so I ran back inside and got the cats.”

No injuries were reported and no homes were damaged, although some residents said the blasts shook their windows.

Busy morning with #BreakingNews overnight in Sanford. A ruptured gas line caught fire and sent flames 100+ feet in the air for two hours! More than 800 homes were initially evacuated, but people have been allowed to return after the gas line was capped around 2:30 a.m. pic.twitter.com/fmSP3GxFfZ