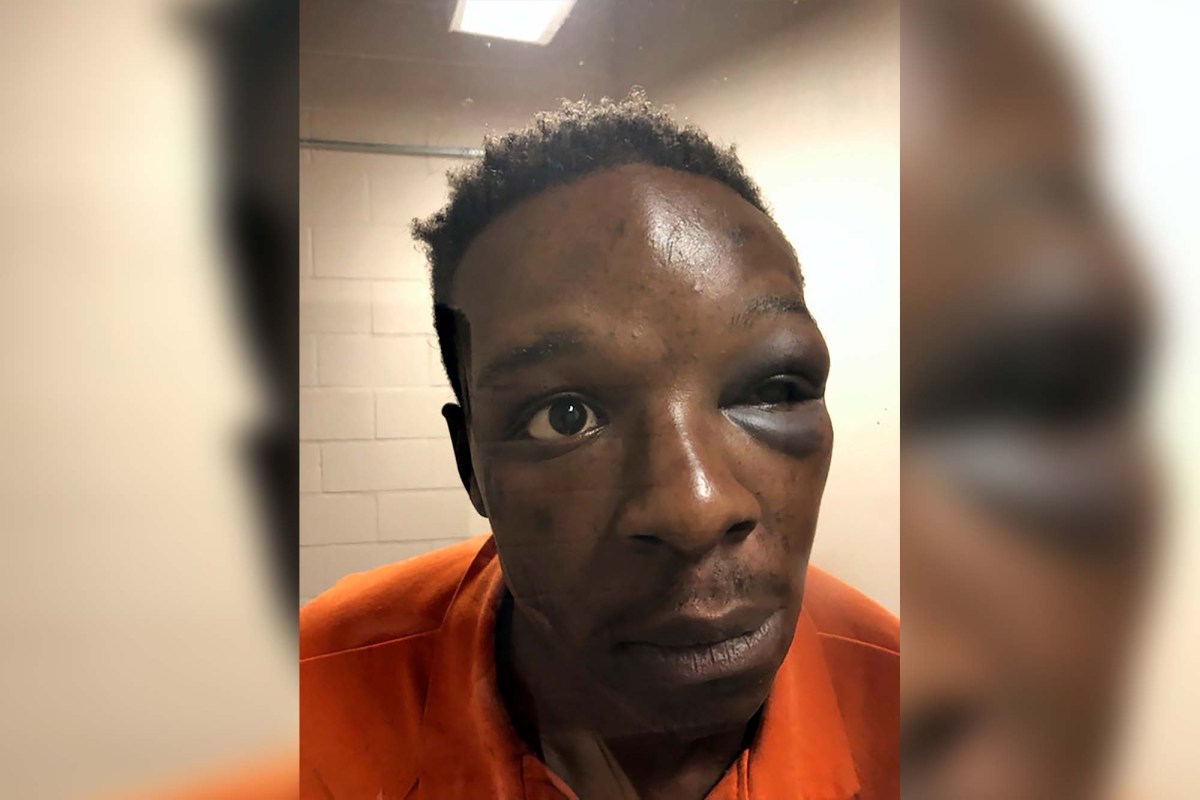 A Georgia sheriff’s deputy was fired after being caught on video repeatedly punching a black man as he lay pinned to the ground, authorities said Sunday.

The deputy, who wasn’t publicly identified, was canned for “excessive use of force,” the Clayton County Sheriff’s Office said in a statement.

The announcement came after a bystander video shared widely on social media showed two deputies on top of Roderick Walker — with one of them pummeling him.

Walker, 26, was arrested and beaten after deputies stopped the car he was riding in on Friday with his girlfriend, their five-month old child and his stepson — allegedly over a broken taillight, said his attorney, Shean Williams of The Cochran Firm in Atlanta.

The deputies demanded Walker’s ID — then got upset and ordered him out of the car when he asked why they needed it, since he wasn’t driving, Williams said.

Walker was arrested on suspicion of obstructing officers and battery.

A criminal investigation into the incident has been turned over to the Clayton County District Attorney’s Office, the sheriff’s office said.

Walker was being held without bond because he has a felony probation warrant out of Fulton County for cruelty to children, possession of a firearm by a convicted felon and a failure to appear warrant out of Hapeville, the sheriff’s office said.