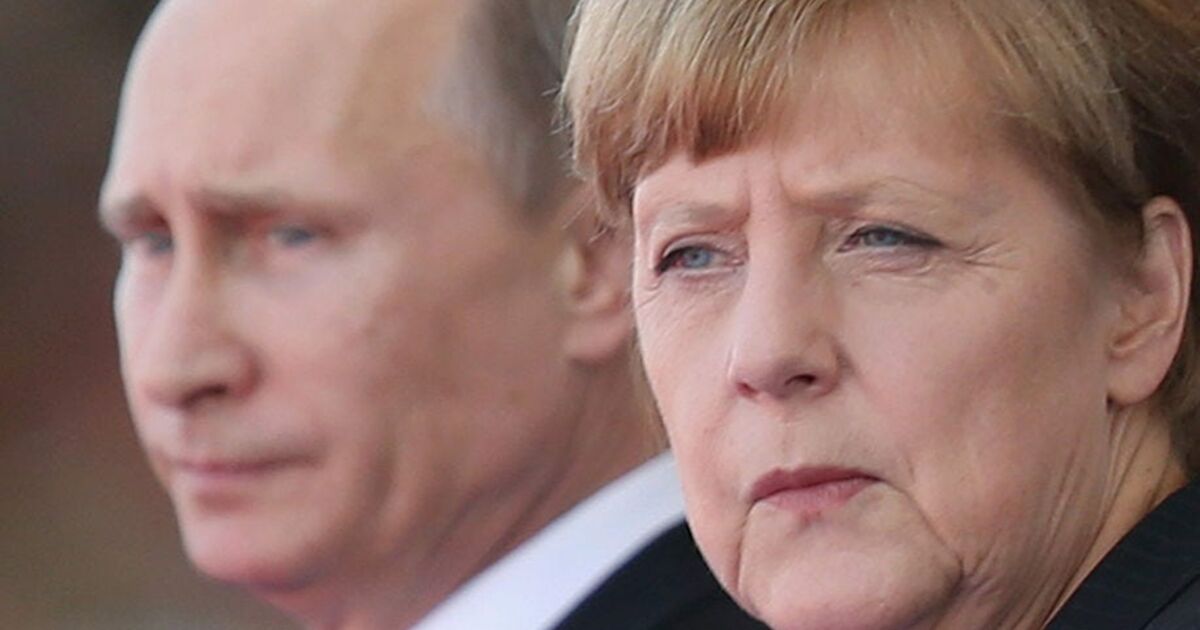 Angela Merkel is under pressure to abandon a giant gas pipeline from being built from Russia to Germany after members of her party openly accused Vladimir Putin’s government of poisoning Kremlin critic Alexei Navalny.

Navalny, an activist and politician who has become famous as one of the Russian president’s most vocal critics in Russia, was taken ill on a plane to Moscow on August 20 and is being treated at a hospital in Berlin. Merkel announced this week that he had been poisoned with a Novichok nerve agent, a group of poisons developed in Soviet Russia which is believed to be favoured by the country’s secret service operatives.

Senior members of Germany’s government said that Navalny’s poisoning should prompt Merkel to go further than consulting the EU about potential sanctions against Russia.

Norbert Röttgen, chair of the German parliament’s — or Bundestag’s — foreign affairs committee and a potential successor to Merkel when she steps down as chancellor next year, called on Merkel to pull out of the Nord Stream 2 pipeline project. The 764-mile pipeline is nearly completed and would carry natural gas from Russia to north Germany, and double the capacity of the existing Nord Stream pipeline, according to The Washington Post.

Röttgen said that completing the project would be an implicit endorsement of Putin’s “inhuman and contemptuous politics.”

“After the poisoning of Navalny we need a strong European answer, which Putin understands,” Röttgen said, in comments reported by the Guardian newspaper. “The EU should jointly decide to stop Nord Stream 2

The German Green party, which holds 67 of the Bundestag’s 709 seats, also called on the chancellor to pull out of the project, and directly accused the Russian government of orchestrating the attack on Navalny.

“This openly attempted murder through the Kremlin’s mafia-like structures should not just worry us but needs to have real consequences,” said Katrin Göring-Eckardt, co-chair of the Greens in the Bundestag, in comments reported by the Guardian.

“Nord Stream 2 is no longer something we can jointly pursue with Russia,” Göring-Eckardt added. Boris Johnson, the UK prime minister, also called this week for the Russian government to explain its actions in relation to the Navalny poisoning.

The EU is considering introducing more sanctions against Russia. The Trump administration has remained largely silent on the issue, although a National Security Council spokesperson said that the US was “deeply troubled” by Germany’s announcement that a Novichok nerve agent had been used in the poisoning.

Dominic Raab, the UK foreign secretary, spoke to Germany’s foreign minister Heiko Maas on Thursday. In a statement afterwards, a UK Foreign Office spokesperson said: “The Foreign Secretary and Maas agreed that any use of Novichok was a violation of the Chemical Weapons Convention, and therefore a matter of international concern.

“They agreed to work together closely, including in the Organisation for the Prohibition of Chemical Weapons (OPCW), to ensure Russia was held accountable for its international obligations.”

Russia has said that the West should not rush to judgements over Navalny’s poisoning, and said there were no grounds to accuse it of the crime. “There are no grounds to accuse the Russian state. And we are not inclined to accept any accusations in this respect,” Putin’s press spokesperson Dmitry Peskov said on Thursday, in comments reported by Reuters.